Greenville-Spartanburg International Airport will use about $11 million in FAA Airport Improvement Program funds to expand its capacity to accommodate large cargo planes.

The Federal Aviation Authority last month announced more than $3 billion in grants to improve airports around the country.

At GSP, the money will pay for part of a $30 million project to further develop the cargo apron and construct more warehouse space. The current apron will accommodate one 747 and the $11 million in AIP funds will pay for preparation and construction of enough apron space to accommodate 2.5 jumbo cargo planes, according to airport President and CEO Dave Edwards. He said GSP plans to apply for additional funding to create enough apron capacity for three 747s at once. In all, GSP plans to spend $17 million on the apron and $13 million for the warehouse space, said GSP spokesman Dudley Brown. 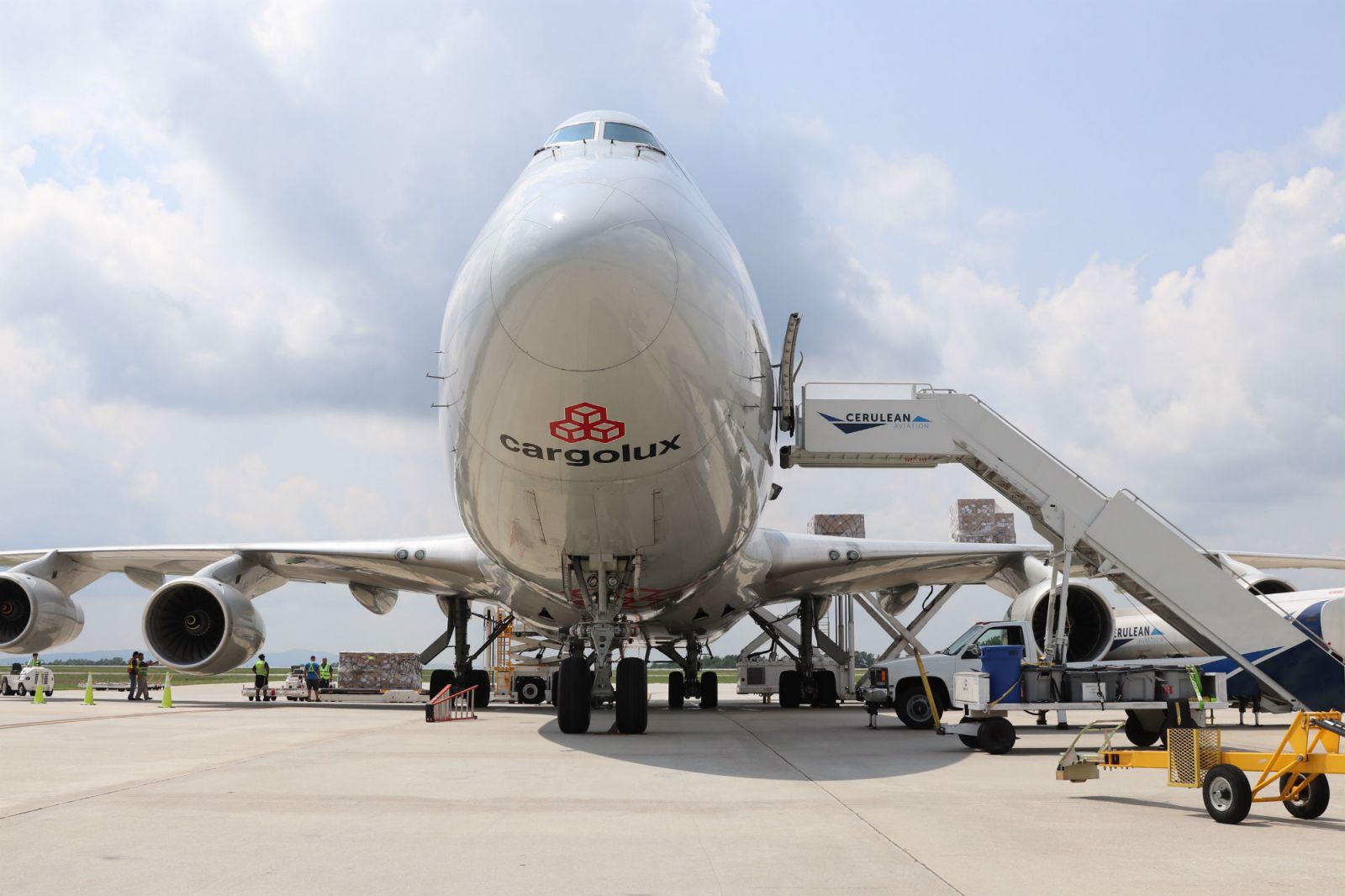 At the current traffic level, it would be rare for two 747s to be on the apron at once, but Edwards said one concern now is that if a plane on the ground needs service, another 747 can’t be accommodated until the first one is off the apron and back in the air. Besides that, more room for cargo means more cargo.

“We can’t grow the cargo business without more space,” he said, and it takes a lot of space to park a 747 – the expansion site is more than 12 acres and is not yet large enough for three planes at once.

Cargo continues to be a developing business for the airport, growing 26.3% from May 2017 to May 2018, when 9.7 million pounds of cargo passed through, according to information released earlier this summer from GSP. Senator International, a German-based freight shipping and logistics company, recently added weekly cargo flights from GSP to Querétaro Intercontinental Airport. The airport cargo service will have a busy September, too, when more than 500 horses take part in the World Equestrian Games after arriving via the runways in Greer.

Edwards said the growth of cargo is not a mistake, but the extra effort to grow it did start with some serendipity when BMW Manufacturing was grappling with supply chain challenges and needed a fast and reliable way to get transmissions shipped to the plant. When the automaker demonstrated that it could solve time-sensitive supply chain challenges through air freight at the local airport, other manufacturers started using GSP for more cargo, too, he said.

The service has grown from between two and six 747 flights at the end of 2016 to eight to 10 now. In addition, the airport sees about 1,000 flights a year from “hotshots” — small planes bringing last-minute cargo to fulfill more urgent, just-in-time needs for area manufacturers.

A 2012 study, when GSP was seeing two jumbo cargo flights a week, determined those two flights had a $40 million impact on the economy, Edwards said.

Airports receive AIP entitlement funding each year based on activity levels and project needs, according to a news release from U.S. Department of Transportation Secretary Elaine L. Chao, who announced the most recent round of grants. If an airport’s capital project needs exceed the available entitlement funds, the FAA can supplement the entitlements with discretionary funding, which is made available from the Airport and Airway Trust Fund.

“Our airports are essential in supporting $1.6 trillion in total economic activity and nearly 11 million jobs; these federal grants will help our airports to maintain safety and improve efficiency for freight and passengers,” Chao said in the news release.

According to the FAA’s most recent economic analysis, U.S. civil aviation accounts for $1.6 trillion in total economic activity and supports nearly 11 million jobs.

Other Upstate airports to receive funding were the Greenville Downtown Airport, $2,144,000 to rehabilitate runway lighting and taxiway lighting and to update its master plan; Greenwood County Airport, $10,500 to conduct a study and rehabilitate its taxiway; and Oconee County Regional Airport, $421,203 to acquire land for approaches and to expand its apron.

Work on the 12-plus acre site at GSP will begin in September, Edwards said.