When Jody Bryson started working at the Donaldson Center Industrial Airpark in Greenville in 2007 he had a plan. He knew the 2,600-acre commerce park and airfield had the potential to be more of an economic player on the world stage. So the executive director and CEO set out on a marketing and rebranding plan for the park.

SCTAC is home to 118 aviation and technology companies that include 3M, Michelin and Lockheed Martin. 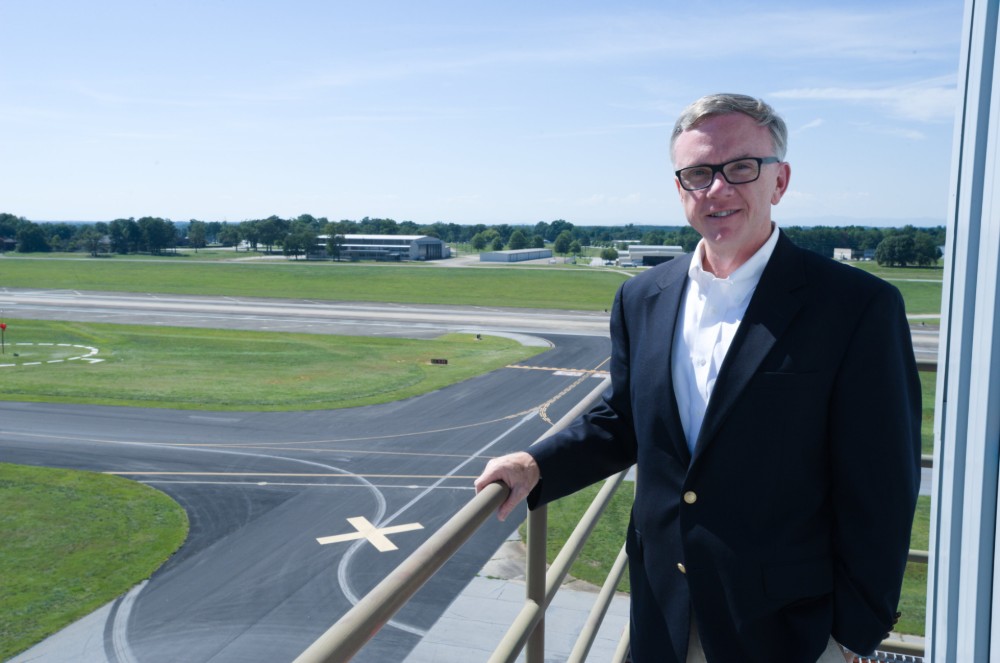 “One of the first things I did was execute a plan and strategy to rebrand the park so we could be more competitive in a global economy — to recruit businesses globally — and participate in the global economy rather than just be focused locally,” Bryson said.

The rebranding was not just a name change, he said. There were completely new strategies, starting with economic development.

To market itself globally, SCTAC developed a new website, marketing materials and a marketing budget.

The Donaldson name remains on the airport — Donaldson Field Airport. At 1,400 acres, it is the largest general aviation public airport in the state, according to Bryson.

“When we changed the name from Donaldson Center Industrial Airpark to SCTAC we wanted to preserve the legacy of Donaldson, who was a very important war hero,” Bryson said. The airport is named for Greenville native and World War I veteran Capt. John O. Donaldson.

Bryson can point to what he calls “significant developments” each year since the 2008 launch of the rebranding and marketing plan, although the first highlight he mentions “didn’t really have anything to do with the rebranding but was a major accomplishment.” It is when Lockheed Martin’s lease was up for renewal “and they were seriously looking at whether they should remain here or close Greenville down,” Bryson said.

“They asked for $3 million in upgrades to their facilities as part of the negotiations and we had to go find that money from the state,” he said. “When I came here in 2007, the organization had about $500,000 capital reserve, so $3 million was a lot. And to their credit, the state stepped up.”

The Army Aviation Support Facility at Donaldson Field, which opened in February 2014. The $26 million facility is where Chinook and Lakota helicopters are housed. Part of the vision for the three-phased center of excellence campus was that Guard units from other parts of the country would come to Greenville “to learn how to fly them and service them. It fills up hotel rooms and restaurants and helps the economy,” Bryson said.

The $22 million Joint Use Readiness Center opened in April 2018. It is a shared facility between the S.C. National Guard and Greenville Technical College’s Aircraft Maintenance Technology Program.

The $20 million Regional Field Maintenance Shop opened in June 2018. Bryson said anything that doesn’t fly is maintained in the shop.

Bryson said 2010 was focused on getting available SCTAC property ready for development. And 2011 brought with it a record number of economic development announcements from companies outside South Carolina “who truly responded to our new brand and our new global efforts,” he said.

The economic development announcements included the Spain-based Carbures; technology company GVD, based in Massachusetts; Coast Sign, a California-based company; and Cleanpart, a European company that selected SCTAC for its first U.S. location.

“This was all three years after the launch of our economic development strategy,” Bryson said.

Bryson believes the activity in 2012 helped Lockheed Martin get the F-16 production line from Texas. SCTAC received $1.5 million for completion of the $2.5 million Taxiway B extension and reconstruction.

“I knew if we were going to prepare for future growth from Lockheed Martin, who had just renewed their lease, we had to figure out a way to extend a new taxiway,” Bryson said. “It provides easier access to the runway for Lockheed Martin.”

The International Transportation Innovation Center, an automotive test bed on a closed runway, opened in 2013, followed by the 2014 widening and resurfacing of Perimeter Road around SCTAC, an $11.3 million grant to the center in 2015 and $3.8 million Federal aviation Administration grant for reconstruction of Taxiway A at Donaldson Field Airport. Then, in 2017, Lockheed Martin’s Greenville facility was selected for F-16 production.

“Without the things we set in motion back in 2007, I’m not sure all of this would have happened,” Bryson said.

Other than grant funding, SCTAC is 100% funded through business activity, primarily through lease revenues and track rentals, Bryson said.

“We’re very proud of that fact,” he said.