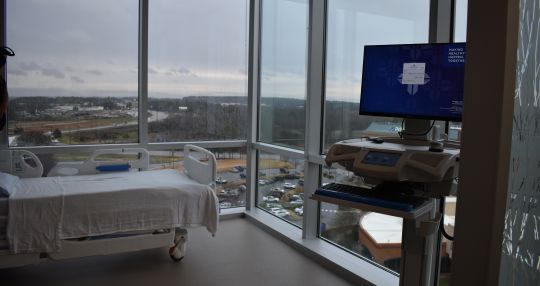 The U.S. State Department has approved another international deal to sell Greenville-made F-16s to a foreign government.

This $8 billion deal with Taiwan was approved by the State Department and delivered to Congress on Tuesday to begin a 30-day congressional notification period, according to a news release from the Defense Security Cooperation Agency, an arm of the Defense Department.

To be final, the deal also requires a “letter of offer and acceptance,” which is basically a sales contract, according to a State Department official. He said both steps are expected to be completed “pretty quickly” in the coming weeks.

U.S. Sen. Lindsey Graham praised the possible deal, which would put the third and largest contract so far in the hands of F-16 builders at Lockheed Martin’s site at the S.C. Technology and Aviation Center.

“I’m extremely pleased that President Trump plans to sell Taiwan 66 state-of-the art F-16s for their nation’s defense,” Graham said in a written statement. “They will provide great capability to Taiwan to defend their nation and their democracy.”

The possible deal is not without controversy. Media outlets, including the BBC, are reporting that China, which considers Taiwan part of its mainland, is not happy about the sale. Graham was not discouraged by those reports.

“I truly appreciate President Trump supporting Taiwan during these difficult times,” Graham’s statement said. “Standing with Taiwan and trying to have better relations with China are not mutually exclusive goals.”

The proposed $8 billion deal includes 66 aircraft and a long list of other equipment, including additional engines, weapons and computers, according to the news release.

In July, Bulgaria became the second buyer, with a $1.26 billion order for eight of the fighter jets. Production is expected to begin before the end of the year, according to a Lockheed Martin representative.