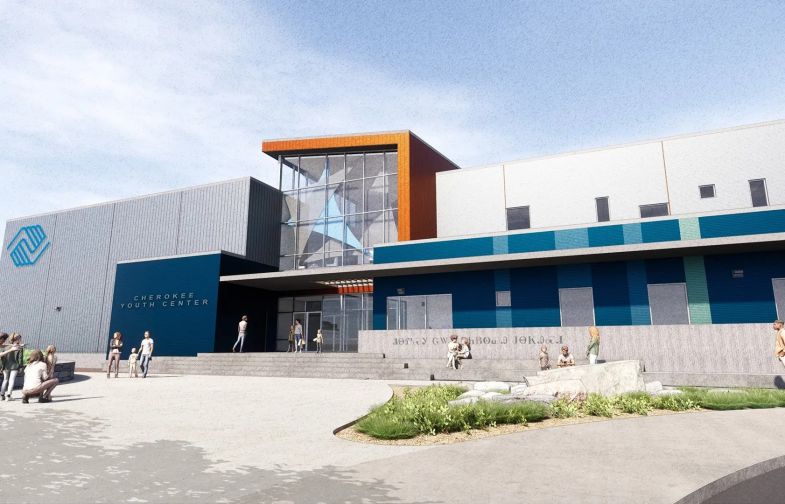 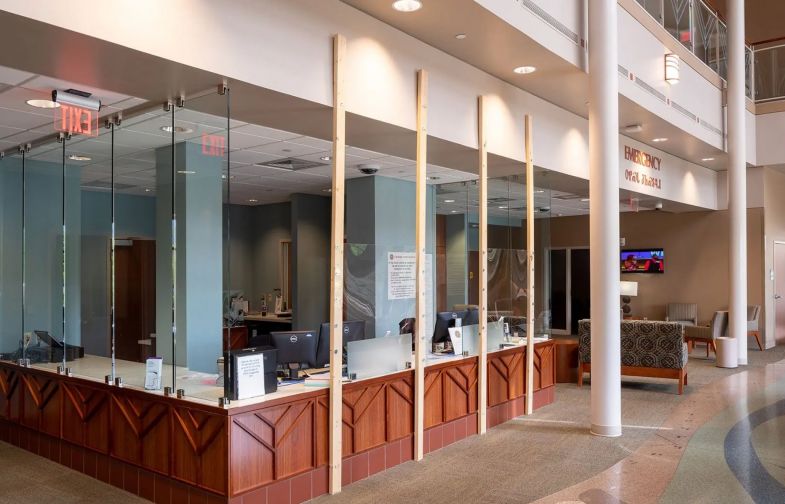 Both the behavior health center and Cherokee Youth Center have integrated bilingual signage into the design of the buildings. (Photo/Provided) 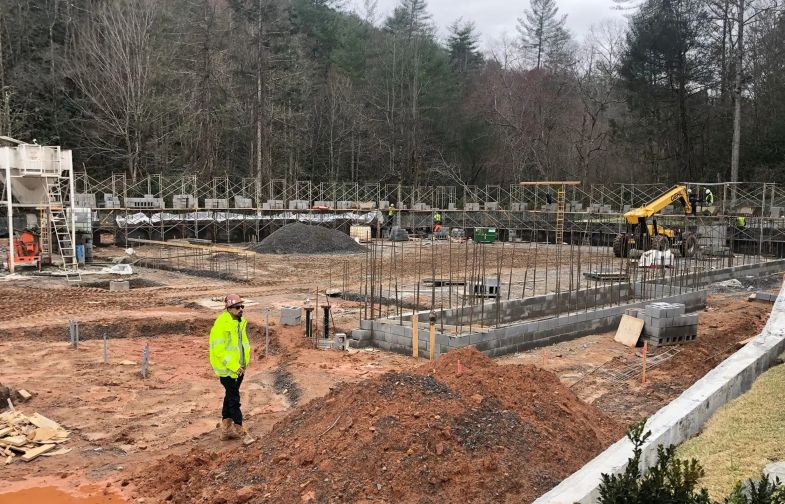 “To hi,” a state of peace and balance in the language of North Carolina’s Eastern Band Cherokee, was one of McMillan Pazdan Smith’s guiding principles when the Greenville company designed a hospital and women and children’s home for the Cherokee Indian Hospital Authority, according to the firm.

The behavioral health and rehab center, completed last August, features a treatment mall with a wellness gym, rooftop garden, bilingual signage and an 18-bed crisis stabilization unit. Coiled designs swim across both the interior and exterior of the hospital with vibrant floor art resembling a river, complete with fishing black bears and birds, winds throughout the building.

The Women’s and Children’s home opened in January, but McMillan Pazdan Smith’s work had already caught the attention of others in the tribe — including those spearheading two community center projects. 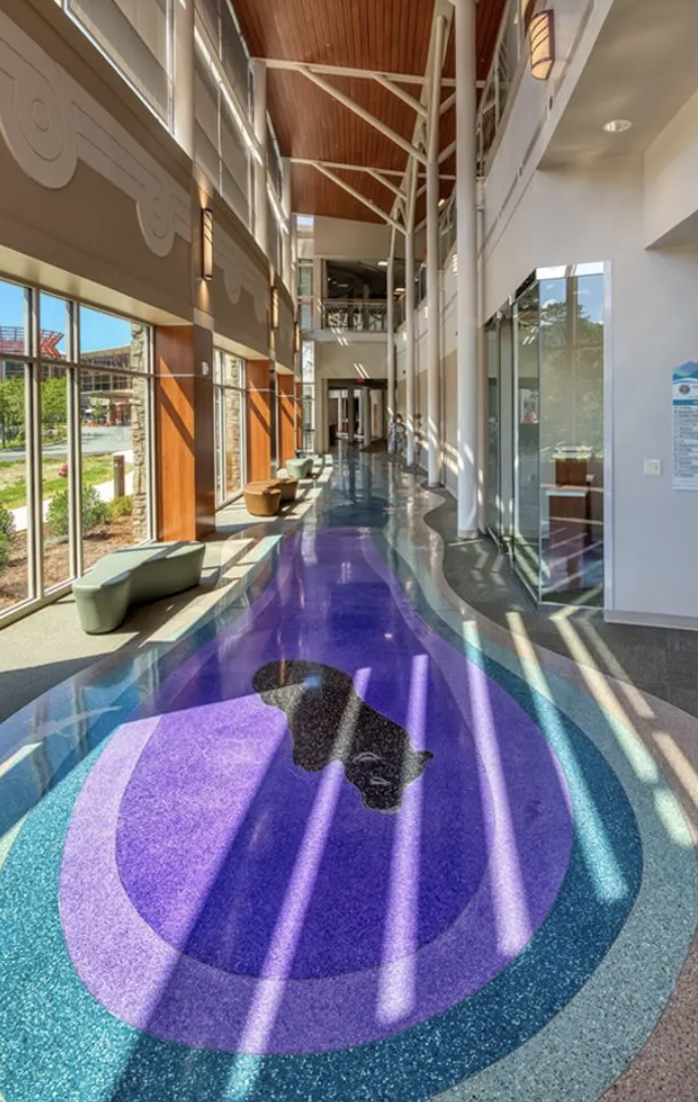 “The design team of McMillan Pazdan Smith and the Governing Board’s Elements Committee worked together to create a warm environment for women and children, pouring themselves into details from colors, fabrics, flooring and lighting, with the ultimate goal of creating an atmosphere that would make a house feel like a home,” Carmelata Monteith, the governing board chairwoman of the Cherokee Indian Hospital Authority, said in a news release.

The 50,000-square-foot Cherokee Youth Center is nearing completion, according to a company news release. Once Barnhill Contracting finishes the building, it will feature numerous classrooms for youth afterschool programs from grades K5 to 12. A ball court, amphitheater and playground were also added to the 3.25 acres surrounding the building.

“There is going to be a slide inside from the second floor to the first, and I personally cannot wait to see it in use,” McMillan Pazdan Smith architect Lindsey Rhoden said in the release.

Also underway is a reboot of the existing Snowbird Jacob Cornsilk Community Complex, named in honor of a Cherokee soldier awarded a purple heart in World War II.

Once completed by James R. Vannoy & Sons Construction, the 46,370-square-foot recreation center will house a new gym, elevated running track, fitness center with weight and cardio rooms, expanded library and classroom space and a health and dental clinic. Office space for the tribe’s police, transit, community health, family support and administration services will also be built into the complex, according to the release.