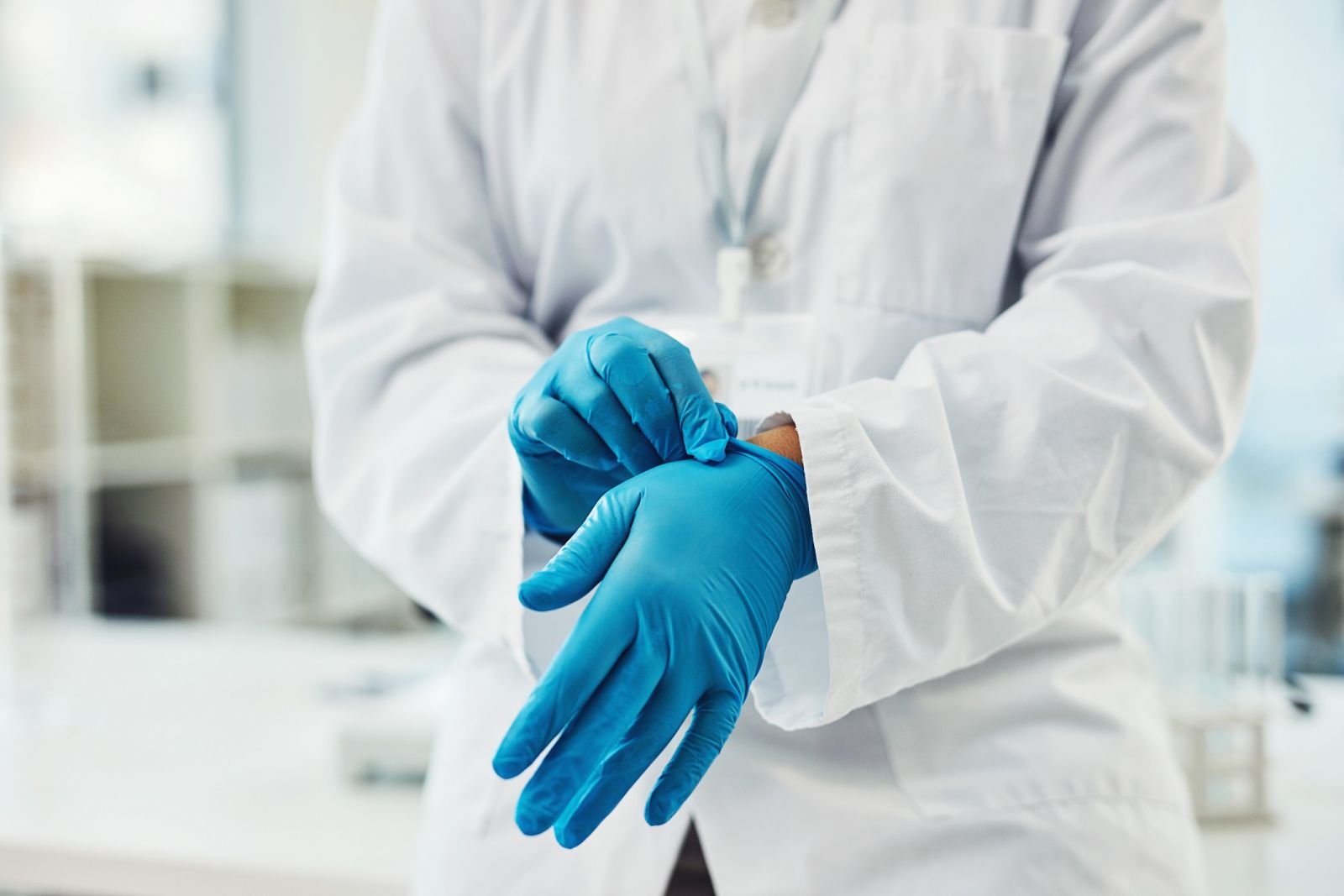 Chris Garcia happened to be in the right place at the right time.

When COVID-19 broke on American shores, he had stepped to the helm of startup Health Supply US, formed in January 2020.

Coming from a family of first responders, the former deputy director of the U.S. Commerce Department was more than well acquainted by the shortages that plagued health care in the following months.

He learned that the United States made only 1% of the world’s glove supply and witnessed how prices for PPE skyrocketed to more than 10 times their pre-pandemic market value in some cases.

Under his leadership, the company began to churn out hospital gowns, masks and hand sanitizer in Texas, North Carolina and California. One other location was needed: a place to manufacture nitrile gloves in the Southeast.

“We embarked on an exhaustive search of the right state and the right county and the specific city that we could locate in,” he told SC Biz News. He said a business-friendly climate and fertile ground for an innovation economy drew Health Supply US to a 182-acre property in Hughes Investment’s Beechtree Business Park in Greenville.

It didn’t hurt that South Carolina has a history of glove making or that Nephron Pharmaceuticals launched its nitrile glove operation, Nephron Nitrile, in the state in 2021.

“We embarked on this critical project on behalf of our nation, and in doing so, knew that manufacturing site selection was of paramount importance to operational longevity,” Health Supply US Executive Vice President Aaron Petrosky said in a news release. “Greenville and the entire state of South Carolina displayed tremendous enthusiasm for life sciences and support for this medical device operation. We’d like to thank all those involved from the Lowcountry to the Midlands to the Upstate that enabled this project to find its Greenville home for many decades to come.”

By partnering with GADC, Health Supply US purchased the 1 Quality Way property in February 2022 for $6.5 million under the new name for its nitrile glove operations, Glove One, according to Greenville County property records.

As announced during GADC’s annual meeting at Greenville’s Westin Poinsett, Glove One will invest $150 million in the construction of a custom-made manufacturing facility on the site and, over five years, the hiring of 600 employees.

The facility, slated for a Q1 2024 completion date, will be designed and built by an undisclosed architectural and construction team to produce 4.3 billion nitrile gloves per year.

The Coordinating Council for Economic Development also approved job development credits related to the project, which was awarded a $300,000 Set-Aside grant by Greenville County to assist with site preparation and construction, according to a news release.

“This major investment by Health Supply US is further proof that our increased efforts to recruit life science companies to South Carolina are paying off,” said Gov. Henry McMaster, joined by Sen. Lindsey Graham, U.S. Rep. William Timmons and GADC CEO Mark Farris, at GADC’s annual meeting. “Expanding our life science industry is critical to safeguarding our supply chain and ensuring life-saving medical supplies are readily available during future emergencies. I congratulate Health Supply US on their investment and look forward to the impact they will have statewide.”

Rolling up our sleeves

Garcia’s grandfather, Agustin Garcia, first came to the United States from Mexico as a defense contractor responsible for the landing gear on the U.S. Airforce’s B-1 bomber and Boeing AH-64 Apache helicopter, as well as a NASA space shuttle.

The Greenville facility will be dedicated in honor of the elder Garcia, who died due to complications from COVID-19.

Like the work of his grandfather, the CEO of Health Supply US, sees domestic production of medical products as a national security imperative. The company supplies the military, as well as private hospitals and governments on a variety of levels.

“We understand that market force may not allow for 100% of glove manufacturing to be reshored to the United States, but we should at least have a larger domestic manufacturing base than we do now, and we’re happy to help lead the way in doing that,” he told SC Biz News.
Health Supply US grew out of Garcia’s concern for the country’s dependence on foreign imports before such concerns came to a head in the spring of 2020. Reshoring policies implemented since then, such as an increase in domestic content requirements for federal contractors in the Buy American Act, have only emboldened his mission.

The company plans to stay competitive on a global scale through operations that rely on manufacturing 4.0 technologies and a facility custom-built with automation in mind.

“I can’t comment on our proprietary operation plans for the facility, except to say that there are key automation advancements that have been made,” Garcia said. “We are looking forward to employing many of these cutting-edge innovations that allow our facility to be much more efficient. And so I can say that’s one of the key elements for the operation: to automate and use innovation that is not used in the general kind of industry as it is now."