Mercedes ‘vision’ van a concept for future of delivery

Citing a need to deliver something complete to customers, Michael Balke, CEO of Mercedes-Benz Vans in North Charleston, said the company’s concept ‘vision’ van may be just what the supply chain ordered.

Speaking at the South Carolina Automotive Summit, Balke showed the new concept van that was premiered in 2016 in Hanover, Germany.

“For the van business it is critical that everything is for the benefit and value for the customer,” Balke said. 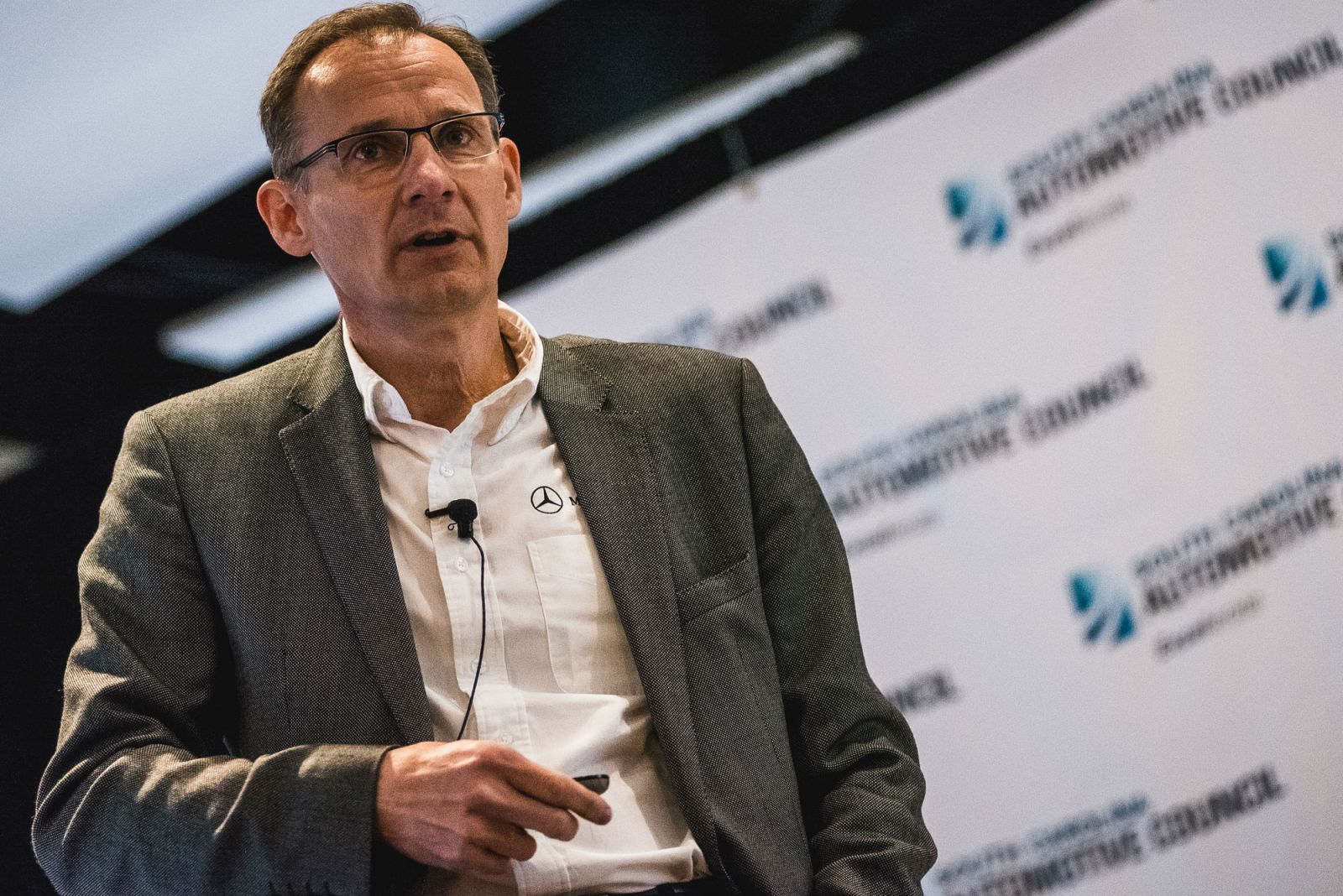 The reason for that is because, unlike passenger cars, customers purchasing vans have a single purpose in mind for the vehicle.

The new ‘vision’ van has not proceeded out of development, but Balke said some of the features being considered is a new racking system to reduce time spent loading. He said drivers can spend up to an hour packing delivery vans.

“This is time where the vehicle is not being used for its purpose,” Balke said. “We have said we need a racking system so there is no reloading and we have looked at automating that racking system.”

Mercedes-Benz Vans has even looked at smaller batteries for the vehicles to allow additional space for more packages. Other features under consideration is putting drones on the top of the van to help with delivery and removal of the traditional steering wheel for a joystick.

In addition to showing off the new concept, Balke said plans for expanding the company’s North Charleston plant are progressing. The expansion will allow the facility to move from strictly reassembling Sprinter vans to manufacturing them.

Currently, Sprinters are constructed in Spain and moved to Rotterdam and Dusseldorf where they are disassembled then shipped to the North Charleston facility for reassembly.

Balke said the expansion of the body shop, paint shop and assembly hall will create an efficient way for the company to manufacture the vans for the North American market. The expansion will also bring about the need for a supply chain for components needed to assemble the van. In the future, he said press parts for the vans will come from Germany, but the welding of those parts will be done in North Charleston with the help of 147 robots.

The expansion hasn’t come without some growing pains.

Balke said 20% of the existing workforce in North Charleston has already moved into new positions even before the expansion is complete. Mercedes has needed to bring workers from other plants to handle the workload and train current employees. But, those outside workers are on a timed contract so when they are finished training staff in North Charleston, they will return to their home factory.

“We have brought people over from other Sprinter facilities to provide experience because we don’t have it now,” Balke said. “But, we want to give that experience to the local employees.”

The expansion will require the plant to have more experienced team leaders in place than the plant currently has.

“We can definitely offer a lot of opportunities for those who want it,” Balke said.