Training programs for the technicians who fix and repair cars at BMW and Mini dealerships are delivered through BMW Group University’s Service Technician Education Program.

Gary Uyematsu, national technical training manager for BMW North America, said the company thinks of Step as a career path. Some of the graduates remain technicians but grow to master level or leadership positions such as shop foreman. Others move to other parts of the company through sales or management. 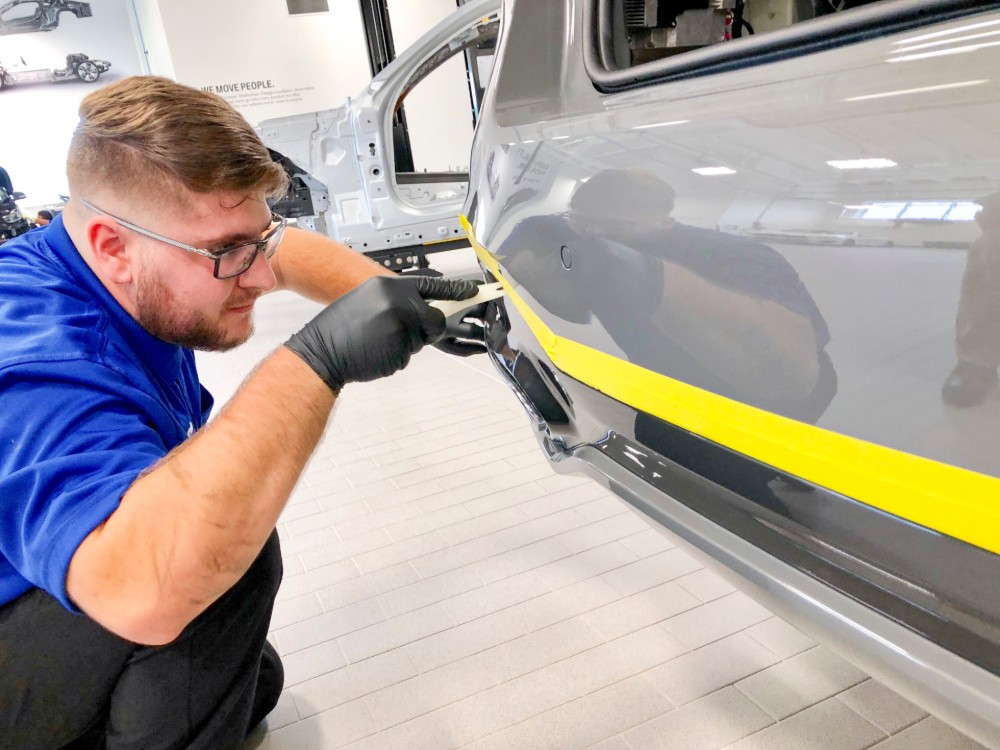 Six versions of Step are delivered at nine locations in North America. About 80% of the training takes place with hands on the equipment, he said. The other 20% takes place in a classroom.

The new centers in Spartanburg and Atlanta will train technicians in current and future vehicle technologies and electric drivetrains, according to a news release.

Since 1997, nearly 5,200 students have completed Step, 95% of which have been offered well-paying jobs at a BMW dealer, the release said.

“As vehicle technology becomes increasingly complex, the need for highly trained and skilled technicians becomes critical to providing the premium level of service our customers demand,” Claus Eberhart, vice president of BMW Aftersales, said in a news release. “These new facilities will not only ensure that our technicians will have the ability to maintain and service both current and future generations of BMW vehicles, but also the opportunity to have a successful career in the automotive industry.”

The Spartanburg training center is located adjacent to BMW Plant Spartanburg, which will allow students to fully engage with and immerse in the BMW brand via the company’s flagship Step. The new facility includes two technical training workshops as well as four paint and body training rooms. Eberhart called BMW’s $10 million investment into the training location a demonstration of the company’s ongoing commitment to South Carolina.

The new facility in Atlanta spans over 53,000 square feet and will offer students technical training, Step/apprentice training, Motorrad and body and paint dealer training. The $17 million investment will service dealers and customers throughout the region.

The rest of the $56 million investment will go into a California location and a program at the company’s North American headquarters in Woodcliff Lake, N.J.

BMW Group in the United States offers several technical training programs at more than 10 locations nationwide which are designed to identify, train and develop candidates who will become skilled technicians to support its dealer network of more than 650 BMW, MINI, BMW Motorrad and Rolls-Royce dealers nationwide. The programs include:

The Military Service Technician Education Program was launched in 2018 at U.S. Marine Corps Base Camp Pendleton in California to assist veterans in seamlessly transitioning from a military career to a civilian career in the automotive industry. The program was launched in partnership with UTI, making BMW the first premium automotive manufacturer to deliver technical training on an active military base, according to the news release.

The BMW Apprentice Program was launched in 2002 to provide disadvantaged youths in metro areas an opportunity to develop a trade. The six-month program features rotations at both a BMW center and at a BMW Group University training center, allowing students greater flexibility. Graduates enter the work force as entry level line technicians.

The BMW Scholars program is an apprenticeship program offered by BMW Manufacturing that educates and trains students to work in advanced manufacturing. The program size was recently doubled to include 200 apprentices and added a fourth education partner in Piedmont Technical College. Since first announcing the scholars program in 2011, BMW has partnered with Spartanburg Community College, Greenville Technical College and Tri-County Technical College. In the program, students attend class full-time and work at the BMW plant for 20- 25 hours per week. BMW covers the cost of tuition and books, provides healthcare benefits and pays students for their work at BMW.