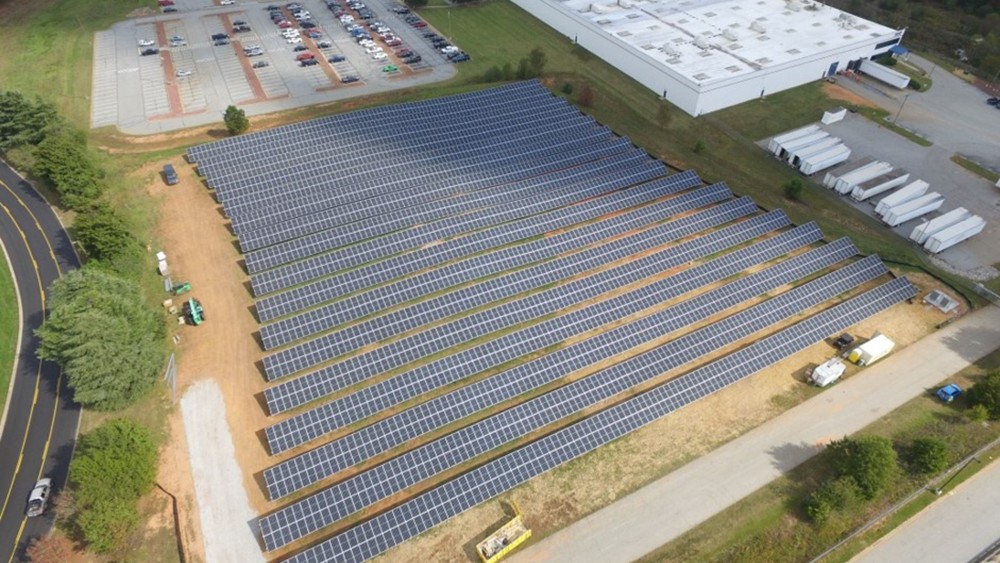 As the recent expansion of TTI across the Upstate reveals and anyone stuck in quarantine over the past year can attest, household appliances and power tools are hot business right now.

“If you think about what you were doing during the pandemic, people were busy remodeling,” Bosch North America President Mike Mansuetti said in a June 8 press conference. “So our appliances and power tool business was up 12% from 2019.”

When demand for Bosch’s automotive parts wavered in 2020 and overall sales were down 15% year over year, the German company could lean on one of its many portfolio companies and divisions.

North America’s consumer goods business sector climbed to $2.9 billion worth in sales, and the company ended the year with a healthy $12.3 billion in consolidated sales in North America, Mansuetti said.

It’s this diversification that Bosch’s North American leadership hopes to invest in with $360 million in capital expenditures across its 100 North American locations. In South Carolina alone, Bosch has a foothold in Anderson, Fountain Inn and Charleston.

“If you look at 2020, it’s all about finding balance, if you will,” Mansuetti said. “In 2020, our portfolio allowed us to find balance as the diversity of our business supported us through the challenges brought about through the pandemic. And as we look ahead into 2021, we will find that balance, once and again, by looking at these solutions across our broad portfolio that benefit our customers.”

Charleston’s manufacturing plant plans to invest approximately $80 million by 2023 to ramp up the production of its electric powertrain and electromobility efforts, while also keep abreast of the continued growth in its internal combustion engine lines.

More than $250 million will go toward mobility solutions throughout the continent in 2021, a sector that fostered $7.5 billion in sales last year.

“For the current year, we are optimistic about building upon the results of the second half of 2020 and the start of 2021, but also expect on-going challenges due to industry-wide headwinds such as the semiconductor shortage,” he said in a statement following the conference.

Investment will also target technology integrated into the manufacturer’s operations that rely on AIoT — AI and internet of things — and moves the company toward its goal of carbon neutrality.

“We are one of the winners in the transition to electromobility, and we are significantly expanding our software business by tying in artificial intelligence,” Volkmar Denner, chairman of the board of management at Robert Bosch GmbH, said in the release.

Anderson, Charleston and Fountain Inn plants are three of 400 Bosch locations that became carbon neutral by 2020, according to company spokesperson Tim Wieland. In Charleston, it is achieved through the use of Bosch Climate Solutions, a Bosch-produced cloud-based-energy platform that uses intelligent algorithms to reduce energy consumption of machines on the floor and streamlines efficiency.

According to Wieland, the company has deployed the platform in more than 100 locations.

Over the past few years, the plant has been working to also hardwire equipment on the plant floor into its manufacturing execution system, which stores historical data from the production line, and to analyze that data.

“Now, having that data at their fingertips allows them to shift their focus directly on trying to tackle the problem as opposed to gathering the data to work on a problem,” Penton said.

Fountain Inn’s Bosch Rexroth facility was also highlighted during the press conference for its mobile hydraulics production and use of the company’s first large-scale solar array in North America.

In November 2020, the plant started producing energy from 3,300 solar panels spread out over five acres of adjacent land. The energy produced feeds directly into the plant and can provide roughly 25% of the power for one of the campus buildings.

In the years ahead, Bosch plans to strive toward reducing CO2 emissions along its entire supply chain by 15% from 2018 levels. That’s 67 million metric tons of carbon dioxide emissions.

Power train technology has already become the company’s core business with electric power solutions for buildings adjoining these initiatives. Bosch is also developing both stationary and mobile fuel-cell solutions, and from 2021 to 2024 plans to invest $1.2 billion in fuel-cell technology, according to the release.