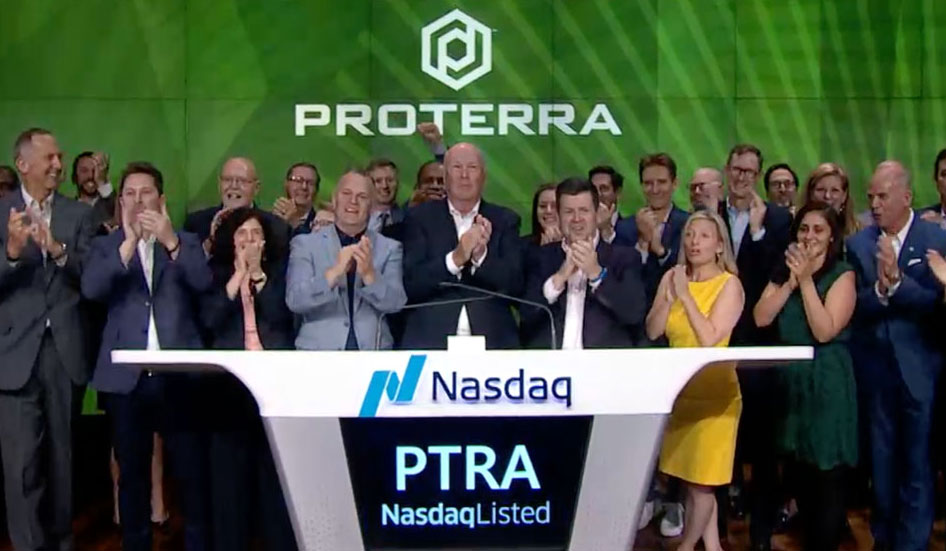 Proterra, which is based in Silicon Valley and Los Angeles but operates its Greenville manufacturing facility as an East Coast base, rang the closing bell on Wednesday under the ticker symbols PTRA and “PTRAW.

“As demand for zero-emission solutions continues to grow around the globe, we are proud to be meeting our customers’ needs with our industry-leading EV technology,” Proterra CEO Jack Allen said in a news release. “Today’s milestone is a testament to the hard work of our team and the support of our valued customers, partners and investors. We are excited to build on the strong foundation we have created over the past decade and begin this new chapter as a publicly-traded EV technology leader. We remain focused on advancing our EV technology to power the world’s best performing commercial vehicles, and believe today is a major step forward in our ability to accelerate these initiatives.”

“The electric vehicle industry is at an inflection point,” Proterra spokesperson Shane Levy told GSA Business Report in a statement earlier this year. “At Proterra, we are poised to scale our business and manufacturing, including in our Greenville facility. We recently expanded our hiring efforts at our Greenville facility, and we now employ more than 350 workers at the facility.”

Since its founding, the company has manufactured more than 300-megawatt hours’ worth of battery systems and 600 vehicles on the road today, including some used in Greenville’s Greenlink fleet. In April, President Joe Biden took a virtual tour of Proterra’s Greenville manufacturing facility.

“Proterra is proud of our long history in the Greenville community, which is home to our East Coast manufacturing facility,” Levy said in the statement. “Further, we’re proud to also serve the community with our industry-leading battery-electric transit buses through our partnership with Greenlink Transit.” 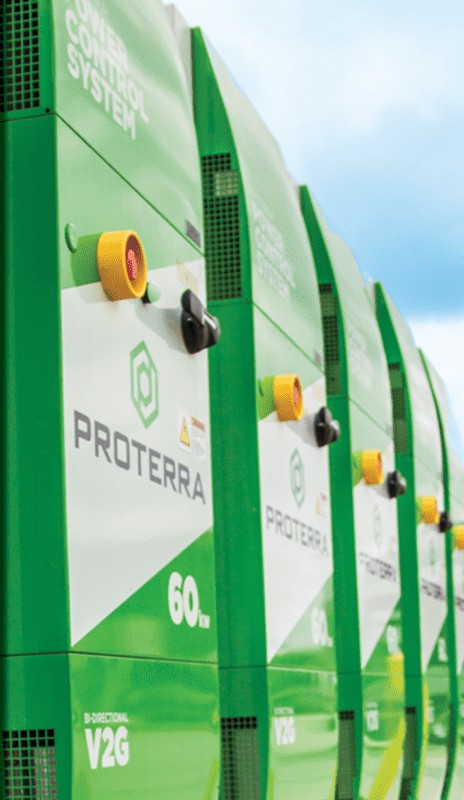 Through ArcLight’s January acquisition, Proterra has raised more than $640 million to fund growth initiatives including research and development and the company’s next-generation battery program.

“We are pleased to have completed our business combination with Proterra,” Jake Erhard, the former president and CEO of ArcLight, and a director of Proterra, said in the release. “As a leader in EV technology, Proterra has significant opportunities ahead for value creation, and we are excited about the company’s prospects as it enters the next phase of growth.”

Proterra originally operated out of Colorado until moving its manufacturing operations east to Greenville in 2010 — originally at the Clemson University International Center for Automotive Research.

“After a nationwide search involving some 30 states, we selected Greenville, S.C., as a result of the state’s numerous benefits in terms of workforce capabilities and research and development support,” Jeff Granato, the former CEO of the company said in a 2010 statement.

However, at the time, expected investment did not materialize after the company announced its intentions to invest $68 million in the location. S.C. Research Authority affiliate SC Launch Inc. then stepped in to throw its hat in the ring along with Greenville’s VentureSouth and several other investors based in the Palmetto State to keep the fledgling company viable.

The cash infusion provided management with the resources needed to “weather the story and emerge on the other side stronger,” according to a release.

“I was privileged to join Proterra’s team as they ceremoniously closed the Nasdaq trading session,” SCRA Executive Director Bob Quinn said in the release. “This represents an amazing culmination of the power of a compelling vision and tremendous commitment.”