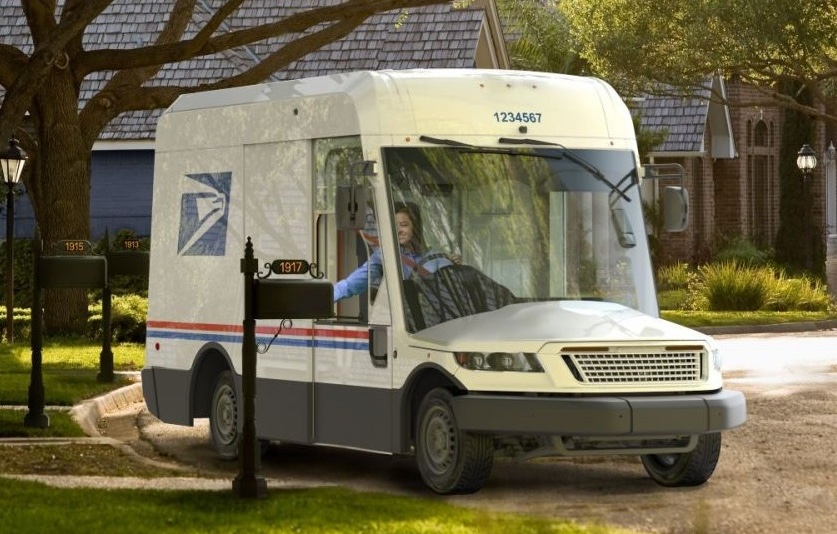 A threat to plans to bring a new auto assembly factory to Spartanburg County has eliminated itself.

A Cincinnati company called Workhorse has dropped its claim against the winning contract. The company filed an objection shortly after Oshkosh Defense landed the contract earlier this year to build the next generation of vehicles for the U.S. Postal Service to replace a fleet of trucks pushing 40 years old.

For Spartanburg, it is a $155 million investment commitment and the promise of 1,000 jobs. For the company, it was part of a $482 million contract for now, but the USPS has said it will spend billions on new vehicles in the coming years.

Oshkosh Defense’s winning bid, which proposed a combination of trucks powered by a mix of battery and low-emission internal combustion engines, was announced in February by Postmaster General Louis DeJoy. Workhorse Group, which proposed a fully electric fleet, filed a federal claim three months later, saying the decision to pick Oshkosh was irrational. Oshkosh is best known for making vehicles that can take a beating, including military vehicles.

A hearing was scheduled in federal court for September, but Workhorse withdrew its objection.

Workhorse released a statement Sept. 15, indicating the company would move on to other projects, perhaps even leaving open opportunities to get in on other parts of USPS plans to replace its fleet.

“After attending the recent Advanced Clean Transportation show, we are excited about the multiple business opportunities ahead for last-mile delivery truck and drone system technologies,” Workhorse CEO Rick Dauch said in the statement. “These opportunities include several commercial industry markets as well as a broad array of initiatives designed to modernize and electrify government funded and owned vehicle fleets across the country at the federal, state and city level.”

He added that since he joined the company in early August, Workhorse has been conducting a “deep and intensive overview of all aspects of our business,” including the history of the USPS bid and the filing that followed.

“The federal government has announced its intention to replace its fleet with electric vehicles, and we believe that the best way for us to work with any governmental agency is through cooperation, not through litigation,” Dauch said in the statement. “By withdrawing our protest, we can also better focus our time and resources on initiatives that we expect will be more productive for our company.”

For its part, Oshkosh said the company never expected the complaint to change its course toward a production facility in Spartanburg.

“Oshkosh Defense continues to execute under the USPS contract, to include the facility preparations in Spartanburg, S.C.,” Tom Quigley, Oshkosh Defense vice president and general manager for government programs, said in an email to GSA Business Report. “While bid protests are a normal part of the government contracting process and we do not comment on such proceedings, we can tell you that there is no impact on the contract schedule. We are proud that the USPS selected Oshkosh Defense to fulfill the needs of the Next Generation Vehicle program and we look forward to getting these highly capable vehicles into the hands of mail carriers beginning in 2023.”

The company’s moving-forward plans included scheduling a supplier outreach event for Oct. 5-6 with the assistance of the S.C. Commerce Department and One Spartanburg Inc.

Mark Simmons, who leads the site selection and economic development division of Parker Poe Consulting, said it’s not uncommon for losing companies to challenge government contracts when the money is large, but he said it was worth noting that none of the other companies that lost out responded by filing a complaint.

“That they (Workhorse) withdrew their claim is telling,” said Simmons, a long-time player in economic development and an auto manufacturing industry observer. “None of the others who were competing for the contract challenged it.”

Oshkosh’s Spartanburg facility will be in an existing warehouse at Flatwood Industrial Park, according to the company’s announcement in June.

“We’re proud to bring this historic undertaking to Spartanburg County. South Carolina has a skilled workforce and a proven history in advanced automotive manufacturing — it’s the perfect place to produce the NGDV,” Oshkosh Corp. Executive Vice President and Defense President John Bryant said in the release, referring to what the company calls the Next Generation Delivery Vehicle. “More importantly, we know the people of the Upstate take pride in their work and their community. What we build together here will reach every home in the country.”

Founded in 1917, Oshkosh Defense is a tactical vehicle manufacturer that specializes in designing and manufacturing a portfolio of heavy, medium, light and highly protected vehicles and technologies for clients around the globe.

According to the news release, the repurposed warehouse’s “innovative features” will accommodate the technical requirements of a large-scale manufacturing operation.