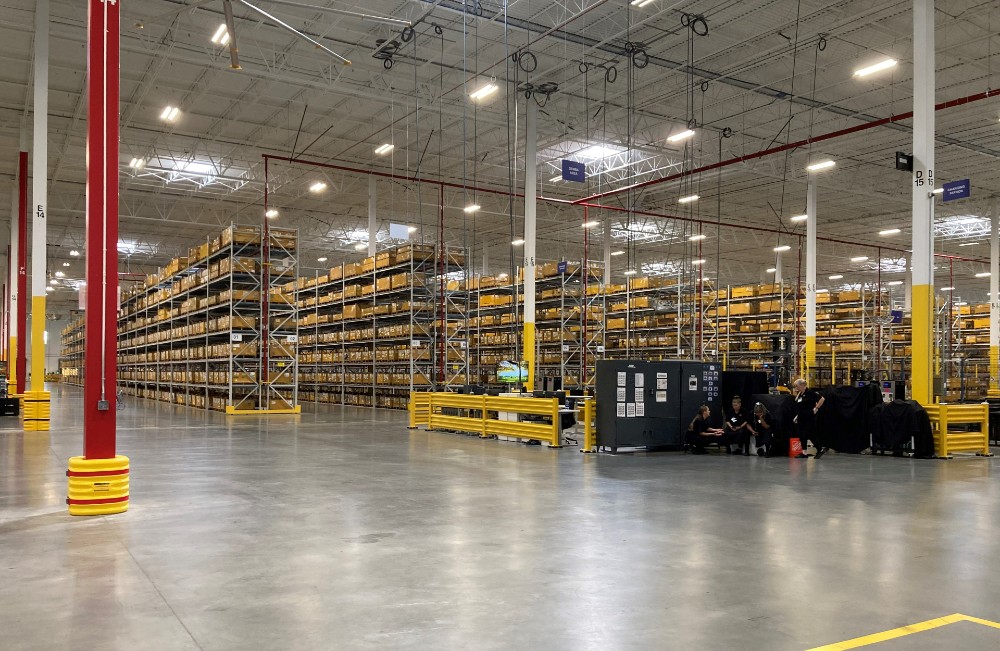 On the eve of the 30th anniversary of the groundbreaking ceremony that signaled the arrival of BMW Manufacturing, the company today added two private bridges and nearly 1 million square feet of floor space to its ever-expanding Upstate footprint.

The company officially opened LCX, a logistics center on Freeman Farm Road in Greer that BMW bills as a “more efficient, sustainable and digital operation.”

The $100 million facility was constructed by Becknell Industrial. It includes two private bridges that connect LCX to the manufacturing plant, where parts are transported by crossing Freeman Farm Road and Interstate 85.

BMW Manufacturing President and CEO Robert Engelhorn said LCX combines two warehouses into one facility, “making our processes faster, leaner and more efficient.” He said the center incorporates elements of the BMW iFactory strategy, which defines the future of automotive manufacturing for all of BMW production worldwide.

A feature of the logistics center is a fence that cuts through the interior of the building, separating the new container freight station from BMW’s Foreign Trade Zone. Parts enter the warehouse on one side to be separated. The duty-paid material is cross-docked and travels by truck to BMW’s Consolidated Services operations at Inland Port Greer, according to a BMW news release.

Only the duty-unpaid BMW Manufacturing-owned parts are allowed to enter the Foreign Trade Zone. Those parts are either stored on racks temporarily in the warehouse or go directly to the BMW plant to be used in production. Driverless yard trucks called “holsters” carry the parts across the bridges built by United Infrastructure Group. The one over Interstate 85 is one of the longest free-spanning bridges in the state, according to the news release. 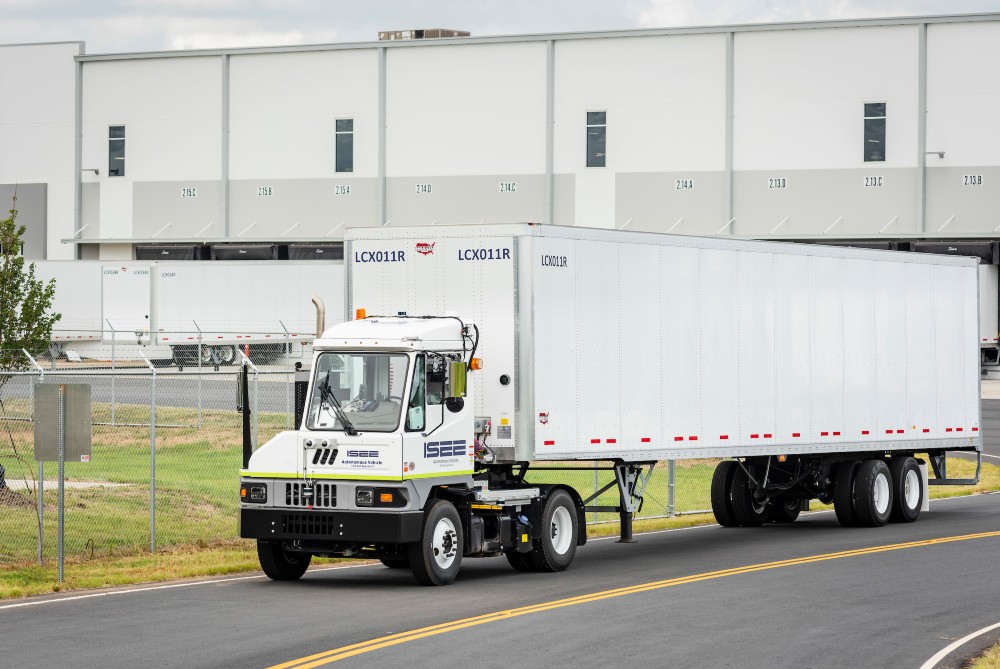 “BMW has worked in close partnership with U.S. Customs and Border Protection and appreciates their support in creating this one-of-a-kind warehouse,” Oliver Bilstein, vice president of Logistics and Production Control, said. At the ceremony, Bilstein said the effort required everyone involved to overcome challenges induced by COVID-19 — including supply shortages and the rising cost of building materials — but the project was still completed on time.

Spartanburg County Councilmember David Britt, who was first elected shortly before BMW chose Greer for its only U.S. plant, said the new facility, like everything at the site since 1992, is a result of partnerships.

“This investment in itself is a milestone of collaboration,” said Britt, also the longtime chairman of the county’s economic development committee.

Since 1992, BMW has invested nearly $12 billion in the Spartanburg County plant, Engelhorn said before cutting a ribbon to officially open the LCX.

A video of the holsters at work showed the tractor-trailer sized vehicles at work. When BMW launches its autonomous logistics program in the future, it will use 5G wireless technology on the Plant Spartanburg site, enabling real-time connectivity between machinery and equipment.

This story has been updated. Look for more details in the Oct. 17 issue of GSA Business Report.