BMW to invest $1B in Plant Spartanburg expansion 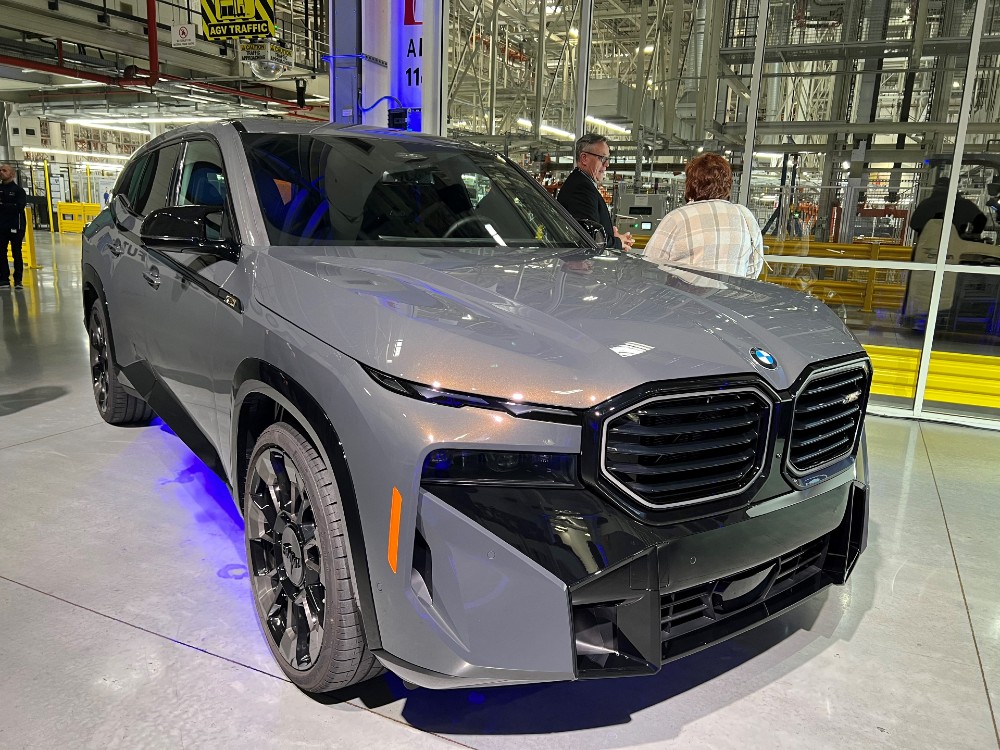 This story has been updated.

BMW Group is making way for electric vehicle production by investing another $1.7 billion to expand its Spartanburg County operations. $1billion of that investment will be to expand auto production at its Greer plant. The other $700 million goes to a new battery production facility in Woodruff.

The investment includes a partnership with a Japanese electric vehicle technology company.

Envision AESC has formed a new multi-year partnership with BMW Group to supply the latest innovation battery cells for the global brand’s next generation electric vehicles, according to a BMW news release.

But BMW Group Chairman Oliver Zipse, in Greer to make the announcement and in the United States for a tour that including showing off the new BMW XM, stressed that the new batteries that will power BMW vehicles into the future will be BMW designed and made, not purchased from suppliers.

To support production, Envision AESC will invest in the new $700 million 30GWh battery manufacturing plant in Woodruff, which will be powered by 100% zero carbon energy, the release stated.

By 2030 BMW Group will build at least six fully electric models in Spartanburg County, Zipse said. "You will not believe how big that factory is going to be," he told a crowd that included local, state and national politicians, including Woodruff Mayor Kenneth Gist, who said the town was hanging "Welcome BMW" banners even as the announcement was still underway.

The new facility will encompass more than 1 million square feet and produce next generation batteries for fully electric vehicles, and 300 new jobs will be created on-site, Zipse said.

As part of the agreement, Envision AESC will supply technology-leading battery cells that result in 20% more energy density, faster charging speeds and an extended range of up to 30% for electric models produced in BMW Group’s Spartanburg plant by 2030, the release stated.

U.S. Sen. Lindsey Graham was there, pledging ongoing support for the company that has transformed and continues to transform South Carolina.

"We are on the forefront of the biggest change in transportation in generations," he said.

He called the news Wednesday “one of the most consequential announcements in the history of the state of South Carolina, not just because of the money but because when they write the (book) of the electrification of the vehicle in the United States, South Carolina will be in the first chapter. … You have put us on the ground floor of the biggest change in industrial policy in modern times," Graham said to Zipse.

Plant Spartanburg produces lithium-ion battery modules for the two plug-in hybrid electric vehicles built at the plant, the BMW X3 xDrive30e and BMW X5 xDrive45e, according to the release. In 2021, nearly 70,000 electrified BMWs were built on site. The site in Woodruff will also leverage the experience and expertise developed in Plant Spartanburg’s existing operations at the new facility.

“BMW’s sustained and impactful presence in South Carolina demonstrates the power of partnership and shared commitment to our state’s automotive industry success,” said Gov. Henry McMaster. “With today’s announcement of a $1 billion expansion to Plant Spartanburg for manufacturing electric vehicles as well as $700 million for a new plant in Woodruff to assemble battery units, the road to the future is here. And I applaud BMW on helping lead the way.”

Before Wednesday, investments in Plant Spartanburg had grown to nearly $12 billion. The plant employs more than 11,000 workers and has an annual capacity of up to 450,000 vehicles, the release stated. To date more than 6 million BMW vehicles have been built in the U.S. — for the U.S. and global markets.  Based on this strength, BMW has been the largest automotive exporter from the U.S. by value for the past eight years. The top three export destinations are China, Germany and South Korea.

“This is a very important step for Plant Spartanburg as we continue our legacy of producing high-quality vehicles, and build on the success of the last 30 years,” Robert Engelhorn, president and CEO, BMW Manufacturing Co., said in the release. “With this latest investment, we futureproof our operations and prepare the plant for electrification and new technologies, ensuring both the long-term success of our company and our position as an attractive and viable employer in the state of South Carolina.”