Production starts in Greer for the new BMW XM 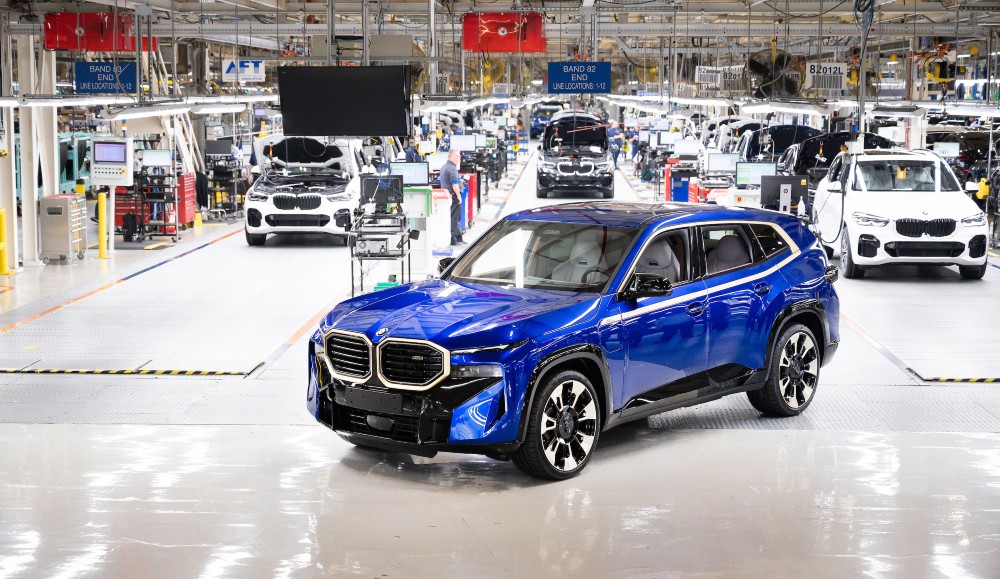 Production of the BMW XM has begun in Spartanburg County.

It is the first high-performance vehicle with an electrified drive system from the BMW M line.

BMW Manufacturing, which says the future has a place for both electric and gas vehicles, will make both of them on the same assembly line at Plant Spartanburg, where the X5, X6 and X7 roll off the line at a rate of about 1,500 a day.

We are excited to add the first-ever BMW XM to our plant’s portfolio,” Robert Engelhorn, president and CEO BMW Manufacturing,” said in an announcement. “This modern, future-oriented design and powerful performance of the BMW XM has generated a lot of enthusiasm. As the center of competence for X models, BMW Plant Spartanburg is prepared to build this vehicle with the highest premium quality that our customers deserve.”

The BMW XM has a plug-in hybrid system with a V8 gasoline engine and a powerful electric motor, according to a news release. It will arrive at dealers worldwide in the spring, with key sales markets identified as the United States, China and the Middle East.

The M line of BMWs — meaning BMW Motorsports — was created in 1972 as a division of the company’s racing teams.

The year after BMW Manufacturing temporarily halted production over COVID-19 concerns and the supply chain problems the pandemic caused, the company has had a year of milestones, starting with a January announcement that the plant had a record year for production despite the coronavirus.

In February the U.S. Commerce Department confirmed that Spartanburg-made automobiles led the nation in automotive exports by value for the eighth consecutive year. The value of the 257,876 cars exported in 2021 exceeded $10.1 billion. Exports to Canada go by rail while the rest are exported through the S.C. Ports system, a company spokesman said during a recent event at the plant.

In March, Engelhorn announced that BMW would invest more than $200 million to build a 219,000-square-foot press shop at the site. Construction is underway now and production is expected to start in 2024.

In April, BMW Manufacturing donated $1.25 million to restore and preserve eight acres of urban wetlands at Unity Park in Greenville.

In September, the company celebrated the 30th anniversary of groundbreaking for the plant, the production of vehicle No. 6 million, and the opening of a $100 million logistics center. A week later, Plant Spartanburg opened a $20 million training center.

In October BMW Group made a monster announcement when it unveiled plans to invest $1 billion in Plant Spartanburg and another $700 million in a new site in Woodruff. The Spartanburg investment will prepare the plant for the production of electric vehicles. The Woodruff facility will produce high-voltage batteries for the six models of BMWs to be built eventually in the United States.

“Our theme at Plant Spartanburg is ‘Building Our Legacy, Driving Our Future,’” Engelhorn said in the release. “The year 2022 has continued our storied legacy, and now an exciting part of our future is beginning as we start production of our BMW XM. Our commitment to South Carolina and the United States is stronger than ever.”

Over the last 30 years, the BMW Group has invested nearly $12 billion in Spartanburg County operations. Nearly 60% of the vehicles assembled by the plant’s 11,000 workers are exported to 120 markets around the world.