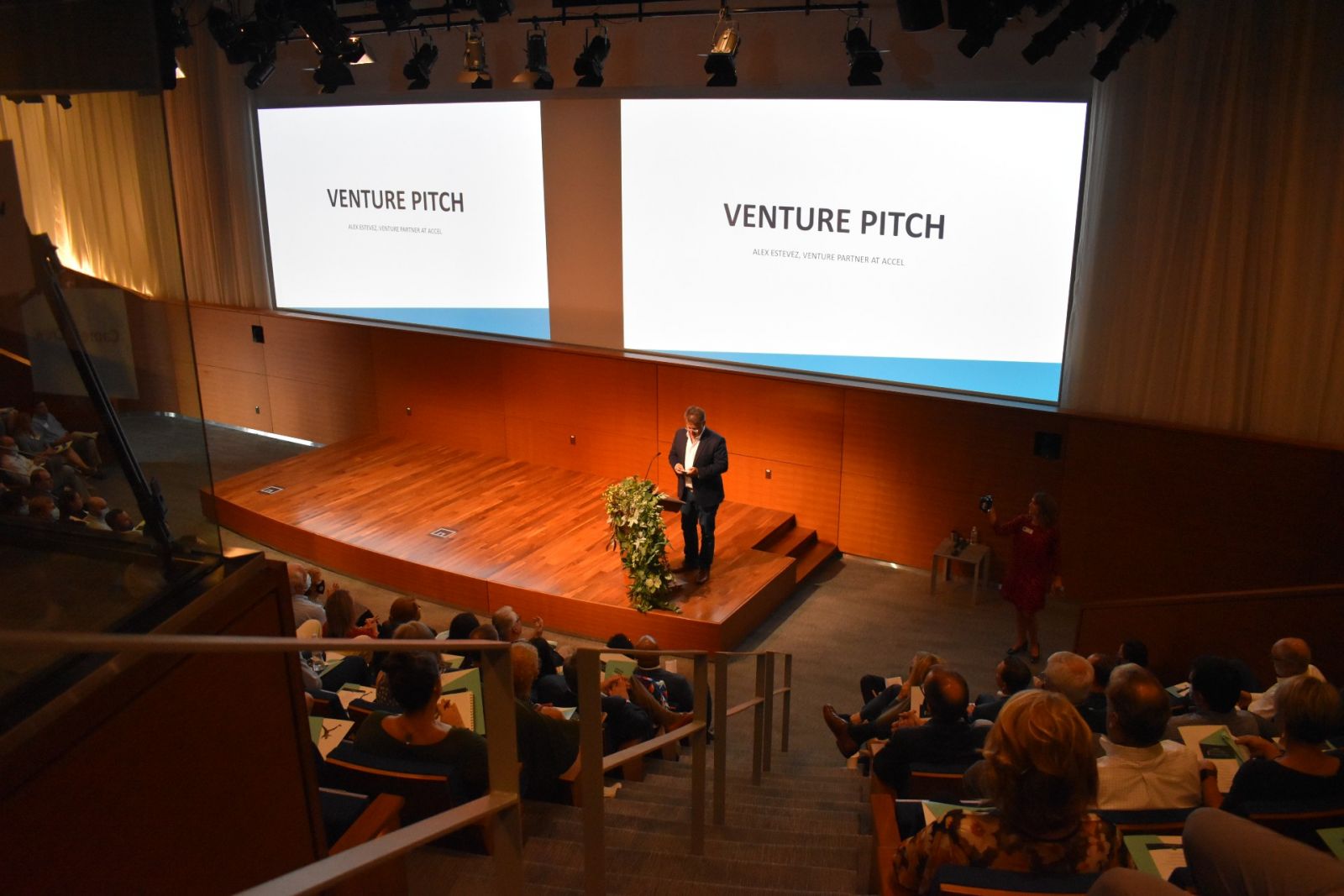 Two former Texans, a Silicon Valley executive and a native of Seoul, Korea, all took the stage this morning at the Greenville One Center with testimonies of what drew them to a city that some didn’t even know existed a few years ago.

“I had never heard of it before,” said Paige McPheely, the Forbes-featured CEO of productivity software company Base and co-founder of executive-to-assistant matching service 33Vincent.

Her husband’s Upstate family was one of many reasons. So was walkability and a downtown location 15 minutes away from schools and the workplace.

“We were just worn out,” she said. “We really wanted to plant roots in a city and we wanted to be part of the change, and Austin (Texas) was so saturated. It’s even more saturated now than then: other entrepreneurs, so much capital, it was just so competitive. The housing market was really untenable.”

McFeely will be one of the voices amplified throughout the region, the country and, if the city of Greenville’s aspirations play out, around the world through the city’s economic development marketing campaign, “From Here You Can Change the World.”

“Looking at the branding efforts of many other cities, they’re all pretty much making the same promise, the same claims about what they are and what they offer,” said Greenville City Manager John McDonough. “We wanted to do something different, so we chose a more personal approach, storytelling, and you’re going to see a lot of that this morning. We made the entrepreneurs the stars of the show. Our brand will speak to the heart of what motivates founders: the chance to leave their mark and to build something that’s bigger than themselves.”

The new initiative includes a website, launched today, with testimonials from entrepreneurs, events, programming and jobs, as well as an aggregate of local economic development resources.

Following in the footsteps of VisitGreenville’s #yeahthatgreenville campaign, Here You Can Change the World will have a platform on social media channels, podcasts, a newsletter and blog. 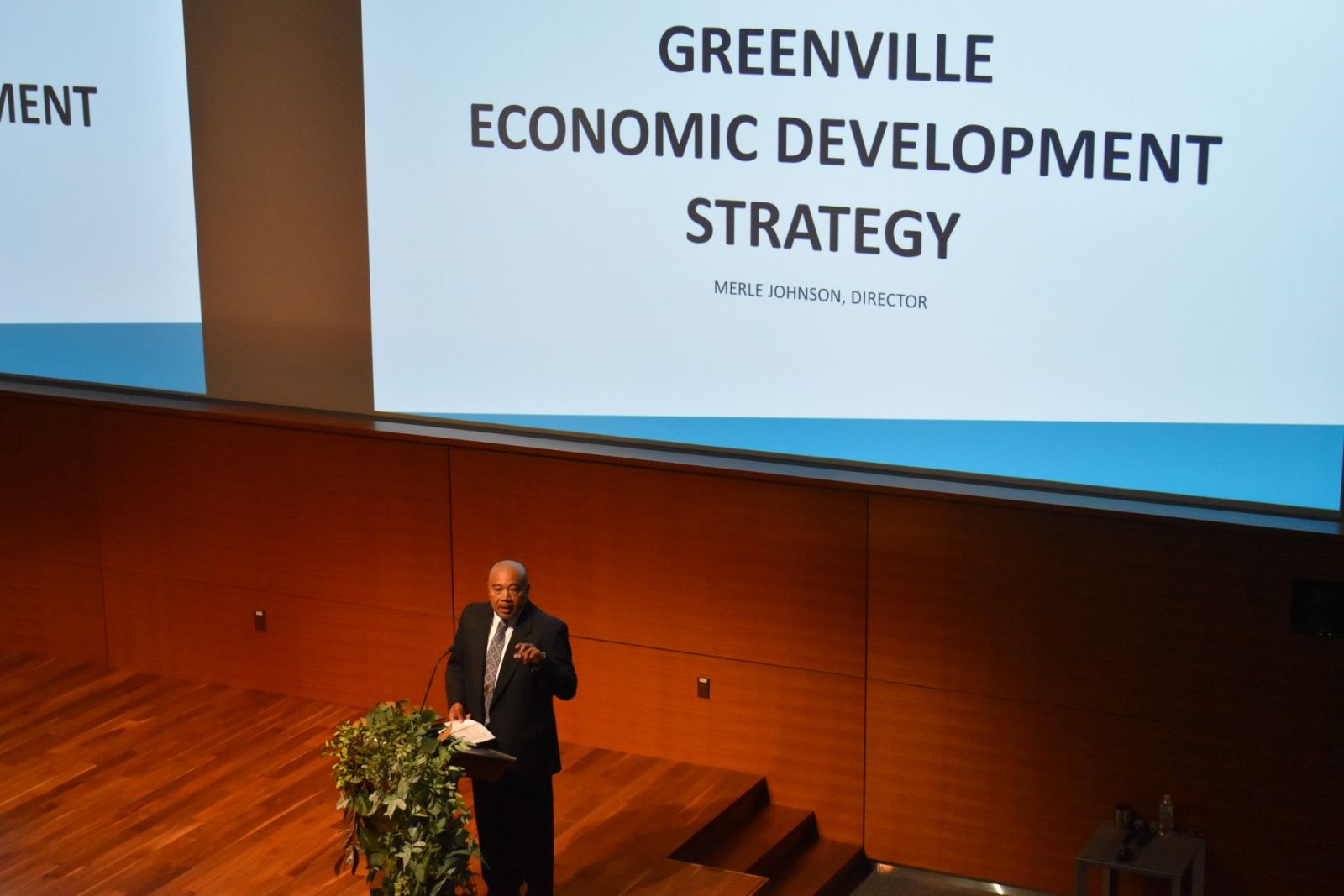 Beth Brotherton, spokesperson for the city of Greenville, said brand advertising will start on the local level through billboards and presentations for economic development prospects and will eventually find its way in the pages of Forbes, Bloomberg and other national business publications.

The platform had been several years in the making when, Merle Johnson, director of economic development for the city of Greenville, took his post and learned that he had three initiatives to pursue: partnership with NEXT, office recruitment and innovation and entrepreneurship tied into economic development marketing.

“We then talked to several business leaders in the city and said, if you were going to do this, how would you go about doing this,” Johnson told GSA Business Report. “We didn’t go about it the traditional way. We went ahead and said, ‘you, advertising firms, here’s the problem. You tell us what we don’t know and you tell us how you would do it.' Bright + Co came up with this after talking to the entrepreneurs.”

The program will dovetail with local startup incubator programs and economic development initiatives including Upstate SC Alliance’s upcoming Powered by Innovation program, he said during the event.

“We have a great base of technology-based companies that are not only manufacturing products here, we’re also exporting them to the world; 70% of all the cars that are made here are actually sold overseas,” said Mark Johnson, director of Clemson University’s Center for Advanced Manufacturing. “The state of South Carolina is the only state in the United States where our number one export target is sending things into China. We do that with new technology, with new ideas and by being faster and more innovative than other places.”

He said he is excited to see how the Here You Can Change the World campaign will tap into the entrepreneurial well of Clemson University and usher these new ideas and founders to the marketplace.

Alex Estevez, president of Venture Pitch Carolina, has CFO positions at San Francisco’s Atlassian and Silicon Valley’s BigFix under his belt. He now serves as a partner of Accel, a Palo Alto, Calif., venture capital firm that has backed Facebook, Slack, Dropbox, Etsy, Venmo and Spotify.

Now, working remotely, he calls Greenville his home and seeks to bolster some of the same bullish spirit in the city.

Among 85 applicants, eight finalists moved on the next stage of Venture Pitch Carolina on Tuesday night, Estevez said, including the Upstate’s 6 AM City, Bubble Paper, Stark RFID, Tested HQ and Zylo.