Maybe the politicians can’t agree on what to do about increasing the federal minimum wage, but the market is making its own decisions. And the decision seems to be that wages must go up.

The federal minimum has remained $7.25 since 2009 and it seems that’s not enough in 2021. Pressure to pay more, especially in the hospitality sector, was exacerbated by the pandemic, according to Furman University economics professor Kailash Khandke.

“The minimum wage debate that started a little before the pandemic, was highlighted during the pandemic, when workers in the service sector, restaurants, etc., felt that they were working long hours with little to no benefits, said Khandke, the Frederick W. Symmes Professor of Economics at Furman. “At the same time research on the poverty line and poverty threshold resulted in government intervention and trial programs with things like Universal Basic Income. So we may be seeing wages begin to go up in some of these low earning positions.”

A number of announcements have suggested a trend. Chipotle made national news in May when the company said it would raise its minimum wage companywide to an average of $15 in its American restaurants. Chipotle Mexican Grill Inc. has about 2,800 restaurants but some of them are abroad. In South Carolina, the largest retailer headquartered in the state announced plans to raise the minimum at Spinx convenience stores and car washes to $12 for fulltime staff. And here and there across the Upstate, temporary banners, hand-lettered posterboard and paid advertising have promised higher wages, especially at restaurants. 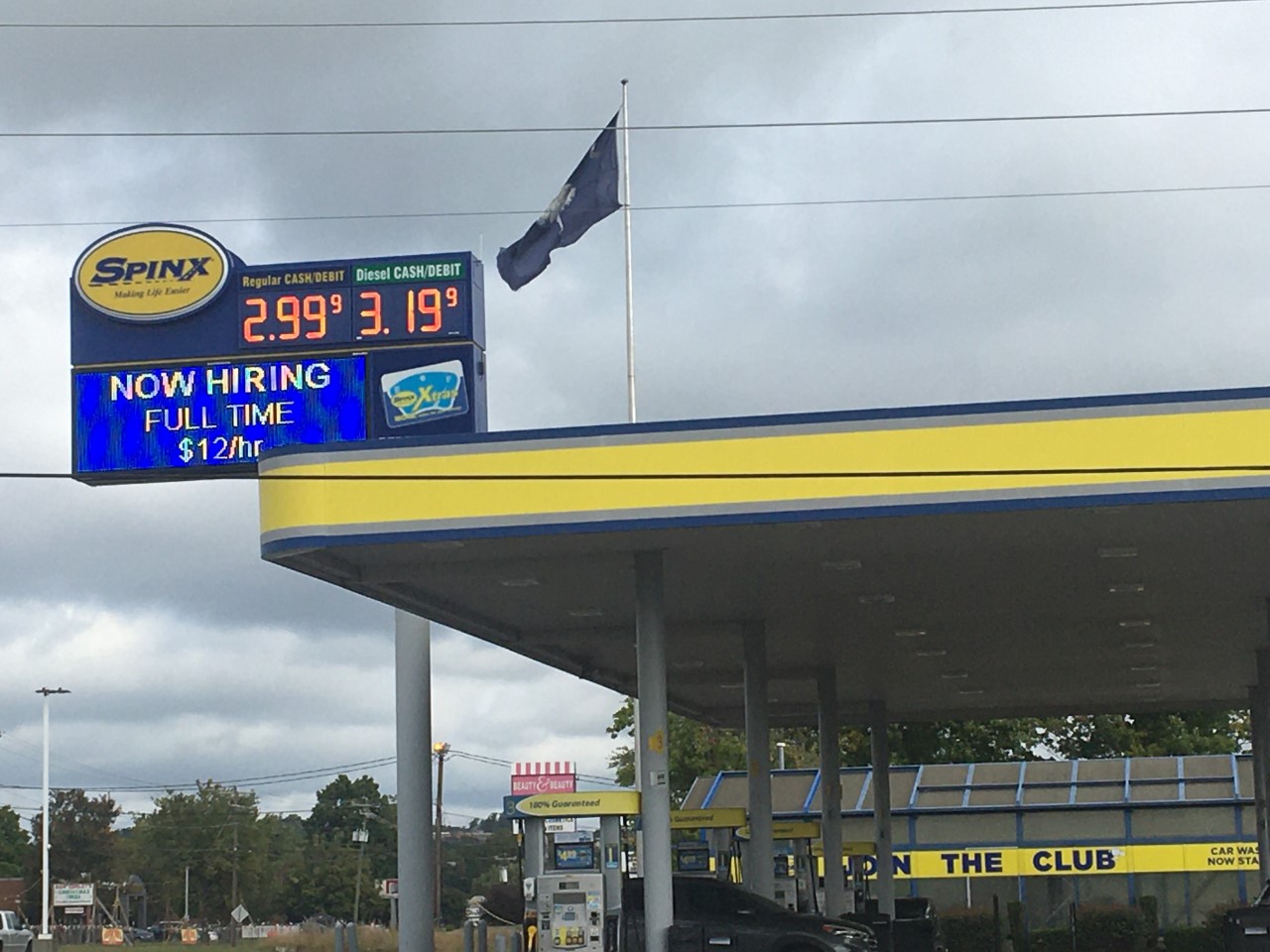 Clemson University economist Bruce Yandle, dean emeritus, former executive director of the Federal Trade Commission and senior economist on Gerald Ford and Jimmy Carter’s Council of Wage Price Stability, said restaurant workers — the accommodations and food sector — is one of three areas where he expects to see growth, along with health care and finance.

“The latest job openings data, which is for July, showed 10.2 million jobs nationwide waiting to be filled,” Yandle said in September. “That is the highest number ever recorded by the BLS.  In January 2021, the number was 7.5 million. In August, nationwide, there were 8.4 million unemployed. The ratio of openings to lookers, which is now greater than one, has been rising. This says the time is ripe for wage increases.”

“All-items inflation rose 5.2%. Inflation pressures also suggest it is time for wage increases,” Yandle said. “The largest growth in job openings is occurring in health care, finance, and accommodations and food. We should look for early and larger wage increases in these three sectors.”

Jeff Yankow, a professor of economics at Furman University, said any increases in wages now may be absorbed by corresponding increases in the cost of living.

“So wages have been going up considerably for low-wage earners in nominal terms all summer. However, it is not clear whether real wages are increasing all that much given inflationary pressures in the cost of consumer goods,” Yankow, the David C. Garrett Jr. Professor of Economics, said in an email.

Wages went up each month of the summer for production and nonsupervisory employees, he said. And those employees worked more hours.

The Spinx Co. president said the retailer is responding to challenges by promising candidates better wages and a better work environment.

“We’re proud and excited to announce this commitment to enhancing our hourly rates for our valued frontline teammates,” Stan Storti said in a news release. “Being an employer of choice has been a significant goal for us at Spinx over the last five years, which means a lot more than pay.”

Storti said the company has adopted a formal program to make Spinx a fulfilling place to work. With 82 convenience retail stores and 45 carwashes throughout South Carolina, Spinx’s competition is not just other convenience stores. To keep its 1,500-person workforce at full staff the company competes with every business that pulls talent from the labor pool.

“We spend a great deal of time and effort ensuring that we at Spinx have a unique and generous reward system,” Storti said in the release, which called the current environment a hiring crisis. “Pay rates are reviewed every six months, and lately every other month, to ensure that our rates are competitive with similar employers, not just gas/c-store operators. This year, we’ve seen starting rates begin to trend higher around June as businesses struggled to find people.”

“The turnover at restaurants has already been incredibly high, but you’ve always been able to find people,” said Painter, principal at Candor, a Greenville based restaurant consulting group. “So anytime that unemployment is low, restaurants are always struggling from a labor market perspective. But as the minimum wage increases, restaurants are going to — and you’re already seeing this — they’re going to think a little more carefully about, ‘Am I going to hire a bunch of teenagers that are all going to work 15 or 20 hours a week? Or now that I have to pay a higher hourly wage, am I going to invest in more of a full-time person?’