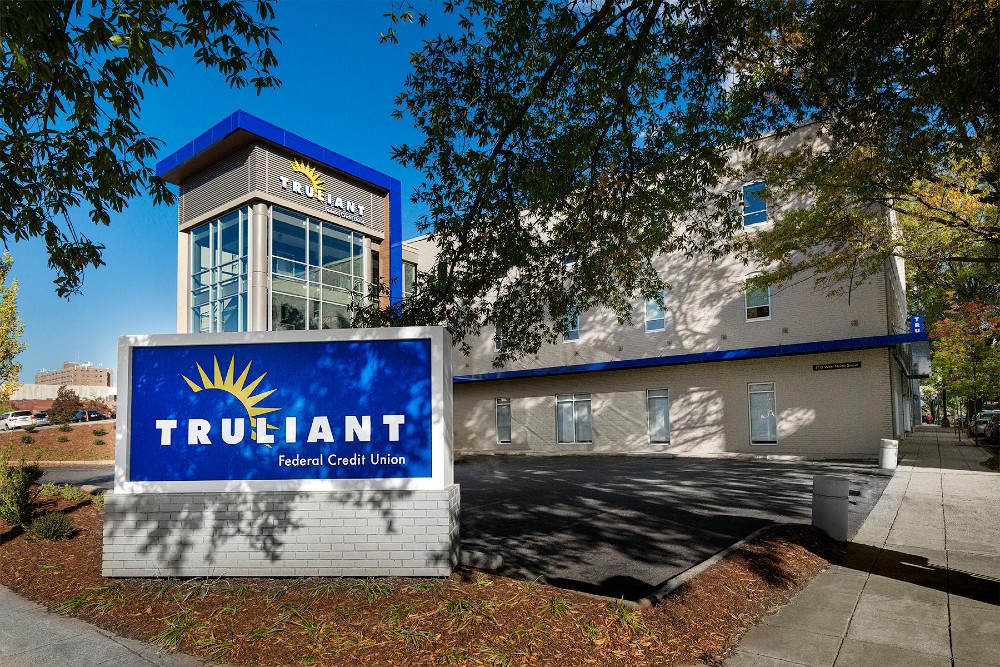 The expansion also includes the opening of a second freestanding branch at Cherrydale Point within the next few weeks, according to a Truliant news release.

Truliant purchased the building in 2021 and renovated the three-story, 19,000-square-foot facility at 110 W. North St. in the Historic District of downtown Greenville, the release stated. Truliant’s Upstate operations will be managed from this location. Built in 1920, the credit union’s new regional office supports commercial lending, financial advisors, Truliant at Work, community outreach and mortgage services, according to the release.

In addition, the credit union is dedicating a significant portion of the regional office to an onsite training center that can accommodate up to 18 employees, the release stated. The South Carolina expansion will create more than 60 jobs over the next several years, including branch staff, ancillary services, support services and back-office roles, among others.

The 70-year-old credit union has a branch on Pelham Road in Greenville, which opened in 2016 and replaced a long-standing Airport Road location, the release stated. Truliant traces its history in Greenville back almost three decades to its business relationship with the JPS Textile Group. JPS partnered with Truliant in 1994.

“Truliant has a long history in Greenville, and we plan to do here what we do best: Offer great value to our members and provide straightforward financial solutions that helps them meet their goals,” said Todd Hall, Truliant’s president and CEO, in the release. “Over the next several years, the Upstate will represent a significant percentage of our overall expansion. Our contiguous strategy south along the I-85 corridor is the next logical step for Truliant. We see a great opportunity in the Upstate market. This area aligns perfectly with our growth strategy.”

In addition to the credit union’s existing branch location, a newly constructed branch office located at 6 State Park Road in Cherrydale Point will open in November, the release stated. Leading the regional branch expansion is Jason Swink, the Upstate market director, who has worked for the credit union’s branch operations since 2020.

A second new location in Easley will open in early 2023, and a third will open in Greer later in the year, according to the release. The combined locations represent more than 28,000 square feet.

In addition to serving as its business lending center for the Upstate, the regional office will provide operational support for Truliant’s branch expansion, the release stated. During the last three years, the credit union offices in North Carolina and Virginia have added additional services for mortgages, business services, insurance services, financial advisors, indirect lending and digital services. Truliant will offer all of these services in the Upstate, and many of the adjacent South Carolina markets will benefit from the new locations, ancillary services and third-party services.

The Upstate locations will form the fourth regional concentration of Truliant branches. The other regions are in the Charlotte-Metro area, the Piedmont Triad area of North Carolina and southwestern Virginia.

At its regional office opening, the Truliant Foundation made a $10,000 donation to the Greenville Chamber Foundation to support the Chamber’s LaunchGVL program, the release stated. This initiative through a partnership between the Chamber and Greenville County Schools connects high school students with work opportunities to strengthen the workforce and to help close the skills gap in Greenville’s high-demand occupations.