The Upstate needs to be ready to respond to three major disruptive trends in the economy to remain competitive and successful.

John Lummus, president and CEO of the Upstate SC Alliance, said the first trend is a change in project size, followed by a growing demand for innovation and a changing world market.

“Economic development success used to hinge on attracting large manufacturers. You bring in a big company, bring in lots of jobs and it’s a huge win,” Lummus said during a GSA Business Report Power Event on Thursday. “But fewer big opportunities will exist over the next five years. That’s true here in the Upstate; that’s true for every part of the U.S.” 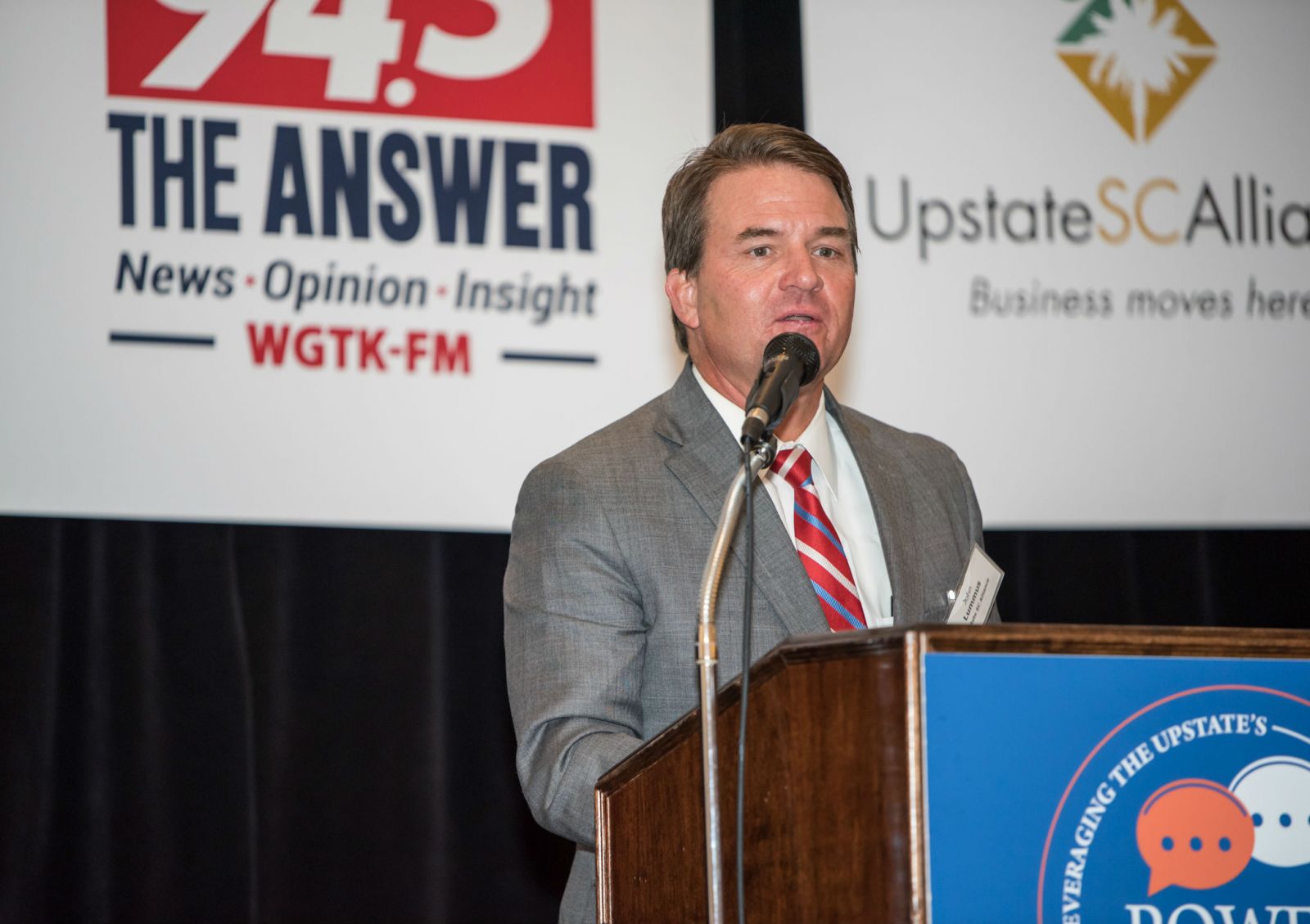 Lummus said the Upstate will find the greatest job growth in small and middle market firms, those with $10 million to $100 million in revenue and sales. Over the last 10 years, major projects were down 50%, “not just here but nationwide. For us, projects that bring more than 50 jobs and more than $1 million in investment have declined,” he said.

In addition to pursuing small to mid-size companies, Lummus said economic growth also can be found in existing companies.

“Over the last 20 years, 86% of jobs were created by firms that were already here,” he said. “That’s where we see the best opportunity — attracting more mid-size firms and small firms to our region and expanding existing companies.”

To further illustrate his point, Lummus said that in the first half of 2018, the Upstate received 25 total projects representing $585.2 million of investment and 1,418 jobs. “Of these, 11 were new companies and 14 were expansions,” he said.

The second disruptive trend in the economy is the growing demand for innovation. Companies go where they can find the innovation that they need, Lummus said.

“To respond to this, our strategy at Upstate SC Alliance is to be an innovation connector,” he said. “Here’s why innovation is critical: Our data show that on average it took five employees in 2015 to produce $1 million in manufacturing goods. In 1980, the same amount of production took 25 employees.

Labor costs are less with automation. Lummus said that’s a big change for the Upstate because labor cost “was a way we sold companies on coming here in the past.”

With automation reducing the labor needs, technology and efficiency are more important every day and manufacturers want to go where the service firms and talent are available, he added.

The third trend changing the Upstate is its expanding and changing role in the world market.

“We first attracted foreign companies because of the low cost of doing business here. Then we built infrastructure and we learned how to work in a global market,” Lummus said. “We perfected our exporting processes. Now, 25 years later, we have a great base for export.”

Lummus said the Upstate’s economic development success has made it unique in the United States.

“Our share of jobs from foreign companies is twice the national average. We have a great platform for attracting even more foreign companies to the Upstate,” he said. “We have a distinct advantage because of our established success.”

Important to attracting more foreign direct investment to the Upstate is to “market ourselves as a region,” Lummus said. “We need to remember how the world sees us.

“They see us as a region on a map. They don’t know Greenville from Greer, Spartanburg from Seneca. We need to keep getting better at telling our regional story to take advantage of the opportunity to bring even more foreign direct investment to the Upstate,” he said.