Development in the Upstate is on the rise and can bring along with it political headaches and traffic problems. But according to two developers, managing that growth is a better option than no growth at all.

“All development is political - design review boards, architectural review boards - a lot of those people have their own personal beliefs,” said Geordy Johnson, CEO of Johnson Development in Spartanburg, during a panel discussion Thursday about Upstate Development: Looking to the Future, a power event hosted by GSA Business Report.

Johnson said that groups like design review boards serve a very practical purpose, and that the “Spartanburg Design Review Board is amazing to work with.” 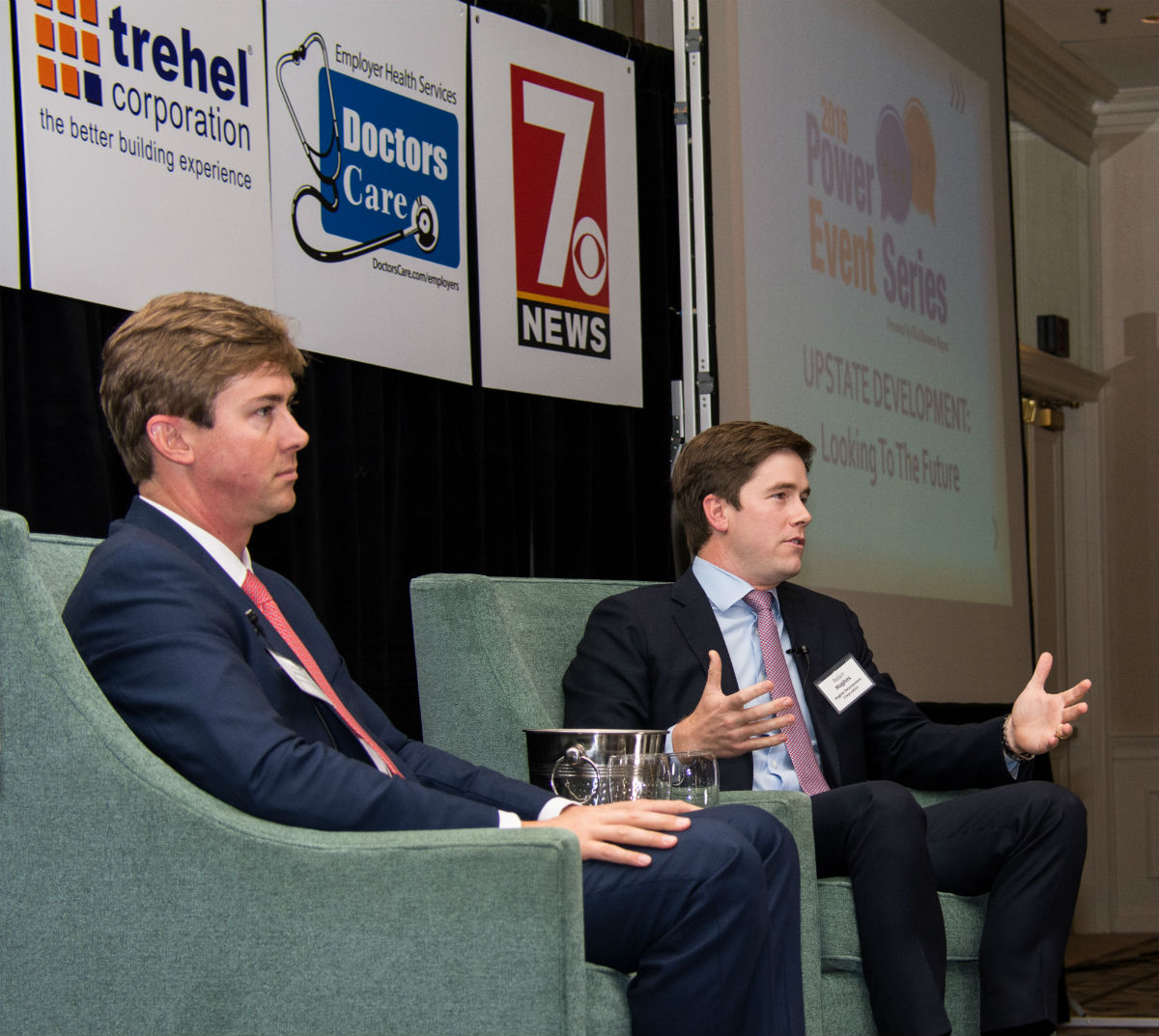 Robert Hughes III, COO of Hughes Development in Greenville, said that while politics can play a role in development, the level of impact can differ between the local and state level.

“I think there’s a big difference between local politics and state politics. When you’re developing at a local level, typically you’re not dealing with bigger statewide issues,” Hughes said. “But it can be a highly political process. It depends on the type of development and every market is different with different guidelines.

“It’s part of the process you have to adapt to and deal with. Luckily, South Carolina and the Upstate are very pro-development and pro public/private partnership,” he said.

As for traffic problems created by increased development, Hughes said that while there are some perceived negatives that go along with development, they are negatives any city will face.

“I think it’s no secret that traffic is worse than it was five years ago. But if you really think hard about it, wouldn’t you rather have that problem than the opposite?” asked Hughes. “We’ve got an increased tax base and outpaced the country in job growth and job creation.”

Hughes said a solid public transportation system is needed to alleviate traffic issues, and that “we’re going to see that solved before we as a city will solve it ourselves.”

The future of development in the Upstate looks strong, according to Johnson and Hughes, because of the “great cost of living, great climate and people want to be here.”

“The I-85 corridor is a phenomenal place to be over the next 25 to 40 years if you’re in development or in business in general,” Johnson said.  And both developers agree that development in one city benefits the next city and the region.

“A rising tide lifts all boats. What’s happening in downtown Greenville has been tremendous for Spartanburg. What happens in all of our communities affects the region,” Johnson said.

Hughes expanded on the point of mutual benefit, saying cities like Anderson, Pickens and Easley benefit from development in Greenville and Spartanburg, even at the local or neighborhood level.

“It’s happening on a really small scale when you look at places like Travelers Rest and the Village of West Greenville. Those places are growing because of development on Main Street in Greenville,” Hughes said. “It extends outward. And the great news is a lot of these smaller towns outside of downtown Greenville and Spartanburg have an authentic sense of place and you are seeing people return to the Main Street mentality.”

Hughes said the revitalization of downtowns and returning to a “sense of place” help attract businesses to not only the city, but the region as well. “I think it continues to radiate outwards and you’re going to see a lot of that,” he said.