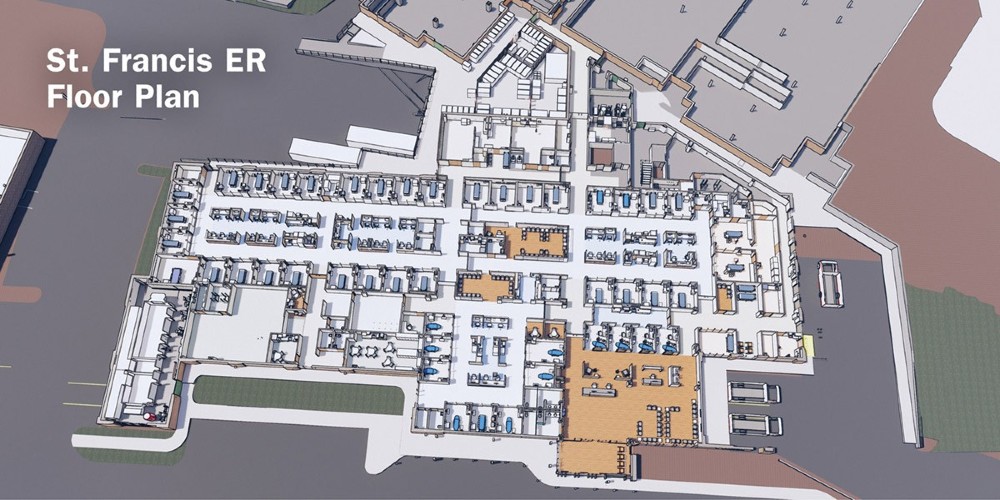 Greta Cue, administrative director of critical care and emergency services, said the hospital’s ER treats 50,000 patients annually, but the new facility will extend its capacity to 75,000. The design will enable the hospital to grow vertically in the future to meet future needs, if necessary, she said in the news release.

“The city of Greenville is growing at a rapid pace,” she said in the release. “This expansion will allow Bon Secours to grow along with and care for our community, as the number of people needing our emergency services increases.”

The project is expected to be complete by the end of 2021.