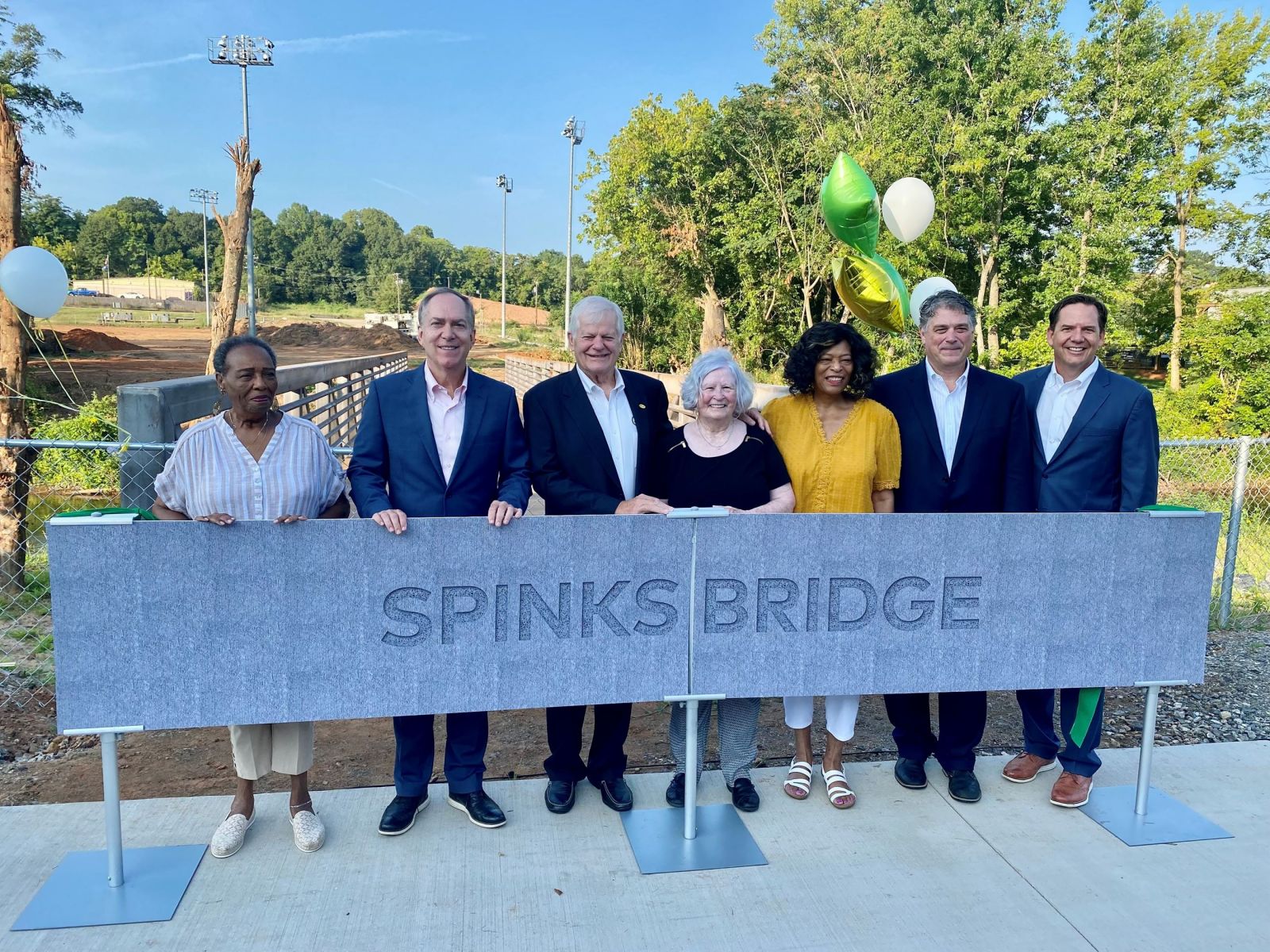 Gem-sourcing hub Diamonds Direct has selected Safe Harbor as the charitable beneficiary of the company’s grand opening celebration on Sept. 23.

A portion of sales during the event, lasting from 5 p.m. to 7 p.m. at the 1113 Woodruff Road showroom, will go directly to Safe Harbor’s ministries including its creation of safe emergency shelters, transitional ousing and counseling for survivors and their children.

“We hope that these proceeds will allow Safe Harbor to continue their much-needed work with victims of domestic violence in the Upstate of South Carolina and make an impact for those seeking assistance,” Lynn Tu, vice president of Dimonds Direct’s South Carolina operations, said in a news release.

The Spinks Family Foundation has donated $250,000 for the installment of one of three pedestrian bridges crossing the Reedy River in Unity Park.

Crews installed the 110-foot Spinks Bridge over the Reedy River near the west boundary of the park earlier in August. The bridge spans the river at Welborn Commons and will be open to pedestrians when the park opens in the spring.

Construction will soon begin on the third and largest pedestrian bridge, according to a news release. Made of weathered steel, the 165-foot Auro Bridge will be constructed on-site, as specially trained crews suspended on cables work from both sides of the river.

The United Way of Anderson County will recognize the organization’s Pacesetters, give out awards and give an update of ongoing projects at the nonprofit’s campaign kick-off event at Southwood Academy of the Arts on Aug. 31 at 8:15 a.m.

Breakfast will be provided, and guests are expected to RSVP.