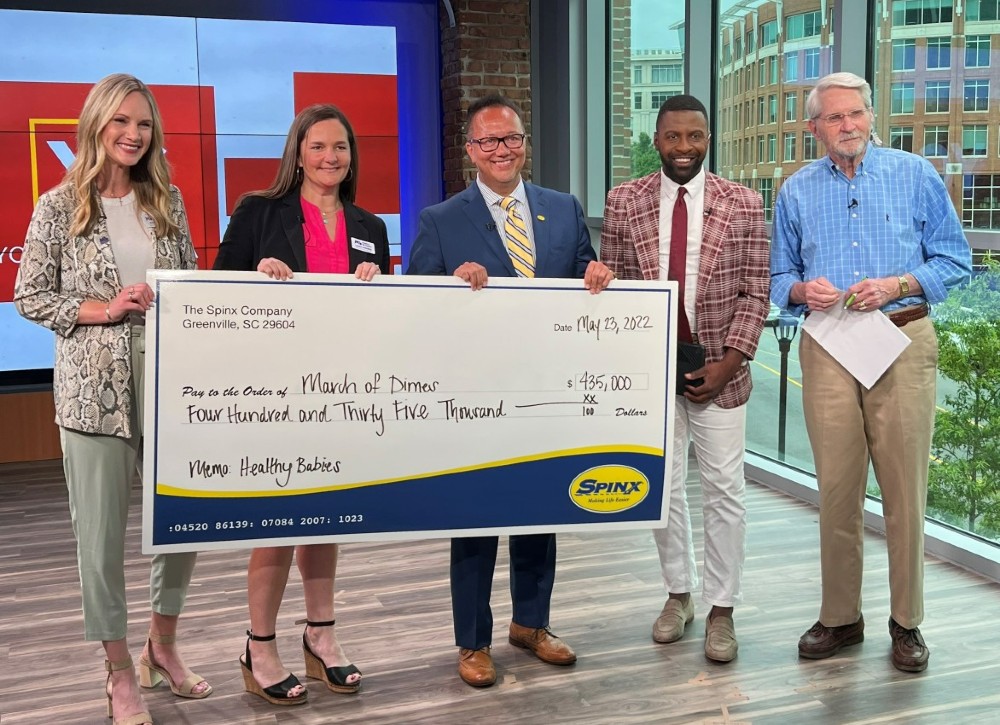 The money raised funds life-saving research, direct services such as the three Neonatal Intensive Care Unit Family Support sites in South Carolina, advocacy, and education to fight for maternal and infant health including health equity and the prevention of preterm birth, birth defects and maternal and infant loss, according to a news release

Spinx, Greenville-based fuel and convenience retail company, focuses on charitable initiatives and each of the company’s 82 stores contributed to the total donation by encouraging customers to donate while at the counter or the pump.

Giving back to surrounding communities is one of the company’s stated core values. This  year’s donation is the largest to date. Children are the center of the Spinx giving mission and in the last decade the company has raised more than $3.5 million for the March of Dimes.

Spinx, with about 1,400 employees, is the largest privately held retailer in the state. In the face of rising gas prices Spinx has brought back a 25-cent fuel discount for customers who use the company's Xtras Pay account. The program is available through the Spinx mobile app.

Mungo Homes Foundation having a week of service

The Mungo Homes Foundation is having its first-ever week of service, today through Friday.

Mungo Homes team members will use company-allotted paid volunteer hours to participate in activities for two local organizations. The will take on general maintenance, clean up and landscaping at Safe Harbor, which assists domestic abuse survivors and their children; and gather supplies, assemble and distribute activity bags for patients at Shriner’s Hospital, according to a news release.

The Mungo Homes Foundation was established in 2021 with the sole mission of improving the communities in which Mungo builds by providing economic, educational, health, housing and emergency hardship support for events such as natural disasters. A portion of each home sold is contributed to the foundation and is invested in the local community of that home.

The week of service is a company-wide initiative across all nine markets where Mungo builds. Local organizations were nominated by local Mungo team members and selected by each local Mungo Homes Foundation board of advisers based on qualifying criteria.