New plan for The Pier will triple the potential residents 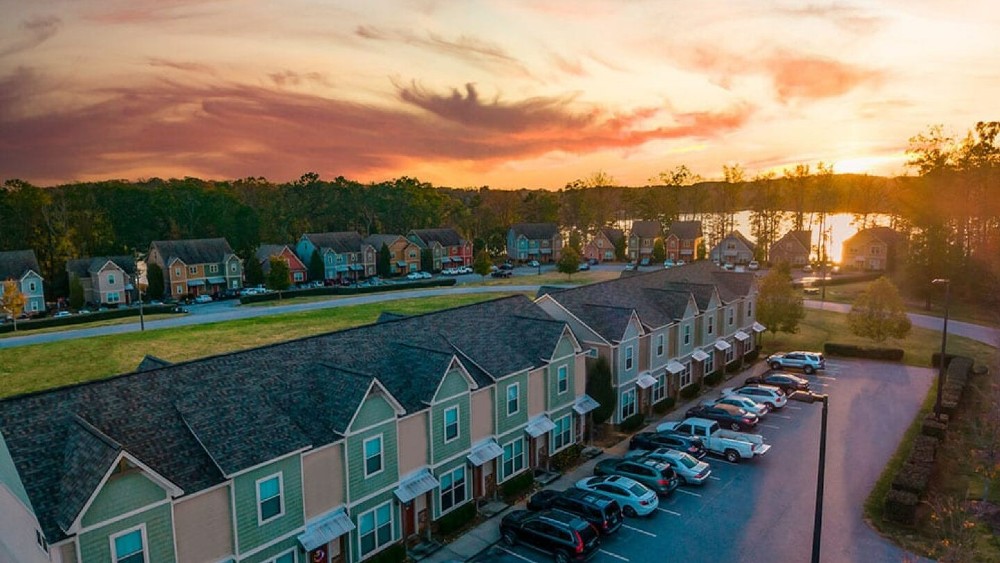 Chicago-based Core Spaces is teaming up with Clemson developer Tom Winkopp Development on a venture to create what they say will be one of the country’s largest off-campus student housing development projects, according to a news release.

The development on Lake Hartwell is on the site of an old J.P. Stevens textile plant, which had become WestPoint Stevens. The company announced closures and layoffs at multiple sites in 2005, including 1,345 job losses from the Clemson plant, which is actually across the lake in Oconee County. The plant closed and was demolished eventually, with the first phase of off-campus student housing known as The Pier going up several years ago.

As it exists now, The Pier stretches deep into the 140-acre village site, which now includes 1,400 beds of student housing, recreation facilities, a small restaurant and bar and an enclave of tiny houses.

The final development will bring the bed total to 4,000, the news release said. It will include walking trails and a lakefront beach.

“At Core, our mission is to connect with our residents and create spaces where they can live how they want and do what they love,” Daniel Goldberg, president of Core Spaces, said in the release. “This project is among the most ambitious in our history, and we are pleased to partner with Tom Winkopp and his highly respected local development team to bring to Clemson University and its surrounding community a world-class college town environment. Clemson … has experienced significant population growth due to its high quality of living, affordability, picturesque downtown, and favorable year-round climate as well as Clemson University’s strong enrollment rates.”

Future construction will be more than continuing the line of houses and townhouses that stretch along the streets, now, the release said. The plan will reimagine the entire student village. Core will work to create single-family neighborhoods and clusters of homes that have their own community feel. One of the key elements of the neighborhood will be the nine-bedroom homes that the company says will be among the most unique off-campus student housing units in the country.

The student village is one piece of a larger master-planned, mixed-use project on the entire 325-acre site to be developed by Tom Winkopp Development and partners during the next three to five years, the release said. Winkopp and partners have owned the land since 2007.

“This is one of the most spectacular pieces of property located near a college campus we’ve ever seen,” Joe Gatto, managing director of acquisitions at Core Spaces, said in the release. “We’re very excited to transform the space into a one-of-a-kind student village that residents will love. After we deliver 900 new beds in 2024, it will become one of the largest privately owned student housing projects in the country.”

“Core Spaces is nationally recognized as the best-in-class design-centric developer of purpose-built student housing, and they showed why immediately,” Winkopp said in the release. “I am thrilled to partner with them to bring this exciting project to life. I chose Core for its urban planning approach to projects that seamlessly stitch together the old and the new in terms of architecture and style. This is a one-of-a-kind opportunity to develop this type of property that will greatly benefit Clemson students and have a tremendous economic impact on the surrounding counties.”

JLL Capital Markets worked on behalf of the joint venture between Tom Winkopp Development and Core Spaces. JLL is a professional services firm that specializes in real estate and investment management.