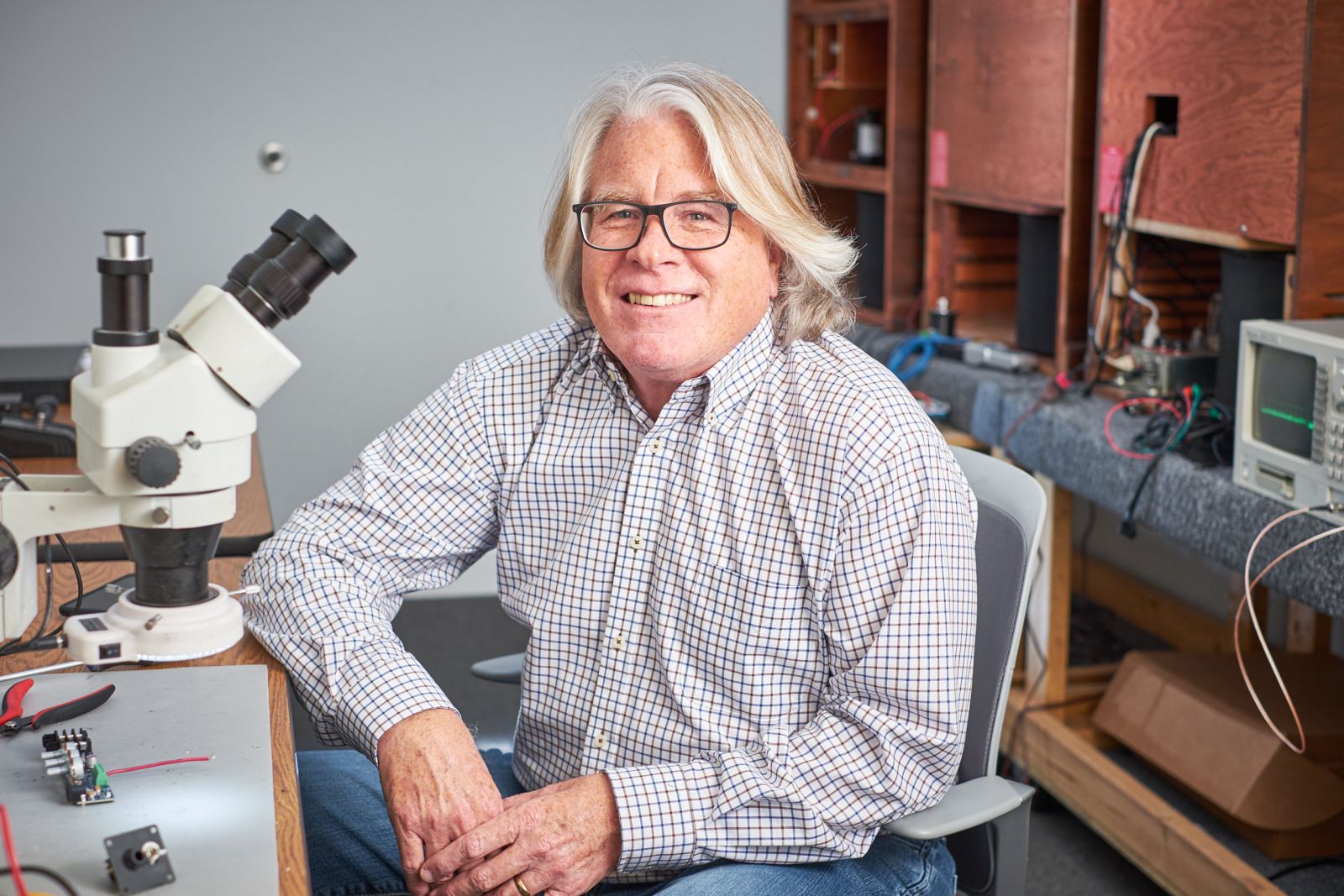 Spotlighted by Pink Floyd to the Beatles to Eric Clapton, some might call the Leslie speaker the unassuming backbone of classic rock and roll.

Tom Booker O’Hanlan called the spinning speaker a hobby horse — until the Sealevel Systems CEO became one of few people in the world to refurbish the vintage speakers commercially from his Liberty-based BookerLAB.

“It’s a fun sport, if you will,” O’Hanlan said about collecting the now 13 Leslie speakers that jumpstarted his work at BookerLAB in 2018. “And I don’t even play keyboards. I’m just enamored with the technology.”

In the late 1930s, Don Leslie invented the titular speaker, a cabinet with a revolving horn-like amplifier, to marry the doppler effect to the Hammond organ. Over the decades, musicians like John Lennon experimented with the speaker to torque their voice — as in the Beatles’ otherworldly cut “Tomorrow Never Knows” — as well as electric guitars and other instruments. 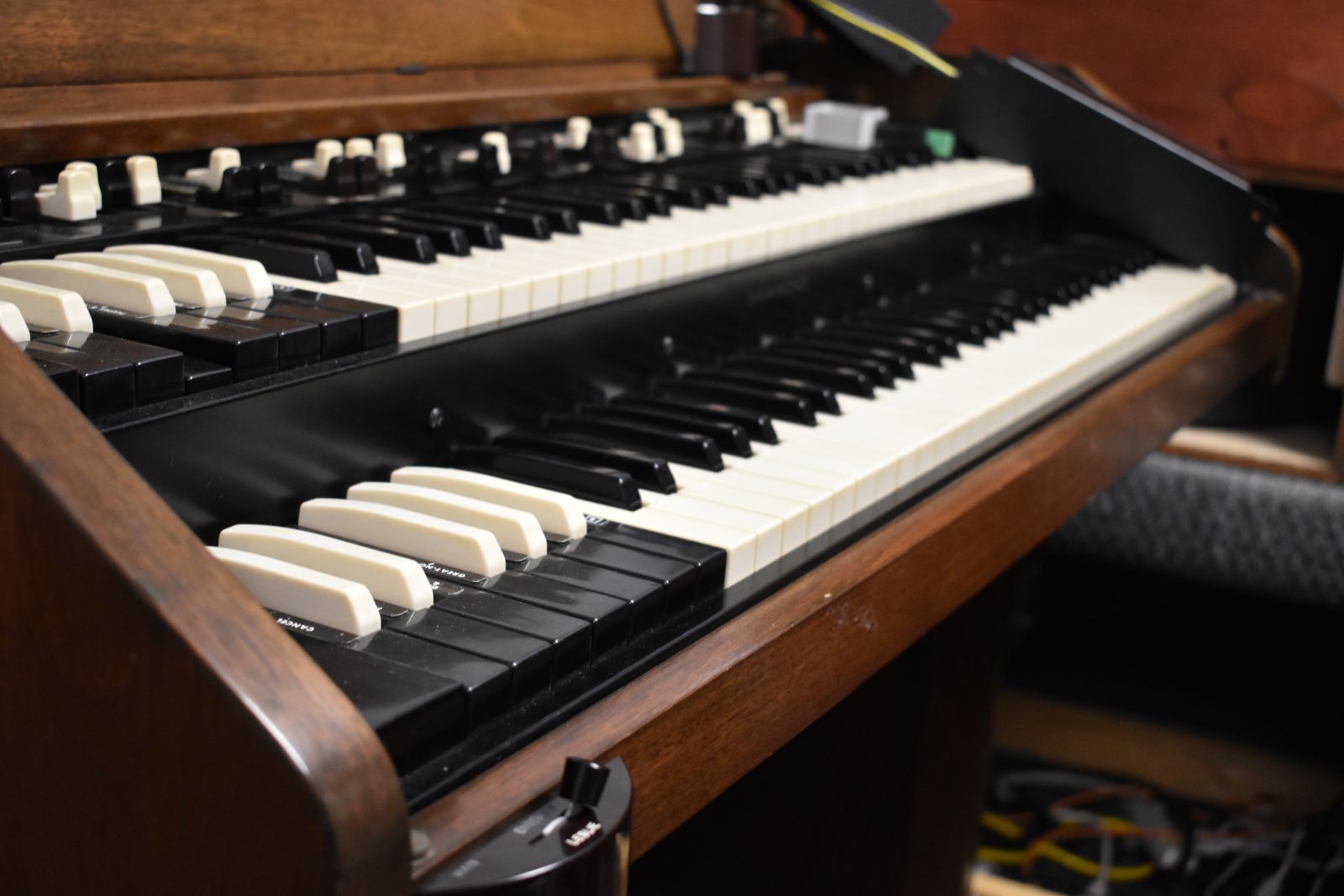 Today, throwback bands, churches favoring a traditional gospel vibrato and college-age musicians seeking out a vibe that’s equal parts old-school and new are the market for Leslie speakers, he said.

The speakers are still being manufactured with organs fresh off the production line but connoisseurs claim the new kids on the block don’t sound quite the same as their predecessors. The price-point also doesn’t match up.

Once O’Hanlan learned to refurbish the speakers he collected, he built off his expertise from Sealevel’s circuit boards to launch a line of motor controllers, Revolution: The Advanced Motor Controller, now joined by other components for sale.

“We recognize it’s not a huge market we’re catering to, but just like Sealevel started doing little plug-in boards and now we’re doing computers for the military, I see this as a startup music business, and our focus and niche is on the Hammond and Leslie market right now,” O’Hanlan said.

Past customers include Peter Keys, Lynyrd Skynyrd’s contemporary keyboard player; a keyboardist who toured with the Who; The Revivalists and Van Morrison contemporary Joey DeFrancesco, who multitasks a trumpet and a Hammond organ. 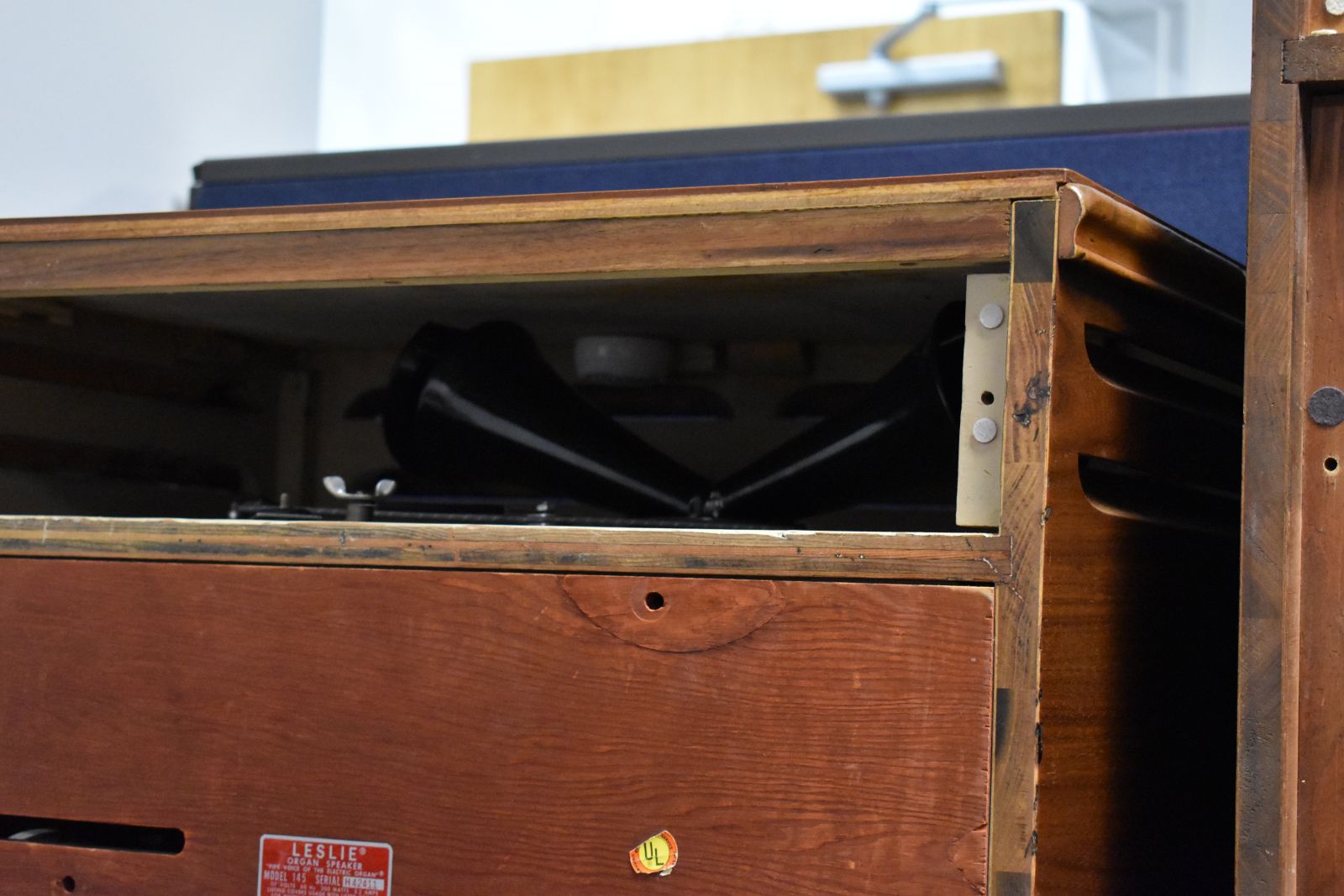 COVID-19 precautions have braked the regular “pulse” of purchases for upcoming 2020 tours — such as parts for the organist with Grammy-award winning Lauren Daigle — but O’Hanlan and James McCarter, the company’s new business development representative, are staying busy with at least 50 purchases from the start of 2020 to late June.

And if anything, O’Hanlan’s willing to wait things out. He’s done it before.

“Everything starts in my mind and stays there a long time. Yes, it’s something I’ve wanted to do for a long time,” he said.

Chuck Herin can’t remember a time when music wasn’t a part of his life.

The cellist became one of the youngest members of the S.C. Philharmonic orchestra when he was 14 years old in 1971. As soon as he took his seat in the cello section, neighboring ladies flocked around the boy with requests to tune the often swollen wooden pegs on their gut-strung cellos. 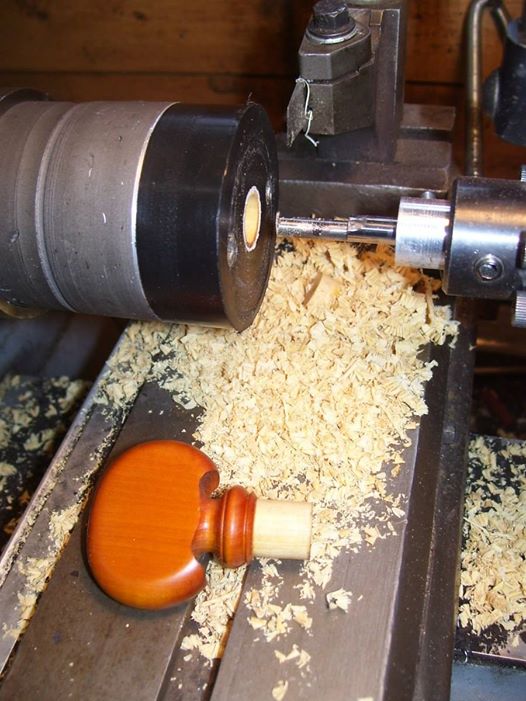 “By the time the rehearsal started, I had sore hands from tuning about eight or nine other cellos,” Herin said. “Looking over my shoulder because I was on the very last row of the cello section — to my right was the string bass section and the bass section has had geared (tuning) pegs since the early 1800s — and I was thinking I wonder why cellos don’t have gears?”

In college, Herin began tinkering with prototypes of tuning pegs that housed gears instead of a solid wooden stem. It wasn’t until his sister challenged him to stop talking about the idea and actually do something about it in front of Herin’s wife-to-be decades later, however, that Herin brought his plans to light.

One week later, he visited Columbia patent attorney Mike Mann with the idea, and convinced Mauldin’s Centerline Technologies to make a plastic mold for the cello peg.

At one time, he sold up to 90,000 pegs a year. Geared cello, violin and ukulele pegs are now sold by a smattering of other companies, but Herin says Pegheds is the only one in the market for about 27 of the 30 instruments, ranging from lutes to sitars.

Herin has crafted 30 pegs for a “one-of-a-kind” French lute with synthetic base strings by request. Grammy-winning cellist Lynn Herrell also used Herin’s pegs to tune his Montagnana, an Italian cello that Herin says rivals a Stradivarius violin in both price and rarity. 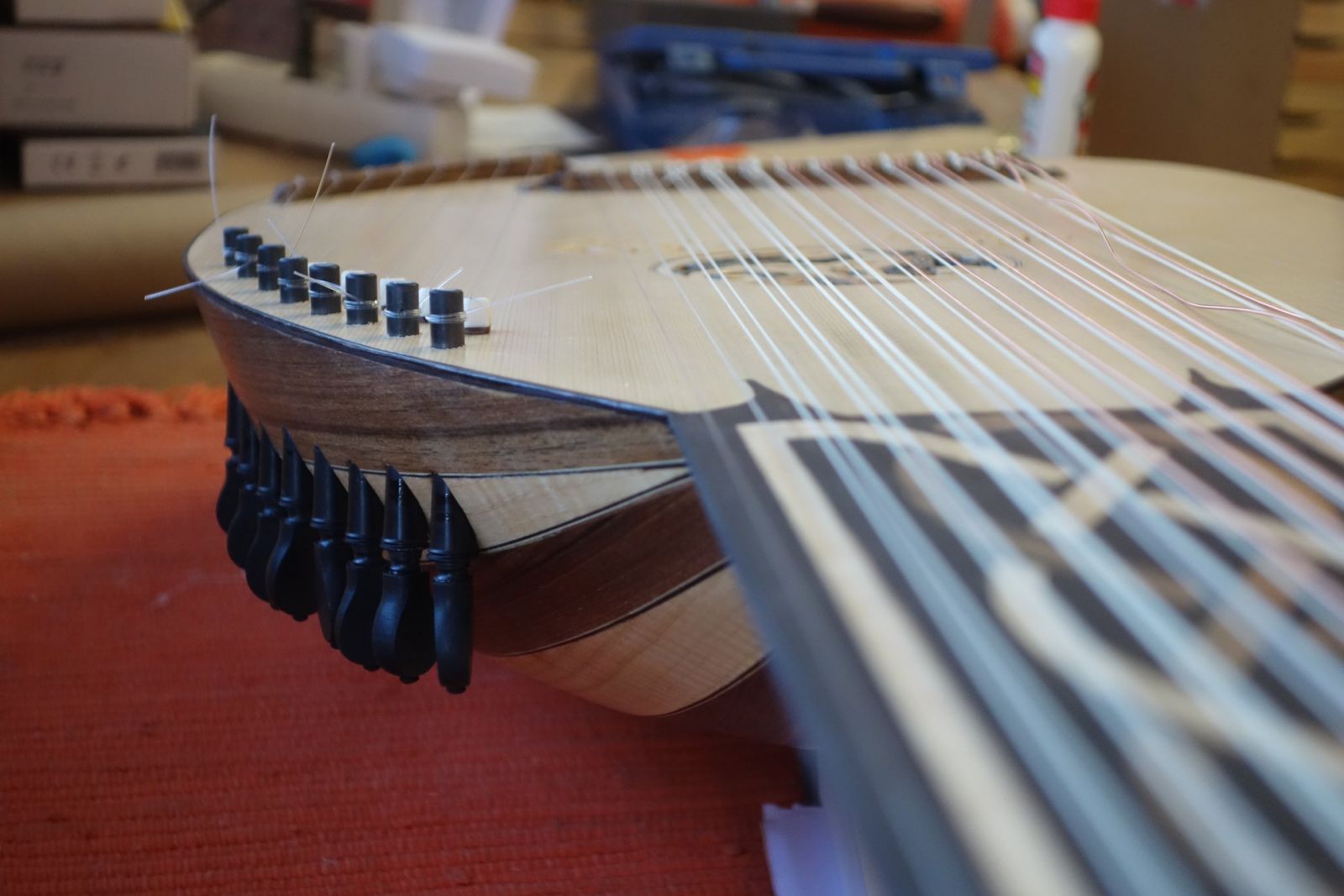 Still, the cellist is ready to retire and sell his company after all these years, but once you become a one-of-a-kind fixture in the field of replacement pegs, it can be difficult to find a replacement for yourself.

“I’m the only person in the United States,” Herin said. “There’s a company in Taiwan that makes the product with my licensing, and there’s a company in Germany called Witter which is like comparing apples to oranges, because the Witter pegs are aimed at the low end and they’re made out of plastic,” he said.

Tom Strange had a wild idea in college.

Infatuated with the sound of a soft-toned clavichord built by his professor at the University of South Carolina, he decided to build one himself. After graduating, he pivoted instead to a harpsichord and bought a kit Zuckermann.

“When they call it a kit, it’s not like IKEA where you can assemble it in a few days and you’re done. In this case, the kit is more like what the great builders in antiquity would have done,” he said. 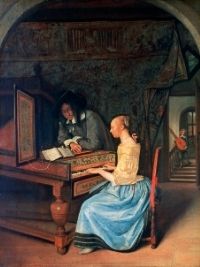 For 20 years, Strange focused on his physics career as Abbott’s research and development director and put his devotion to keyboards on the back burner. The internet was the icebreaker, however.

"The next thing you knew, you could talk to people all over the world about things like early pianos and harpsichords," he said. "The marketplace suddenly exploded wide open."

As he began to collect early pianos, harpsichords and clavichords himself, restoration-work came with the territory.

“You aren’t going to find parts that are ready made, you have to make them,” he said.

Like slicing a loaf of bread, Strange said it’s easier to fashion a set of parts, such as piano hammershanks, of which he makes hundreds a year, out of one block of wood instead of just one replacement.

Now that the physicist has retired from Abbotts, Strange is turning his attention to the Sigal Music Museum (formerly, the South Carolina Music Museum), which he has served as curator since its opening in 2018. Last year, the Greenville museum inherited hundreds of early keyboards and woodwinds from collector Marlowe Sigal, an exhibit set to open this month.

“I have years and years of restoration work already lined up,” he said.

This story originally appeared in the August 10, 2020, print edition of the GSA Business Report.