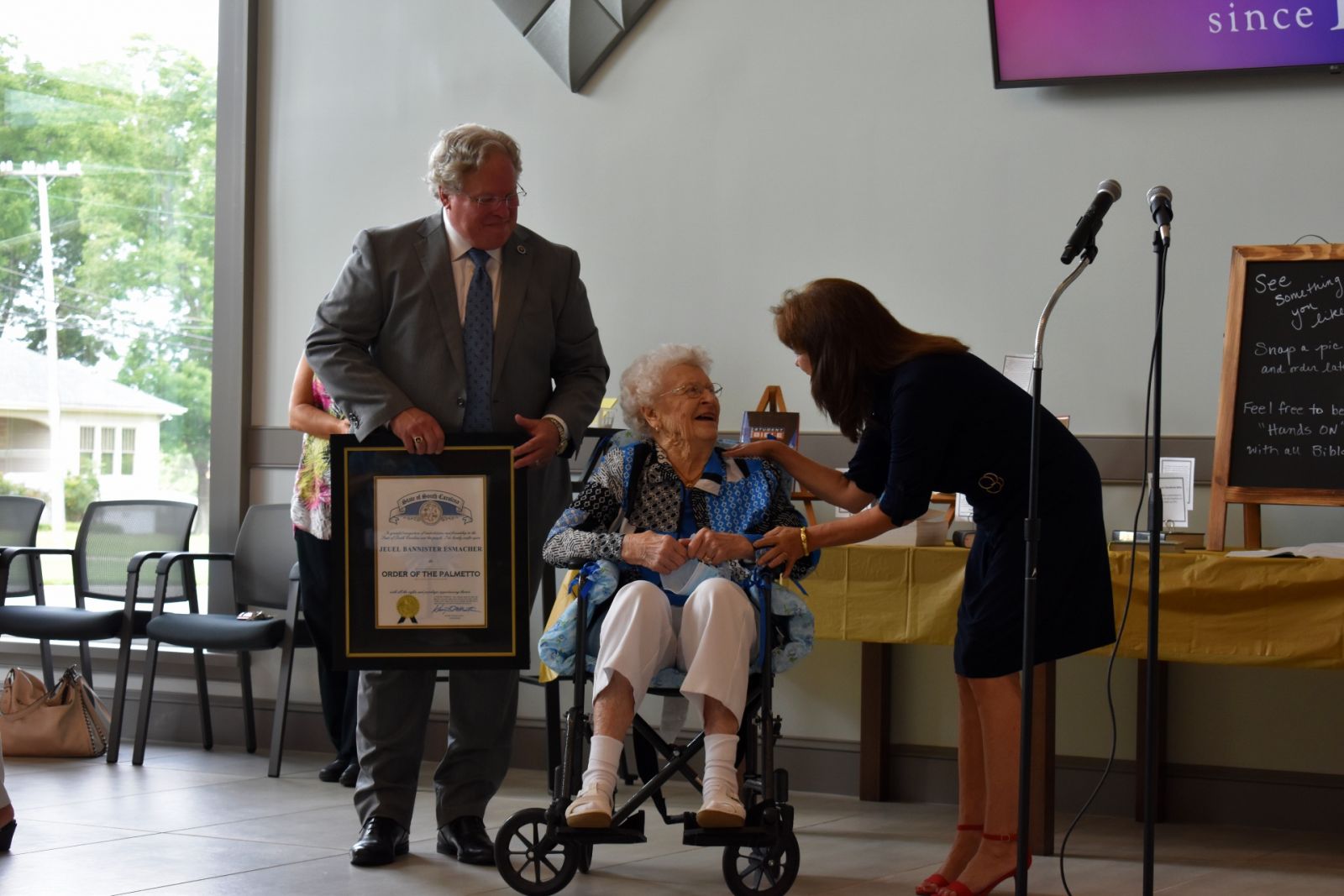 You never know where that one class you took in college on a hunch might take you.

For Anderson native and high school band director Jeuel Bannister Esmacher, 97, that one U.S. Army cryptanalysis course she took at Winthrop University would land her in the pages of New York Times Bestseller Code Girls: The Untold Story of the American Women Code Breakers of World War II in 2017.

She reappeared this week in headlines as the recipient of the state’s highest civilian honor, The Order of the Palmetto, following a surprise awards ceremony Sunday morning at Anderson’s First Presbyterian Church, attended by State Reps. Jay West and Anne Thayer, officials from Winthrop University and Esmacher’s friends and family.

“We’re so happy the state of South Carolina followed our suit and gave the highest honor that they could give,” Debbie Garrick, senior development officer of Winthrop University, said during the event. “Winthrop gave Jeuel the Mary Mildred Sullivan Award, which is the highest honor we could give. We’re not a bit surprised by this, because if you know Jeuel, you know she does not seek accolades, but she certainly does deserve every single one that has been given to her.”

In the early years of 1940, her aptitude for code-breaking and music prompted a message from the Department of Defense: “Come at once; we could use you in Washington,” Esmacher recounted in an interview to Code Girls author Lisa Mundy.

Esmacher responded to the call from the U.S. Army’s top-secret code-breaking operation at Arlington Hall, where women worked to unravel messages coded in Japanese and German during the war, warning troops of impending attacks and creating false communications to be received by Axis forces.

According to Code Girls, one of Esmacher’s personal discoveries helped the United States sink a Japanese vessel.

When asked what she did at the time, she said she took out the trash at government buildings, according to a 2017 interview.

“None of this information came out to us until that book came out,” Esmacher told reporters Sunday about the details of her experience. “I didn’t even know the information had been released. I couldn’t talk about it.” 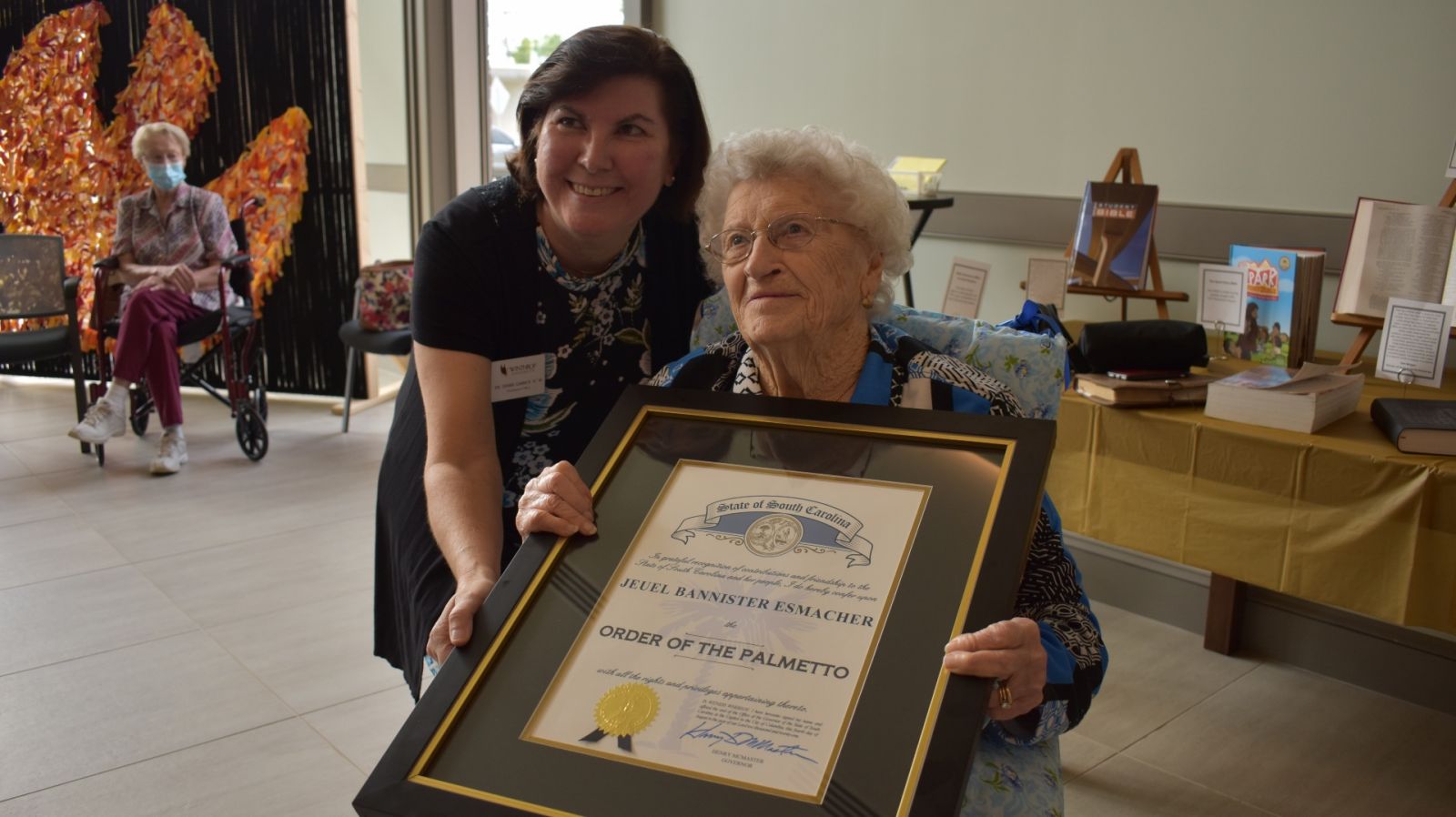 In Code Girls, Esmacher recounts meeting her late husband Harry for the first time as he linked arms with returning Army translators and crossed the river from Virginia into Washington, D.C., on V-J Day, which she jokingly refers to as “Victory for Jeuel Day,” among crowds singing “Happy Days are Here Again.”

She told reporters Sunday that World War II was hard for everyone, both the homefront and abroad, but she hopes her work made a difference in the war.

“We really did try to do everything we could, and I think we did from what I’ve learned,” she said.