Greenville-Spartanburg International Airport will cut a ribbon on Sept. 9, but President and CEO Dave Edwards feels like he’s kicking down a wall.

A $30 million, 110,000-square-foot cargo warehouse opens that day, as well as more apron space to park cargo planes, and Edwards said he thinks it will open the way for more cargo business, a business segment the airport has cultivated and grown in the last few years despite not having enough room to do it properly, he said.

“Here at GSP we’ve been sorely constrained over the last couple of years since we got into the cargo-handling business and we’re glad to really be able to grow the business outside of what we’re doing for Senator,” Edwards said. 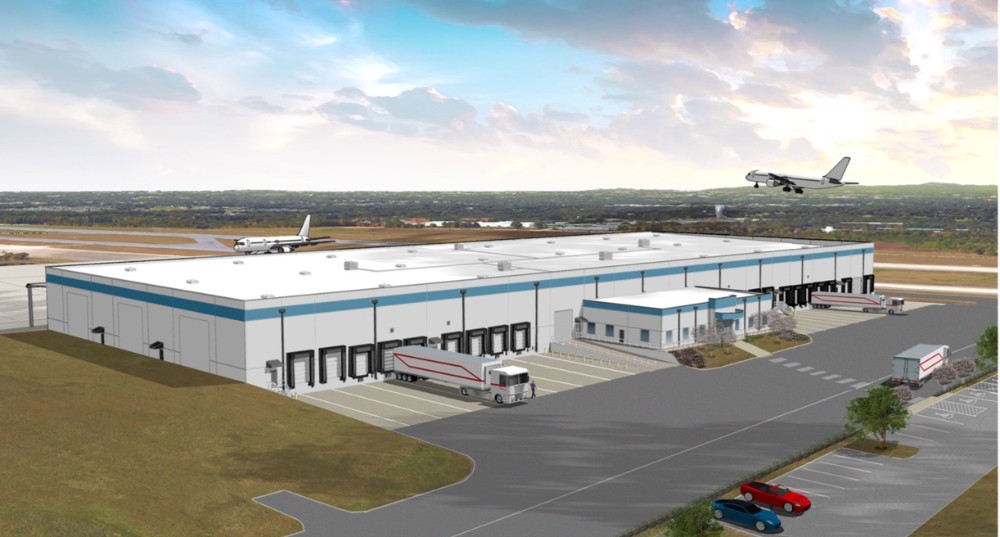 Senator International started moving cargo in and out of GSP in 2016, flying first between Greer and Germany. It later added service to Mexico. The company will take about half of the new warehouse space, and GSP’s Cerulean Aviation will take up the rest.

“We’re really excited to come to the conclusion of the development of this almost-15 acres of new aircraft apron to accommodate cargo aircraft in and out of GSP,” he said. “It will give us the ability to accommodate three 747-800 aircraft simultaneously, which is a lot of cargo capacity.”

Presently only one cargo airplane that size can be on the ground at GSP. At the current traffic level, it would be rare for two 747s to be on the apron at once, but Edwards said one concern now is that if a plane on the ground needs service, another 747 can’t be accommodated until the first one is off the apron and back in the air. Besides that, more room for cargo means more cargo.

Edwards said the airport’s cargo business grew out of need when BMW Manufacturing was grappling with supply chain challenges and needed a fast and reliable way to get transmissions shipped to the plant. When the automaker demonstrated that it could solve time-sensitive supply chain challenges through air freight at the local airport, other manufacturers started using GSP for more cargo, too, Edwards said.

The service has grown from between two and six 747 flights at the end of 2016 to eight to 10 now. In addition, the airport sees about 1,000 flights a year from small planes bringing last-minute cargo to fulfill more urgent, just-in-time needs for area manufacturers.

A 2012 study, when GSP was seeing two jumbo cargo flights a week, determined those two flights had a $40 million impact on the economy, Edwards said. He told attendees at a groundbreaking ceremony last September that the growth of air cargo says a lot about the health of the airport and the Upstate in general. Senator International provided 53 new jobs when it came to GSP in 2017.

“The new facility is going to be more than a significant accomplishment for Greenville-Spartanburg International Airport,” Edwards said when they announced plans for expanding cargo capacity. “It’s going to provide much-needed support for major manufacturers and have a direct economic impact on the Upstate.”

Minor Shaw, who chairs the Greenville-Spartanburg Airport Commission, said the commission is dedicated to supporting GSP’s growing cargo enterprise because it’s good for the airport and the community it serves.

“We want to make sure that we do everything to create the best opportunities for the airport to make it the best that it can be,” she said at the ground-breaking ceremony. “Supporting air cargo operations has been an important responsibility of the Greenville-Spartanburg airport since we opened in 1962. We’re committed to supporting the needs of our major manufacturers and always have been. They support our economy and quality of life.”

GSP’s new cargo apron is being funded partially by $11 million from the Federal Aviation Administration’s Airport Improvement Program, according to earlier reports. The cargo apron cost is $17 million and the warehouse cost is $13 million.