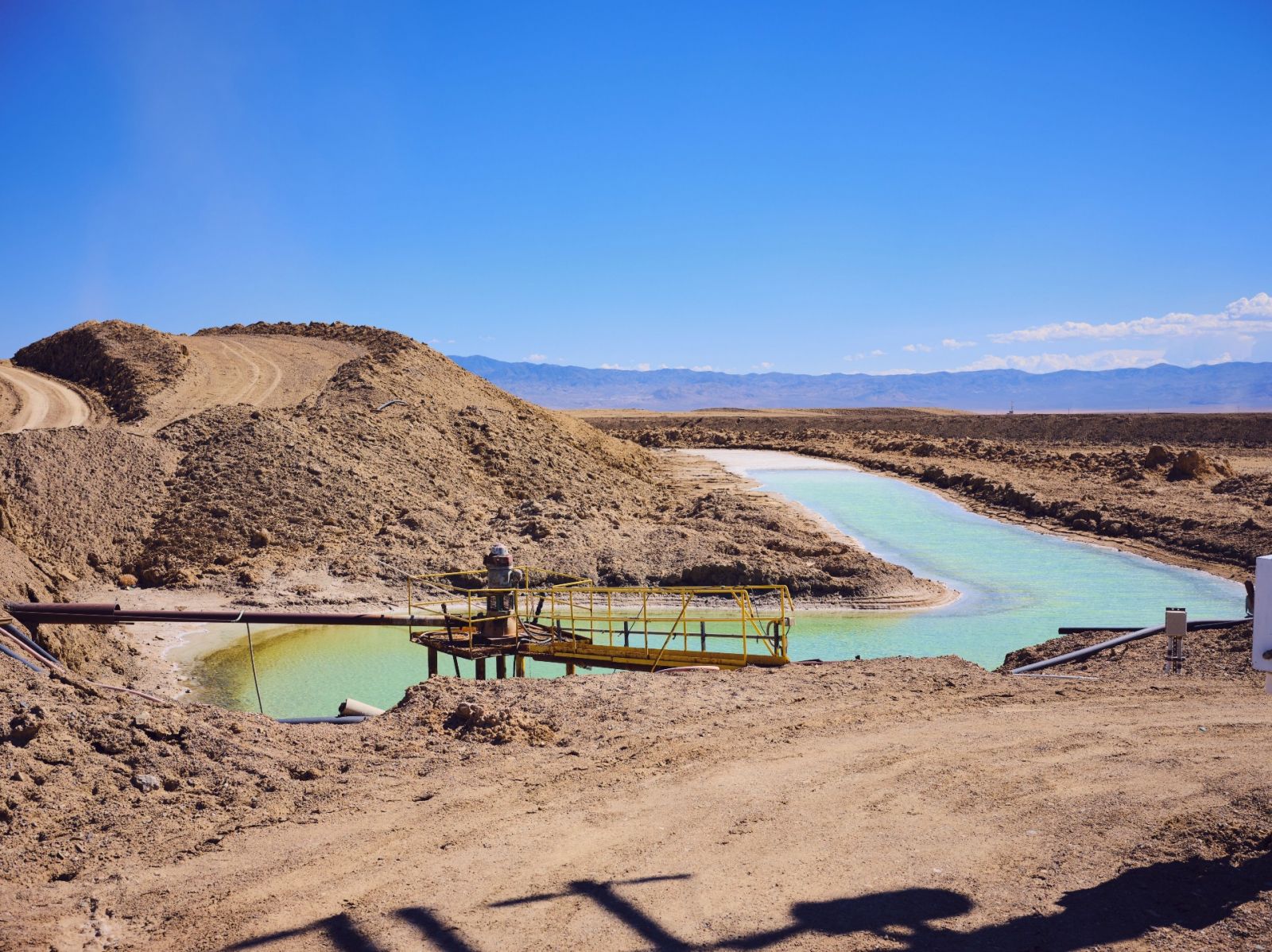 Demand from the energy sector began to climb for an auto and aerospace giant, and something had to give.

“Globally, everybody is going to clean energy, and the applications we are going after: it saves them about 30% in total costs of ownership, so this is an enabler for that industry,” Prasad Donti, project leader for Solvay’s thermoplastic capital projects, told GSA Business Report.

The Belgian company produces tapes and other materials made from thermoplastic composites used in several applications, including the construction of aircraft, vehicles and lithium-ion batteries.

After a few delays from COVID-19, the company opened a 27,000-square-foot facility on site of Piedmont’s former Cytec carbon fiber production plant on Sept. 16. The new lines will be used to manufacture unidirectional composite tapes from PVDF, PPS and PEEK thermoplastics.

According to CEO Mike Finelli, the Upstate’s new PVDF tape production line will be used by the oil and gas industries but at Solvay’s other locations, the plastic is shaped to bind battery cathodes, allowing them to stay powered up for longer periods of time.

Following the U.S. withdrawal from Afghanistan — home of what some speculate to be the most lithium-rich deposits on the planet — fears of a lithium shortage and price spike escalated this fall, but Finelli said he doesn’t take stock in those fears. At least not for the lithium market. 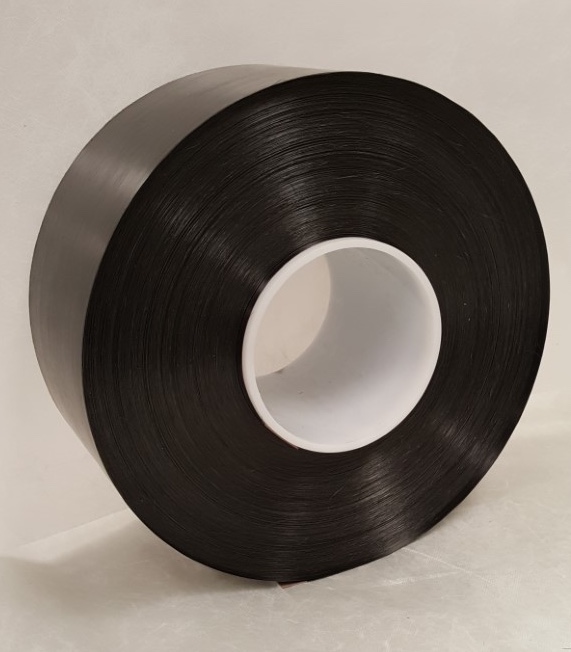 “I think the industry will adjust and move as it needs to,” he said. “The concern about lithium itself is not as big of an issue as it was a few years ago.” Especially as Solvay ramps up the use of a battery-recycling process that extracts minerals from used batteries, he said.

Most batteries are recycled through a process called pyrolysis, he said, where the batteries are ground up and burned. Minerals like nickel and cobalt can be extracted, but lithium is usually too challenging to save. None of the material is pure enough to be used in a battery again, however.

Solvay’s use of chemicals used during rare earth mining, however, can extract lithium, cobalt, nickel and magnesium from ground-up batteries pure enough for re-use in a battery.

“Now [we’ve] created a real circularity, which is critical for this industry, because ultimately, you want to slow down the mining of these materials,” Finelli told GSA Business Report.

Critics of the withdrawal from Afghanistan claim the U.S. decision hands Afghan deposits to nations like China, which already operates 73% of all lithium-ion battery production, according to 2020 U.S. Senate testimony from Benchmark Mineral Intelligence.

Diplomatic veterans and industry leaders drive home China’s leg up in the lithium industry, but the jury is still out on the U.S. withdrawal’s impacts on battery manufacturers — and suppliers like Solvay — in the long run.

“China is back to get everything in Afghanistan, and they’re going to get a lot,” said Michael Ussery, former U.S. Ambassador to Morocco and president of one of the founding organizations of the American University of Afghanistan. “They’re dealing with a Taliban that is desperate for money, so we’re going to lose out.”

Building up to 2021, Ford had greased the tracks for lithium mining through concessions with the country and a partnership with a localized mining company. Plans were underway to build a factory in Thailand to produce batteries from the Afghan mined resources, Ussery said.

This was the year Ford would have received the concessions following a bidding process.

“It took us years to figure out how much wealth is under the ground in Afghanistan,” he said. “We should have been figuring that out at the get go.” 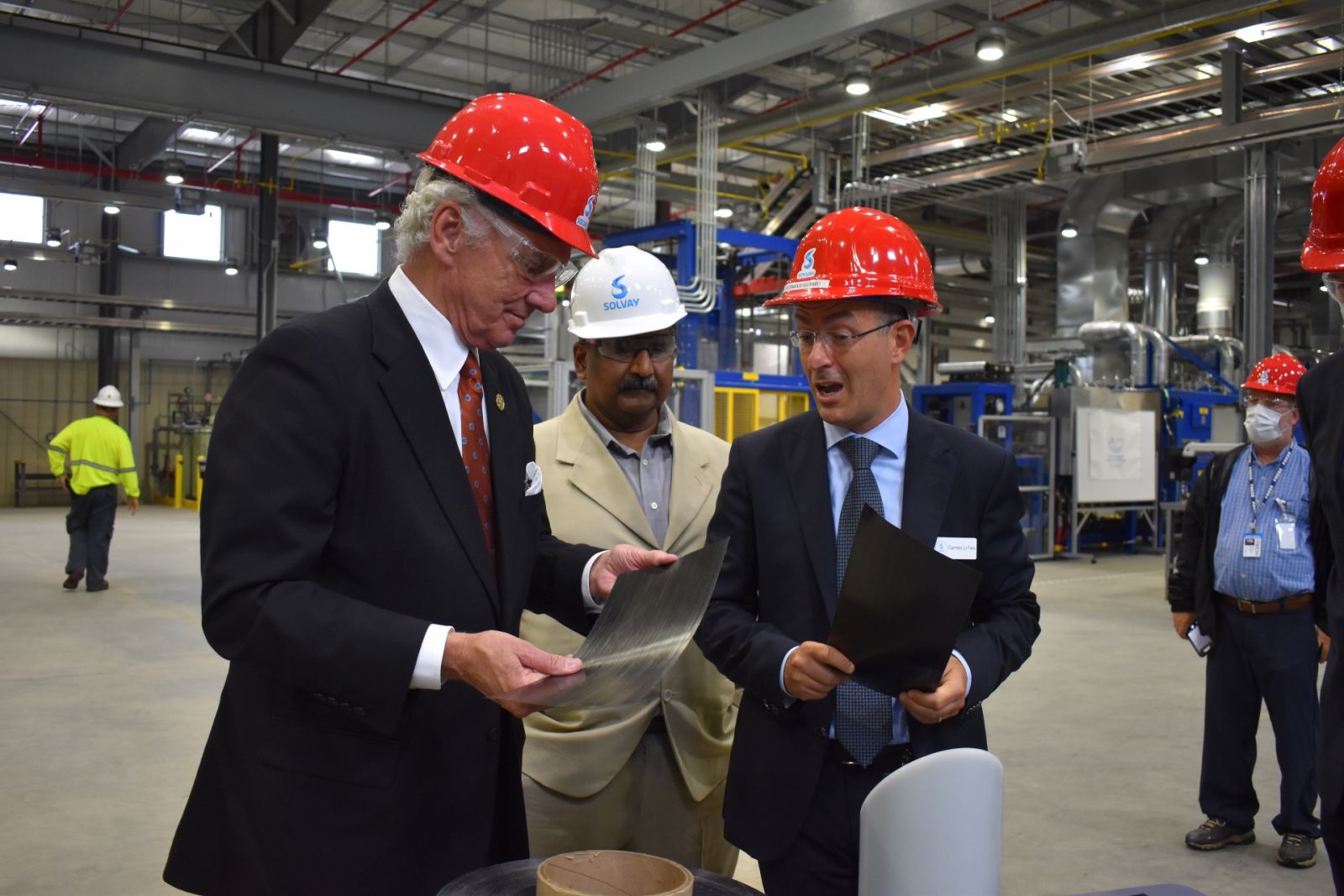 Some industry professionals question whether dated Soviet geologic records or aerial photographs of the country can be trusted in the quest for the rare earth mineral.

“To suggest Afghanistan’s lithium is a pot of gold for the Taliban, China or anyone else is just incorrect,” Simon Moores, managing director of Benchmark Mineral Intelligence, said in a statement following the U.S. withdrawal from Afghanistan.

The U.S. is already far behind China in manufacturing of lithium batteries — 10% of global production — he said in the 2020 testimony, but the sector is still on the move in the United States.

“Production, of course, would really be years out,” Ussery said. “But I think that’s the game. The world is open for sale. China and Russia and others are out buying. I’m not sure we’re doing the same thing.”

As for Solvay, lithium shortage or not, Finelli said that stepping up the domestic production of batteries is a national security issue. At the moment, the company makes battery components in France and China but has prepared an American facility to launch a component line for the U.S. market along with future investments.

“The key thing we’re making sure legislators know about is that it’s nice to have a battery plant in the United States — that’s fantastic — but if you don’t have the raw materials on U.S. soil, you’re still going to be relying on the Chinese or someone else to bring the key raw materials in,” he said. “That’s why you need to have the whole supply chain in your country as well.”