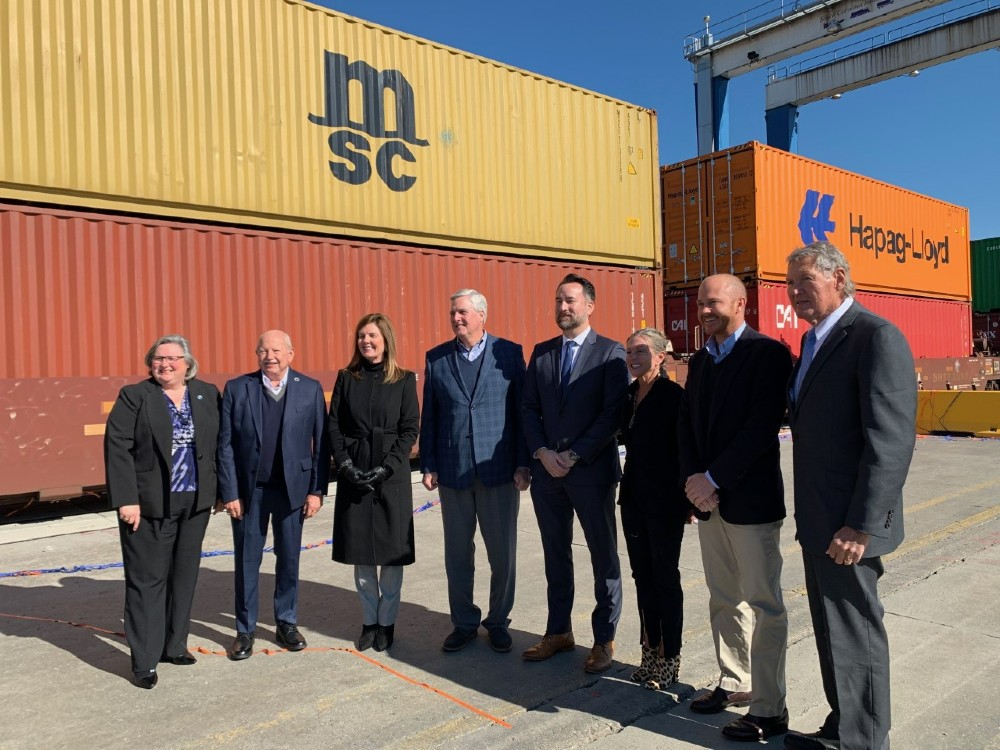 The S.C. Ports Authority along with elected leaders and community partners celebrated an expansion of the state’s railroad system with a ceremony on Friday. They also touted the next phase of expansion that will double cargo capacity at Inland Port Greer.

As one the eight largest inland ports in the country, Inland Port Greer is a rail-served inland port facility in the Upstate. Owned and operated by S.C. Ports, the port extends the Port of Charleston’s reach by 212 miles, putting goods that much closer to other parts of the country.

The ongoing expansion of Inland Port Greer supports the supply chains of port-dependent businesses and drives economic growth in the Upstate, according to SCPA.

“Nine years into operations, we are thrilled to be expanding the cargo capacity and rail capabilities at Inland Port Greer to better serve our customers’ supply chains,” S.C. Ports President and CEO Barbara Melvin said. “We are proud to play a role in supporting Upstate companies’ success. The growth of Inland Port Greer has truly been on the fast track.”

Inland Port Greer operates 24/7 and runs similarly to a container terminal, with operators moving containers on and off trains instead of ships. 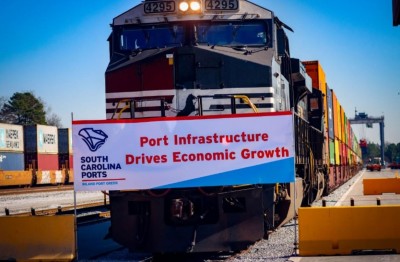 “Before this facility opened, one truck driver could go to Charleston and back in a day,” said Inland Port Greer Terminal Manager Will Angelich. “Now that same truck driver can come here five to 10 times a day to load and unload containers. Inland Port Greer provides efficiencies and reliability for companies’ supply chains. I am very proud of our team of 60-plus people for their dedication to keeping the supply chain fluid.”

The first phase of expansion was building an additional rail processing track and two rail storage tracks within the terminal. The addition of 8,000 feet of new rail will meet cargo demands through 2040, according to the release. The additions have been in the works for more than a year, and the rail expansion has been completed, said Melvin.

“We are continuing to invest in critical port infrastructure around the state to provide more connectivity, capacity and fluidity for our customers,” Melvin said. “Our infrastructure investments help Upstate companies be successful, which supports new jobs and opportunities in the region.”

The next phase of expansion involves expanding the container yard by 15 acres to the east and the west to handle 50% more cargo.

The expansion also includes doubling the size of the existing chassis yard capacity and building new facilities for heavy lift maintenance and terminal operations. The full project is slated for completion in winter 2024 or early 2025.

“We are chugging right along,” said Melvin. “South Carolina Ports is proud to operate in the city of Greer. This city has partnered with us every step of the way as we developed and grew the inland port.”

The more than $30 million expansion is funded by both S.C. Ports’ revenues and a portion of a $25 million Better Utilizing Investments to Leverage Development grant. The grant was awarded to the S.C. Department of Transportation for its Upstate Express Corridor Program, according to the release.

With the support of the S.C. Legislature, S.C. Ports is also building the Navy Base Intermodal Facility in North Charleston. This rail-served cargo yard will move more cargo to and from Inland Port Greer and Inland Port Dillon, efficiently transporting goods throughout the state.

The Navy Base Intermodal Facility will be served by Norfolk Southern, CSX and Palmetto Railways when it opens in July 2025. The modern cargo yard will sit one mile from Leatherman Terminal to ensure speed-to-market for port-dependent businesses throughout the Southeast, the release said.

Greer Mayor Rick Danner said there is no shortage of theories about the secret combination for a city’s success.

“Some experts argue that geography matters more than ever, and the city’s success depends on physical capital and authentic placemaking,” said Danner. “While others would submit, cities must build human capital and creative talent. Some would insist that social capital and economic opportunity are what ultimately define the soul of the city. Each of these theories alone is wrong. A successful city must have all these elements.”

Melvin said it’s critical to continue to invest in the ports’ infrastructure to remain competitive.

The S.C. Legislature along with Gov. Henry McMaster also fueled the project with a $400 million investment, said Melvin.

“This investment in Charleston will support the Upstate as we move more cargo by rail,” she said.

More than half of the state’s port economic impact already occurs in the Upstate.

The timely projects will only strengthen the state’s supply chains and bring continued success to the state, Melvin said.

“We are grateful to our leadership for understanding what South Carolina needs to be successful,” she added.

After three decades of service with the S.C. Department of Transportation, Transportation Secretary Christy Hall said infrastructure means so much more than roads and bridges today.

“I recognize that to be successful it takes partnerships to get the job done,” said Hall. “We look forward to continuing that partnership (with S.C. Ports), whatever the needs are to keep that infrastructure investment advancing in our state to keep us on that leading edge.”

S.C. Lt. Gov. Pamela Evette said the ports are essential to the state’s success, because they attract businesses to the state by enabling them to get their goods out quickly.

“And having the only port of this size being operated by a woman is amazing for South Carolina,” she added. “The governor and I are committed to growing South Carolina, to continue growing our ports, and what you see here is the exact team that can get that done.”

Congressman William Timmons, U.S. representative for South Carolina’s 4th congressional district, said the state and its growth is successful because of the leadership in place. For decades, S.C. leadership has ensured competitiveness in the global economy, he said.

“We have tens of thousands of people moving here from all over the country,” said Timmons. “That’s because it’s a wonderful place to run a business, to raise a family, and our environment is incredible, and these are not by chance.”

The port is a critical component to that competitiveness, he added.