Sometimes a blueblood is just a startup. The S.C. Technical College System is accustomed to treating one like the other, according to the system president.

When industry giants like Boeing, BMW and Michelin bring decades of experience to the hills and plains of South Carolina, they’re still starting anew, according to Tim Hardee, and the tech colleges and their Ready SC program are prepared to create the workforce those companies need. 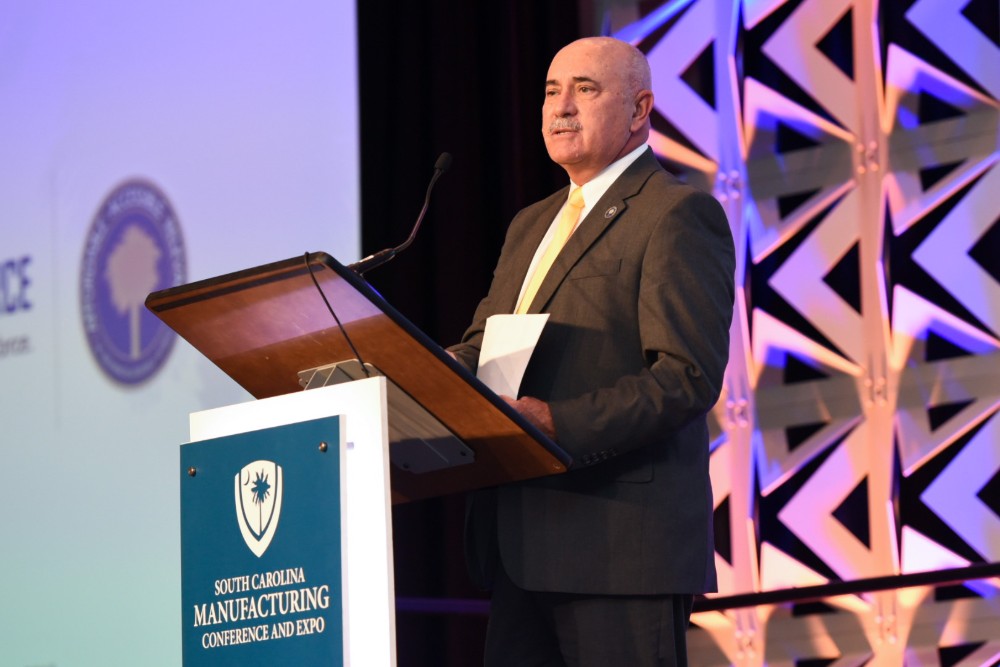 At the recent S.C. Manufacturing Conference and Expo in North Charleston, Hardee said he sees even well-established major companies as startups when they’re moving into South Carolina, because even those companies with long track records are starting fresh when they have to build a workforce.

About 100,000 students are enrolled in the state’s 16 technical colleges. Some of them are taking classes appropriate for transferring later to a four-year college, but more than half are learning and training for specific industry jobs, he said.

“How do we develop that workforce in South Carolina? Well, we partner with the Department of Commerce with Sec. (Bobby) Hitt. Right when these new industries come into the state, he hands them off to us. Ready SC, our training division, provides that training for all of those employees.”

Volvo Cars is a good recent example of the program working to put employees into good paying jobs, Hardee said. When the company set up operations in the Lowcountry, they counted on Trident Technical College and Ready SC to provide job training.

“We trained those employees for Volvo and they will be able to make Volvo cars, much like 40 years ago we began work with Michelin as a tire company in the state of South Carolina, 25 years ago with BMW and about a decade ago with Boeing. They all have thousands of employees now but they were, quite frankly, a startup company years ago and we’ve navigated from them starting up to them now having thousands of employees.”

Volvo Cars and Mercedes-Benz Vans are two of the technical college’s largest projects at the moment, Hardee said, but the system can work with companies who have much smaller workforce needs.

“You have to have a business locally that has a demand,” he said, and the system can develop a job training program for them. Over the years some of those needs have changed as the state’s manufacturing economy has changed.

Hardee said the system is working to make sure parents and high school students are aware of opportunities in manufacturing. He said the average four-year college student in the state graduates with $35,000 in debt while technical college students go to school for a much lower cost. Some of them even go to school free when they’re part of programs such as SC Wins, a program that provides scholarships in certain critical needs areas including advanced manufacturing, construction, health care, and computer and information technology.

Those students also are going into manufacturing jobs offering better wages than in the system’s early days in 1960s.

“There’s a reason we don’t have programs in industrial sewing anymore because there’s not a demand for that job,” Hardee said. “It’s more of a high -tech high demand skill set required in the state of South Carolina now.”