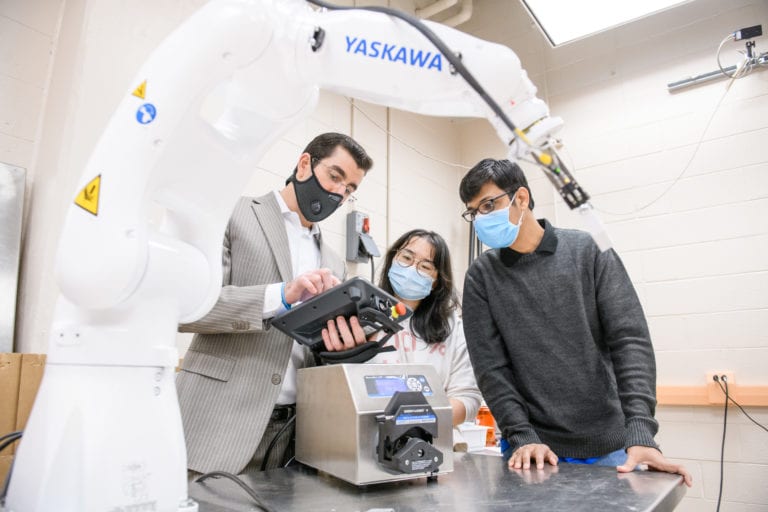 As pharmaceutical shortages stepped into the spotlight during the COVID-19 pandemic, a partnership between Clemson University and Nephron Pharmaceuticals Corp. sought to address the hold-ups with a team of robots.

Led by Clemson University’s Yue “Sophie” Wang, the project spearheads the use of robotic technology to prefill, cap and seal sterile syringes for hospitals and medical facilities at Nephron Pharmaceutical’s 503B Outsourcing Facility. The delicate, highly regulated process usually takes five employees working under a laminar airflow hood within a sterile room to meet Nephron’s demand for the pre-filled syringes.

Unlike humans, robots don’t get tired and are less likely to contaminate a sample, according to a news release. The partners hope enhanced productivity across the sector will help ease drug shortages which have contributed to a $400 million cost burden at hospitals across the nation due to alternative treatments and additional labor.

“Pharmaceutical collaborative robots is a new and quickly growing research area,” Wang, who serves as the Warren H. Owen Duke Energy Associate Professor of Engineering at Clemson, said in the release. “By combining our expertise with unique applications in pharmaceutical manufacturing, we hope to benefit both patients and the industry through increased efficiency in syringe manufacturing.”

The pharmaceutical robotic systems market is expected to nearly double to $119.46 million from five years ago, driven by innovations in packaging, inspection and lab work, according to the news release. 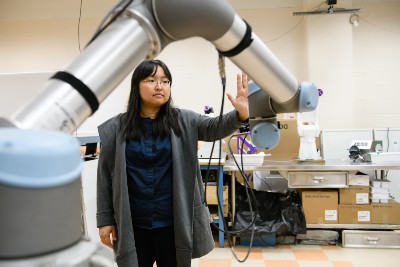 “Anything we can do to improve drug shortages, that’s just good for patients,” she added. “It’s a very big crisis, not just in the U.S. but globally as well.”

The next phase of the project is further development, starting with the completion of a purpose-built clean room on Clemson’s campus. Kennedy hopes to commercialize the “benchtop” system deployed by Clemson for use inside health care facilities across the country.

“Hospitals often have two or three pharmacists working the phones every day searching for the drugs they need,” Kennedy said. “You don’t go to school for eight years to spend your day on the phone looking for product.”