The director of the Clemson Center for Human Genetics, Trudy Mackay, has been elected to the American Philosophical Society, the oldest learned society in the United States.

The organization was founded by Benjamin Franklin in 1743 and has inducted the likes of George Washington, John Adams, Charles Darwin and Thomas Edison. Mackay is the first professor from Clemson University to become a member, according to a news release. 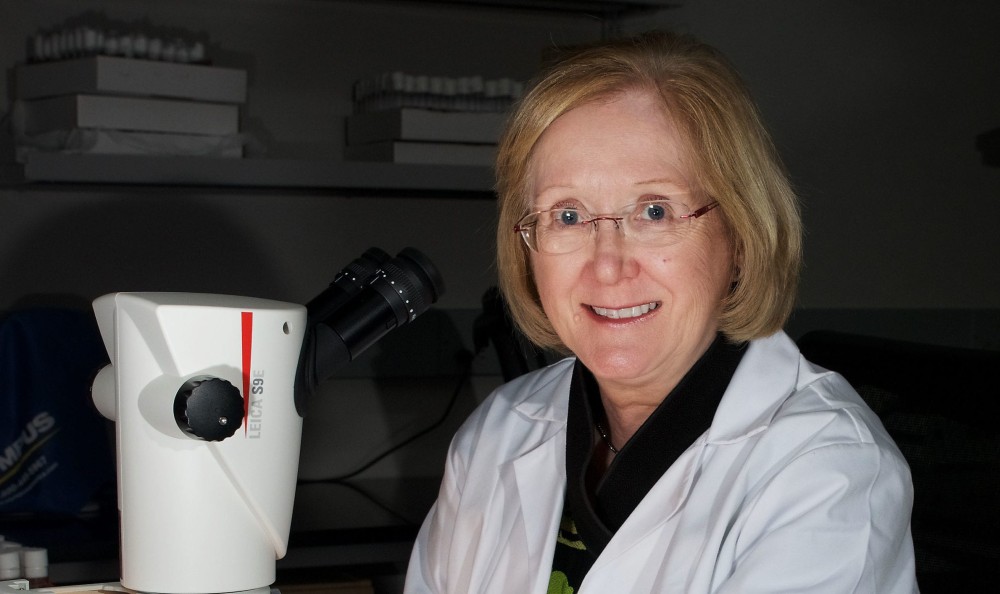 “I am honored and delighted to be elected as a member of the American Philosophical Society and am looking forward to participating in APS activities," Mackay said in the release.

Mackay has spent years studying the genetics of complex traits and researching the genetic and environmental basis of human diseases.

She pioneered a research model based on the common fruit fly since about 70% of the fruit fly genome has a human counterpart, according to the release. Through collaborations with other institutions, like the National Institutes of Health and the National Institute on Drug Abuse, she has used her model to define pathways that can lead to cures for terminal and mental illnesses that affect people globally and have so far stumped doctors and scientists.

She is a recipient of Trinity College’s Dawson Prize in Genetics, which is awarded to geneticists of international prominence, and other accolades including membership in the American Association for the Advancement of Science, the American Academy of Arts and Sciences, the Royal Society of London and the National Academy of Sciences of the USA. She is a recipient of the 2016 Wolf Prize for Agriculture.

Founded for “promoting useful knowledge,” the American Philosophical Society honors and engages distinguished scientists, humanists, social scientists and leaders in civic and cultural affairs through elected membership and opportunities for interdisciplinary, intellectual fellowship, particularly in the semi-annual meetings in Philadelphia, according to the release.