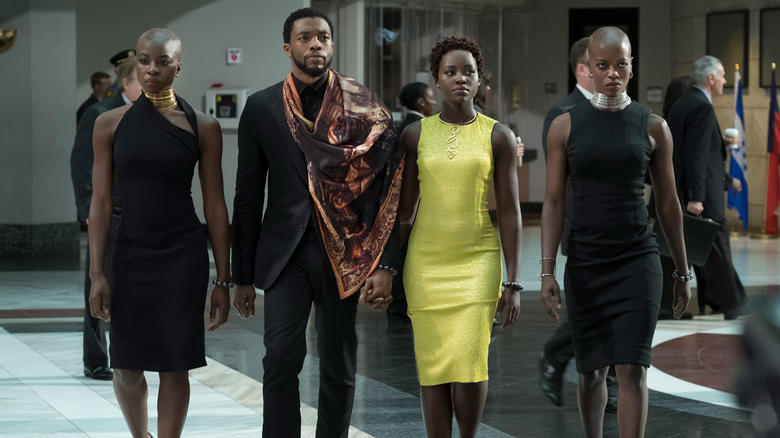 The first four scholarships will be awarded to one recipient in each class, beginning in fall 2021 and will continue to be distributed to an incoming freshman each year on an annual basis.

According to a news release, the scholarship will focus on students and who demonstrate financial need and who exemplify skills in the dramatic arts reminiscent of Boseman, who rose to worldwide acclaim as an actor, director, writer and producer.

“This scholarship embodies Chadwick’s love for Howard, his passion for storytelling, and his willingness to support future generations of Howard students,” Wayne Frederick, president of Howard University, said in the release.

The total $5.4 million donation was established with support of Boseman’s wife, Simone Ledward-Boseman.

“Many exemplary artists are not afforded the opportunity to pursue higher learning,” Ledward-Boseman said in the release. "We hope to support as many students as possible by removing the financial barrier to education. This endowment represents Chad’s devotion to the craft, his compassion for others and his desire to support future storytellers,” Ledward-Boseman said in the release.

“It is with enormous pride that we announce our endowment of the Chadwick A. Boseman Memorial Scholarship,” Ted Sarandos, Netflix co-CEO and chief content officer, said in the release. “While he was taken from us too soon, his spirit is with us always in his work and the good that he has inspired. He always spoke of his time at Howard and the positive way it shaped his life and career. Now, we will have the opportunity to give many future superheroes a chance to experience the same.”

Boseman, an honor alumnus of Howard University, died in December 2020 after battling colon cancer for four years. His 2018 role as King T’Challa in Marvel’s Black Panther made him the star of one of the top grossing films of all time, according to Box Office Mojo.