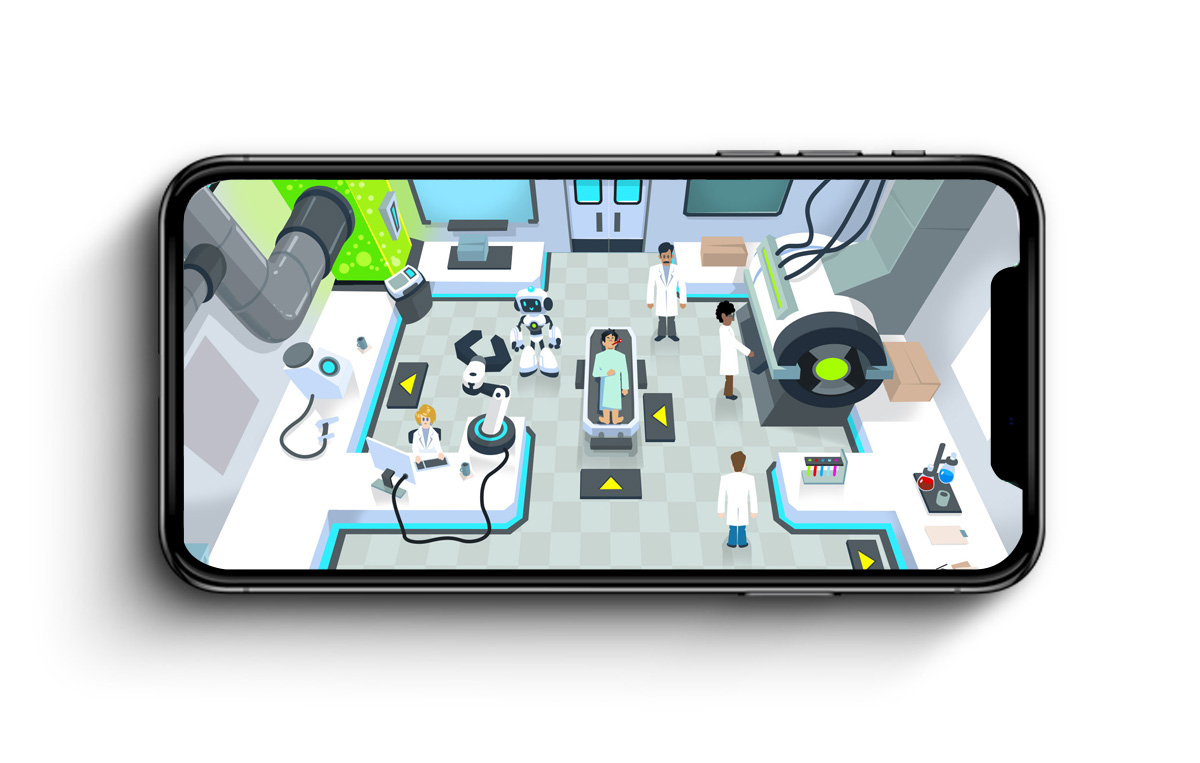 For those raising the next generation of workforce talent at home, it may be a no-brainer that 12-year-olds are more likely to learn about future career opportunities from TikTok, YouTube or Duolingo than LinkedIn.

Yet much of the online conversation surrounding new career developments remains resigned to the adult corporate sphere.

SkillsGapp, a Greenville-based app platform, seeks to broaden that conversation to include the audience making those first steps toward a career.

“We understand, and the industry understands, that we got to fill that pipeline,” SCBIO CEO James Chappell told SC Biz News, adding that middle school is a key time in the development of interests that later feed into career paths. “So we want to catch them early enough.”

The free game allows students to try a number of jobs — ranging from the R&D side of the equation to manufacturing to nursing — on for size and level up through a variety of challenges. Teens can test new medicines, obtain Food and Drug Administration approval, manage the manufacturing of products and use them to treat hospital patients.

Geofencing will link players to the non-virtual world of life sciences during game play through prompts that offer information on local industries and education pathways into the careers they are sampling.

“They will not only be playing the game and understand what it means to go in these different career paths, but they’ll also have a pop-up that says, if you’re in Columbia, did you know that Nephron is in your area and they have an average of this amount per year, or if they drive by another company, in the Upstate, it’s the same thing,” Chappell said. “They’re getting life science skills without even realizing it, and also learning about these companies and the specific opportunities that there are here.”

If an educational program, such as a certificate at a local tech school, isn’t available within a certain radius, the mileage limit will expand and alert players to the nearest programs.

“It’s really helping that player and that student navigate their own interests, which Gen Z does, and then be able to flip the conversation,” Zwolinski said.

She hopes that students we be more likely to tell their parent or guidance counselor or teacher about careers that spark their interest and how to pursue them instead of the other way around.

Both in-game and out-of-game incentives help sweeten the pot.

RadLab, a single-player game, drives up the competition through a leaderboard and badges that teens can earn as they navigate a “skill tree.” There is also an in-game resume that can be used to inform apprenticeship or internship decisions come high school.

Other competitions could earn students the opportunity to observe a surgery, tour a lab, host a pizza party or win a free semester at a technical college.

“We’re giving them real-world experiences to connect them out of game, but making them fun, making them exciting to align with the in-game play,” Zwolinski said.

The game’s strategic planning phase launched in April and is set to conclude later in May. In the meantime, Greenville’s Dr. Phinnize J. Fisher Middle School and the Governor’s School of Science and Mathematics is piloting the program, but Zwolinski expects to form partnerships with institutions and summer camps across the state, especially Allendale County in the Lowcountry.

A soft launch is scheduled for this summer and a 12-month deployment plan, including a launch poster designed by students at Fisher Middle School, is slated to begin this fall.