U.S. Rep. David Trone, a Democrat from Maryland, and his wife have given $10 million to Furman University, with $8.5 million dedicated to student mental health services and $1.5 million to support Furman’s Hillel, the Jewish Student Association. The gift makes the congressman, a 1977 Furman graduate and a member of the Furman University Board of Trustees, one of the university’s largest living donors, according to a news release. 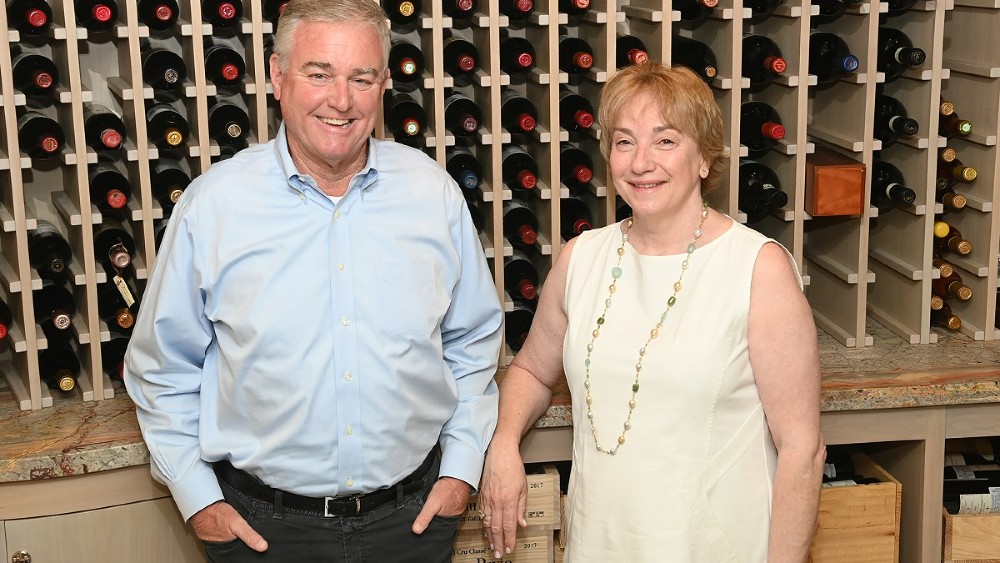 “As a proud alumnus of Furman University, I am honored by the opportunity to give back in a meaningful way on an issue of great personal importance,” Trone, who also is founder and co-owner of the retail chain Total Wine and More.

The $8.5 million for mental health is intended to transform services, enabling the university to reach more students in need of care earlier, and with new approaches, making Furman a model for mental and emotional health care — what Trone calls “mental health fitness” — in higher education, the news release said.

Trone has championed many mental health and addiction initiatives in Congress, the release said. He co-led the U.S. Commission on Combating Synthetic Opioid Trafficking, is founder and co-chair of the Bipartisan Addiction and Mental Health Task Force, and has spoken publicly about his nephew Ian Trone’s death from a fentanyl overdose.

“In this day and age, it is vital that we work together to break the stigma surrounding mental health, ensure tolerance in our diverse communities, and equip our students with the tools and resources to succeed,” Trone, who gave $3.5 million to Furman in 2013 to renovate and name the Trone Student Center, said in the release. “With this gift through the David and June Trone Family Foundation, I trust that Furman University will continue to positively impact and shape our nation’s future leaders.”

The gift gets to the heart of The Furman Advantage and its emphasis on helping students create lives of purpose and impact, said Furman University President Elizabeth Davis.

“The Furman Advantage helps students become resilient and adaptable to change in the face of adversity,” she said in the release. “Mental fitness is vital to developing these skills, ensuring our students are able to succeed academically, socially and emotionally. David and June’s generous donation clearly will make a significant difference in our students’ lives and in our campus community, now and for generations to come.”

Mental health problems among college students have been on the rise in recent years. Several studies show that increase was made worse by the COVID-19 pandemic. A spring 2021 national Healthy Minds Network Study showed that 41% of college students screened positive for depression, and 34% had anxiety disorder.

In a recent survey of Furman students, 65% said the pandemic negatively impacted their mental health and 63% said it affected their loneliness and isolation, the release said.

“The impact of the Trones’ gift will kickstart a more integrative approach to mental health and launch us on a trajectory of prioritizing wellbeing as part of a student's educational pathway,” Vice President for Student Life Connie Carson said in the release.

With $1 million of the Trone gift, Furman will expand and renovate its counseling center to create more group space and areas to practice mindfulness, as well as provide more flexible space for the expansion of other services and programs. The space will be renamed the Trone Center for Mental Fitness.

Another $7.5 million will create the Trone Family Fund for Student Mental Health and Well-Being. It will fund positions to ensure a consistent level of professional staffing that adapts as methods for engaging in mental fitness change, starting with the hiring of a health and wellbeing coordinator. It also endows the position that oversees mental health and ensures the hiring of a diverse staff to reflect the student population.

The Trone gift will allow Furman to expand mental health and wellbeing services beyond the walls of a therapist’s office, integrating mental fitness into a variety of student activities, such as mentoring and advising, the release said. The goal is to help students develop lifelong healthy habits that promote mental wellbeing, while giving students tools and skills to help them build resilience when health challenges arise.

“We want to be up front about the importance of wellbeing as foundational to a student's success inside and outside the classroom,” Carson said.

The remaining $1.5 million will create the Hillel Endowment Fund to provide permanent support to expand and enhance the Furman Hillel for a more robust Jewish life for all students and the broader community. The Hillel also provides important aspects of mental fitness by giving students a place where they feel welcomed and valued, and where they can satisfy their spiritual needs, the release said.

“By creating The Hillel Endowment Fund, we are able to expand and enhance the Furman Hillel for a more robust Jewish life for all students and the broader community,” June Trone said in the release.