Proterra gets order for 73 electric buses 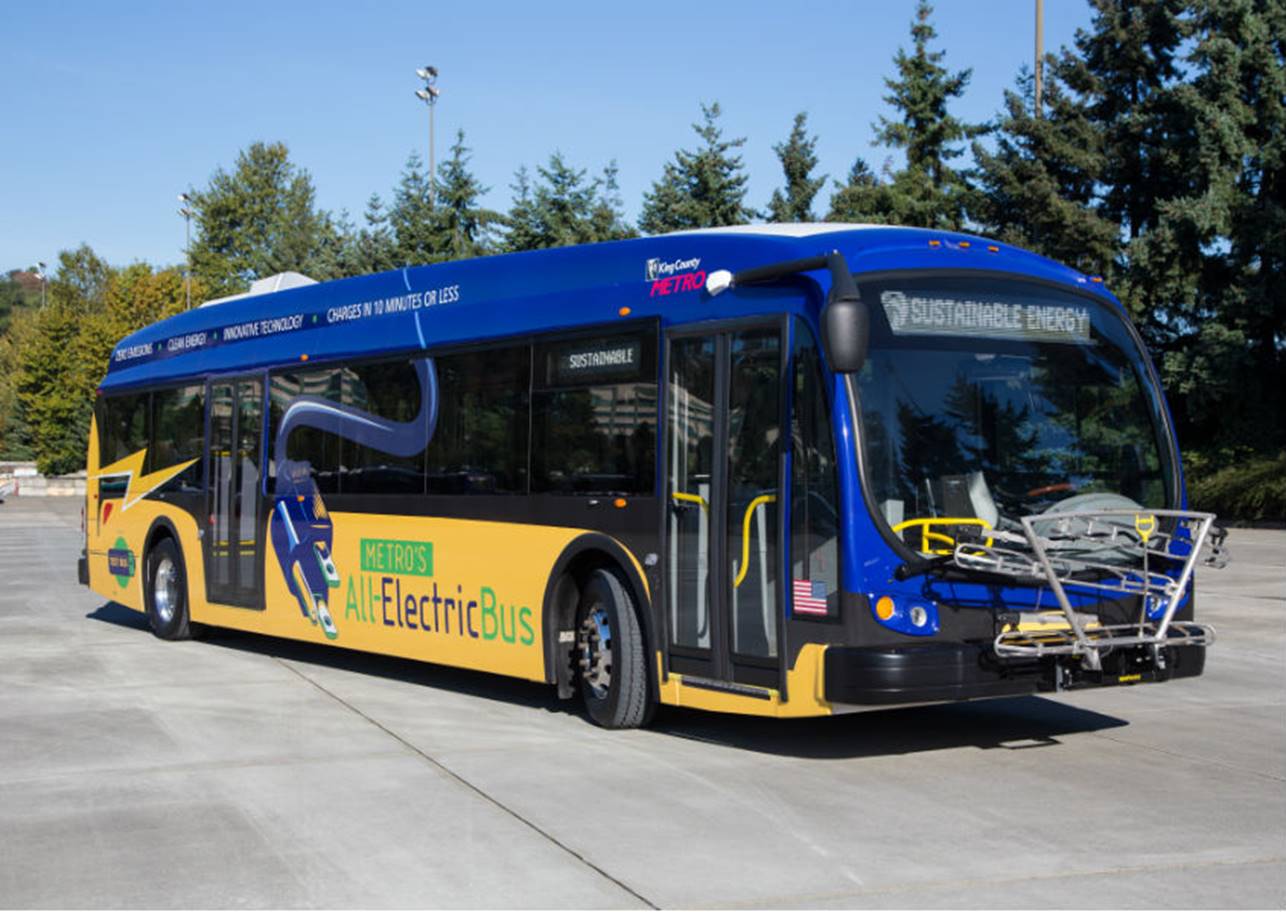 According to a news release from King County, the government entity received a $3.3 million federal grant to help fund three new battery buses and charging stations for buses already in operation in the eastern part of the county. Those buses have served the Microsoft campus and downtown Bellevue.

Dow Constantine, King County executive, said the county will be expanding its zero-emission electric bus fleet and work to “innovate and offer next generation vehicles that move people quietly and cleanly while helping meet our climate goals.”

King County plans to deploy eight of the Proterra buses this year and 12 more in 2019. The county will also purchase nine long-range electric buses from other manufacturers to test battery range up to 140 miles.

The move to replace its current bus fleet with electric buses came from the county’s Strategic Climate Action Plan that aimed for “increased transit service and a cleaner fleet to reduce greenhouse gas emissions.”

We’re committed to expanding our battery bus fleet, and need the industry to accelerate development of standardized battery bus charging systems so they can work flexibly for any bus route, and also build high-performing 60-foot-long articulated buses – which serve as the transit workhorses in King County,” said Rob Gannon, general manager of King County Metro, in the release.

Proterra is based in California but bases its East Coast manufacturing operations in Greenville. The company recently announced it had secured $140 million in Series 5 funding to expand its production capacity in Greenville by 300% and construct a production facility in California.

King County includes most of Seattle and parts of Tacoma. It is the most populous county in Washington, according to 2010 U.S. Census Bureau statistics.