A year after almost all office work shifted to the home front, unintended Zoom disappearing acts and the hiss of unmuted event attendants have joined the ranks of awkward water-cooler conversations and champion pen clickers in the litany of banal workplace inconveniences.

But for Rush Thrift — and many other professionals across rural America — working from home meant not being able to work online at all if more than one family member jumped on a video streaming service.

Then the home office also became a virtual schoolhouse for many families in locations where high-speed internet just wasn’t an option.

Thrift, vice president of general contractors Thrift Development Corp., is well aware as the secretary of the Oconee Economic Alliance Board of Directors, that his quandary isn’t bound to just his corner of the county.

“Every single person I know faces that issue,” he said.

But location truly is everything. By this February, Thrift’s Stillwater neighborhood was selected for a broadband pilot project that would culminate in a new fiber optic, broadband internet provider in the Upstate: Upcountry Fiber.

Thrift said he now catches himself wondering how his family was able to operate at home before the broadband installation.

“The kids could be on Netflix, the Nest smart home cameras could work like you see them on TV. It just works,” he said about the shift. “It’s like watching one of those commercials where you see everything work and you think, ‘Oh I wish I lived in a place that had that.’ Well, we do.”

The effort, announced officially this week, was created from a partnership between Pickens-based Blue Ridge Electric Co-op and Abbeville’s West Carolina Rural Telephone Co-op in an effort to help “bridge the ‘digital divide’” in regions with little or no broadband access within the utilities’ service area. 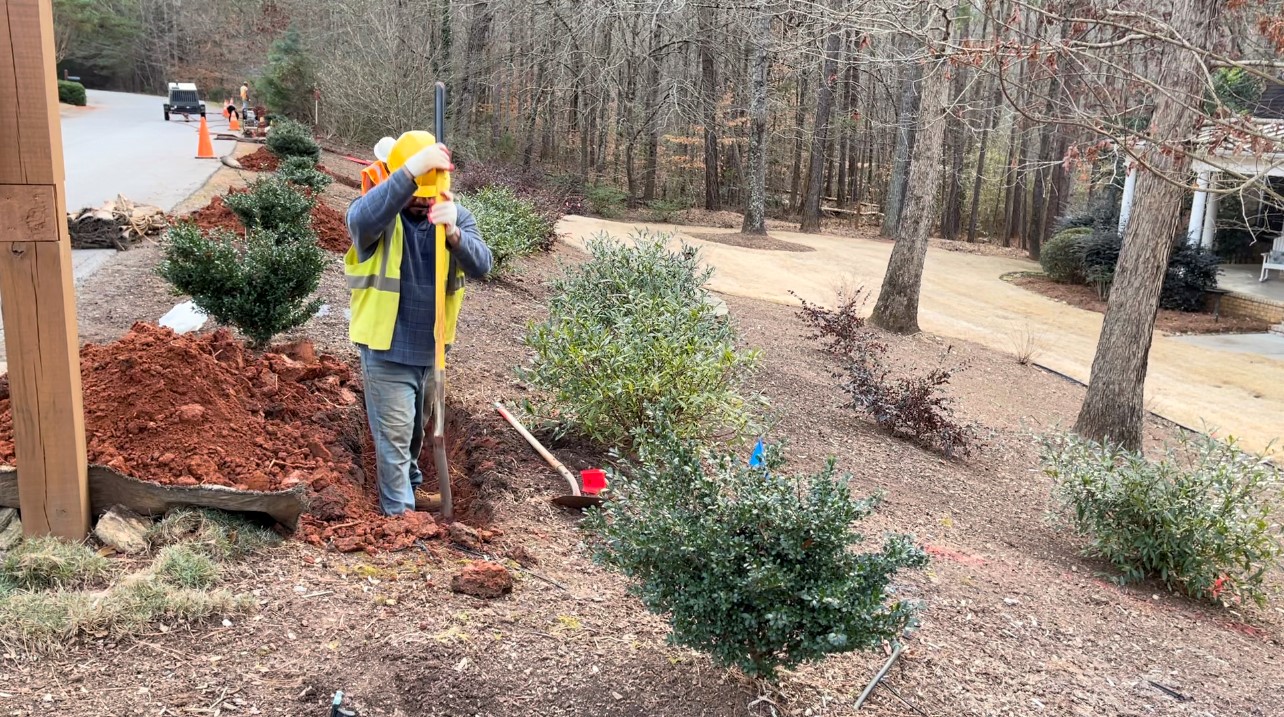 “When you look at where our industries are building, it’s out in our electric footprint,” said Zachary Hinton, vice president of economic development at Blue Ridge Electric. “Folks aren’t building manufacturing plants in downtown Greenville or downtown Anderson anymore, so obviously they want to know if power is there, if sewer is there and what type of internet service do you have there. They will come or not come based on that answer.”

Blue Ridge Electric considered finding a broadband installation partner about three years ago, according to CEO and President Jim Lovinggood, but the launch of Upcountry Fiber hinged on a two-year feasibility study on the part of Blue Ridge Electric to see if its 69,000 meters and its 25,000 users could be serviced along the utility’s 7,100 miles of electrical wire.

The study uncovered that more than 27,000 people in the area had little to no broadband access.

“We kind of had on finger on that pulse and were sort of hoping that another provider or some of the telecommunications providers or someone would come and provide that service, and it just didn’t happen,” Lovinggood said.

Blue Ridge Electric then discovered that West Carolina Rural Telephone Co-op, a utility with a track record of installing fiber networks in rural areas, was on the same wavelength and they joined forces in October 2020.

“They also use it as a tool when they do workforce recruitment at these locations,” West Carolina Rural Telephone President Jeff Wilson said. “We see this in other counties that we serve when we put the fiber out there …  just to be able to attract workforce — people to move into that area for management positions.” 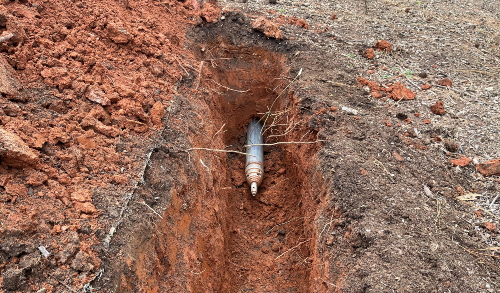 “And that has an economic impact, the fact that people are coming into their area from another area,” he said.

An investment from the U.S. Department of Agriculture helped speed the process along.

Both utilities will share the costs and labor of the $150 million expansion, which will link rural residents to internet with speeds up to one gigabyte per second across 1,800 square miles of rural and suburban Pickens, Oconee, Anderson, northern Greenville and northern Spartanburg counties.

“It’s one of the more difficult terrains in our state, by far the most mountainous terrain you have to deal with,” he said. It’s a challenge for electricity and it’ll be a challenge for broadband.”

Blue Ridge Electric’s existing utility pole network and infrastructure will serve as the structural backbone of the installation. West Carolina Rural Telephone will link fiber from poles to homes and business under an independent billing platform starting this year from Seneca and Central substations.

Lovinggood said the next Pickens County project will launch next week and Upcountry Fibers hopes to possibly link northern Greenville County into the network by 2022.

“We know everybody wants it,” he said. “I wish we had it the day before yesterday, but the reality is, it’s a big project, it takes a while to build it and it’s an expensive project. We’re just going to have to do the best we can.”

Upcountry Fiber expects the effort to conclude in about five years if all goes well, but the USDA incentive is a loan and not a grant, Lovinggood said, so local and state funding (or lack thereof) could either speed up or slow down the process. At this point, he said the project has received a “minute amount” of funding from the counties.

“We’re going to build this system with or without it, and at this stage in the game, we’re borrowing and we’re going to have to pay back all of it unless something happens that we don’t know of yet,” he said.