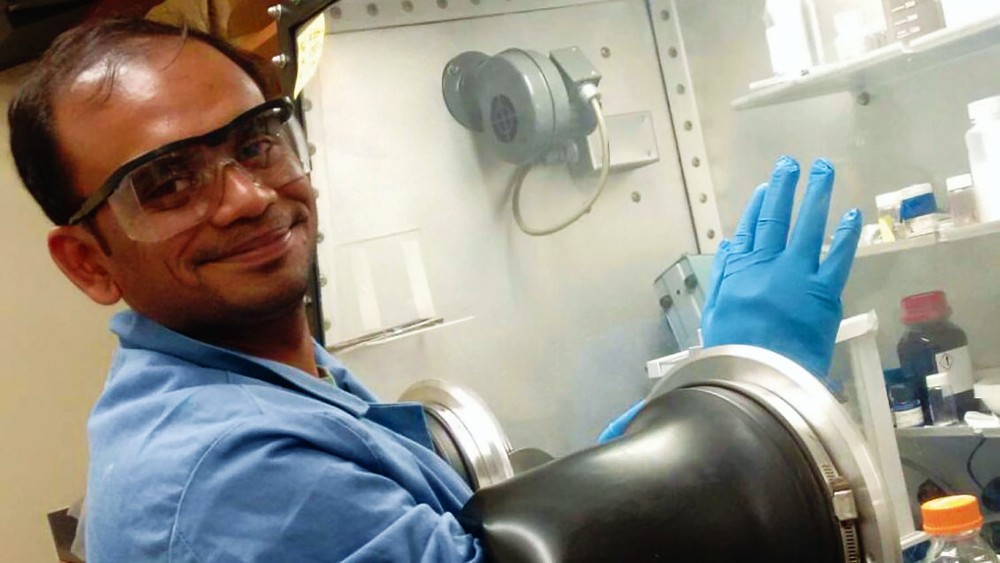 Turmeric is a popular spice in many kitchens, known not only for its taste but for its many health properties. But who knew it also could function as a more environmentally friendly way to generate electricity?

The spice’s potential role in technology has been revealed through researchers at the Clemson Nanomaterials Institute, who recently published research that shows how curcumin, the main substance in turmeric, can be used to build safer, more efficient fuel cells. The researchers worked with collaborators from the Sri Sathya Sai Institute of Higher Learning in Anantapur, India.

The main goal of the research was to find a substance that could potentially replace hydrogen as the main feedstock for fuel cells, which generate electricity through a chemical reaction instead of combustion. Fuel cells are a vital part of daily life throughout the world, used to power vehicles, buildings, portable electronics and backup power systems, among many other uses.

Hydrogen as a power source has its ups and downs. The most common element on Earth, it is highly efficient and doesn’t produce greenhouse gases. However, it only occurs naturally in compound form with other elements, so it has to be derived from substances such as natural gas and fossil fuels, a process both expensive and tough on the environment.

“Hydrogen also has challenges because it is used in fuel cells as a compressed gas, which can make it risky and more expensive to transport,” said Lakshman Ventrapragada, a researcher at CNI who designed the experiment with curcumin while doing his thesis work under the instruction of Apparao Rao, founding director of CNI and the R.A. Bowen Professor of Physics at Clemson. The research took place over the past two years with the findings recently published in the journal Nano Energy.

Ventrapagada was looking for a way to replace hydrogen in fuel cells with ethanol, an alcohol made from corn or other agricultural products that would also be more environmentally friendly to obtain. These ethanol-based fuel cells would also require highly efficient electrodes, but the researchers didn’t want to build them using substances that would be expensive or tough on the environment.

“Our focus was to see if we could incorporate naturally available products instead of synthetically created ones in the fuel cell,” Ventrapagada said. “Using substances that are not eco-friendly would have defeated the whole purpose.”

The researchers focused their work on the fuel cell’s anode, where the ethanol would be oxidized.Many fuel cells use platinum as a catalyst, but it is expensive and can be corrupted by substances such as carbon monoxide.

The scientists decided to try using gold nanoparticles instead. This presented another potential problem because these particles agglomerate, or clump together, on their own, which lowers the available surface for the reaction that produces energy within the cell and thus its efficiency.

Ventrapagada said researchers decided to try different natural substances to stabilize the gold particles and deposit them on the electrode. Curcumin, the bright yellow chemical found in turmeric, turned out to do the trick because of its unique molecular structure. The turmeric-coated gold nanoparticles could also be deposited on the electrode at an electric current 100 times lower than necessary with other tested alternatives.

Basically, the curcumin and gold combination led to an electrode that requires 100 times less energy to efficiently convert ethanol into electricity. The result? A fuel cell that is less expensive, easy on the environment, utilizes easily obtained materials, and produces electricity through a much more efficient reaction.

The researchers still need to do more testing on the process, but the results of the experiment bring the possibility of replacing hydrogen as a primary feedsource for fuel cells one step closer, a result that could be good for consumer and business pocketbooks as well as the environment. The gold-curcumin catalyst mix is less expensive than traditional platinum and turmeric, the source of curcumin, is a readily available product that doesn’t require complex and environmentally risky work to obtain.

“We are doing this work using something that is directly available from nature, a substance that is readily available in many kitchens,” Ventrapagada said.

The curcumin research also could eventually lead to more than just more efficient and greener fuel cells. The unique properties of the gold-curcumin electrode could also be applied in the future to use in sensors, supercapacitors and other technology, Ventrapagada said.

Rao’s team, in cooperation with the researchers in India, is also testing the electrode as a sensor that could help detect changes in the level of dopamine in the human body, a neurotransmitter sometimes called the “happy hormone” because it results in feelings of well-being. Dopamine levels have been implicated in disorders such as Parkinson’s disease and attention deficit hyperactivity disorder.

Rao said researchers have been able to measure dopamine levels in urine samples from healthy volunteers using the electrode in a process that is much more cost effective than current testing procedures.