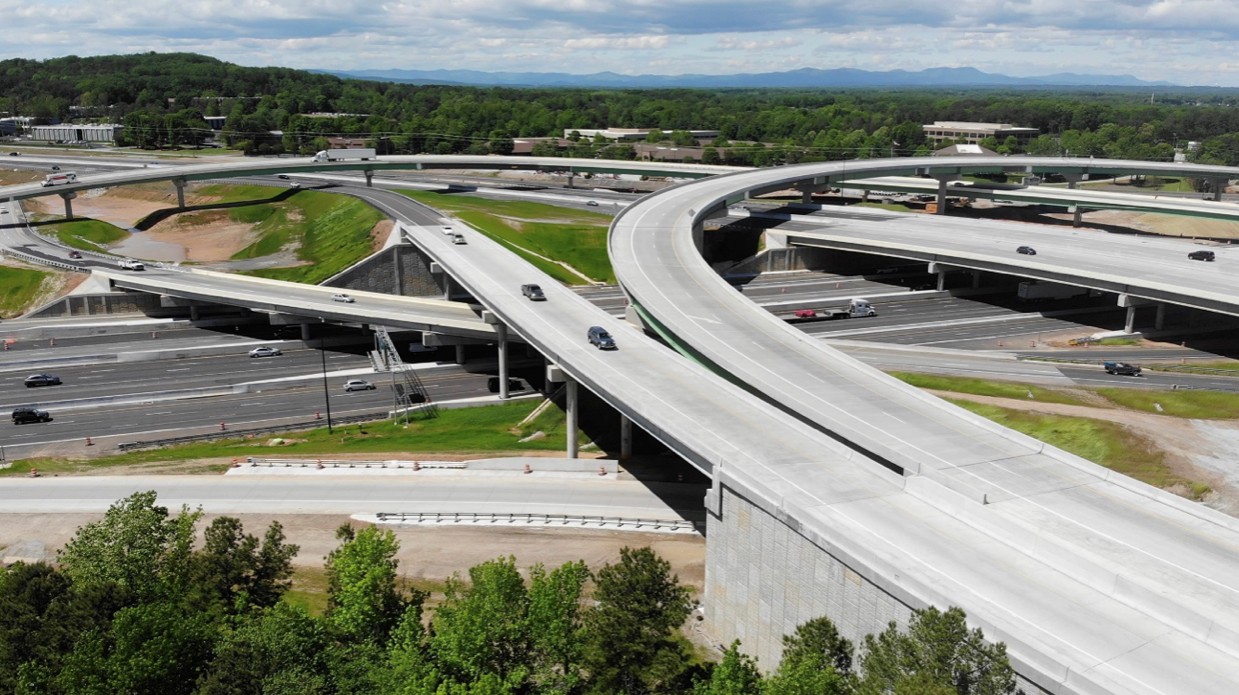 South Carolina’s 85/385 Gateway interchange has been granted the Southeastern Association of State Highway and Transportation Officials “Operations Excellence” award out of road and highway projects across the Southeast and Puerto Rico.

The award recognizes the role of design, engineering and construction in delivering a “more reliable, well-functioning and safer transportation system” through the $300 million project, according to a news release.

“S.C. DOT’s top priority is to deliver the best transportation system possible to South Carolina’s citizens and businesses,” Transportation Secretary Christy Hall, said in the release. “The Gateway project meets that objective, and we’re very excited that the hard work and professionalism of our employees, contractors and partners are recognized by one of the top transportation organizations in the nation.”

Opening in December 2019, the project included 10 bridges, the rehabilitation of three others, new ramps, additional travel lanes and the realignment of two interstates, the release said. Tight loop ramps were replaced with flyovers during the project as part of the S.C. Department of Transportation’s 10-year road improvement plan following an increase in the state’s gas tax.

The project is one of three across the state prioritized by the S.C. DOT for strategic investment, including the Carolina Crossroads project in Columbia and the Interstate 26/526 interchange in Charleston.

“Delivering relief to motorists at these three pinch points in our interstate network is essential to meeting our mission to operate a safe and reliable transportation network for South Carolinians,” Hall said. “S.C. DOT has tripled the amount of work on road, bridge and highway improvements due in large part to the gas tax increase. As a result, we’re meeting or exceeding all of the 10-year plan’s goals.”

According to a Go Safe Lab study (.pdf) on 2019 vehicle accident data, the interchange was the third most dangerous in the country before it opened in its current configuration in December, with the Interstate 85/Pelham Road exit as the worst exit in the nation for the number or wrecks reported by other drivers. The two Greenville exits bookended New York’s Interstate 95/Harlem River Drive exit in second place.