Economist: Expect more of the same in 2018

This is economist Bruce Yandle’s take on what we can be expected from the 2018 economy, both on a state and national level. In his December 2017 Economic Situation Report, Yandle writes, “don’t expect to see major changes in the nation’s basic economic indicators. I do not expect policy or other changes to meaningfully affect labor productivity or the size of the workforce.”

“Expect more of the same. Our sleep walking economy is tripping along. Everything is operating on about the same basis as last year,” Yandle told GSA Business Report. 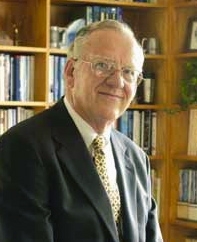 Yandle is the dean emeritus of the College of Business and Behavioral Science and Alumni Professor of Economics Emeritus at Clemson University. He also is a distinguished adjunct fellow of economics at the Mercatus Center at George Mason University in Fairfax, Va.

Yandle expects real GDP growth to continue to “plow along at a slightly improved 2.3% to 2.5% average.” He does not expect to see Fed policy changes this year that would encourage banks to move to higher lending levels that would put more dollars chasing the same goods and services.

“I expect inflation to remain below 2.5% for the year. Because we do seem to be hitting the bottom of the labor supply barrel, I expect to see wage growth rise from the current 2.5% annual rate to 3%,” he said.

The Trump administration’s trend toward nationalism, along with that same sentiment growing around the world, will impact trade, and could affect South Carolina the most, Yandle said.

Yandle said the trade situation is not as dark for the U.S. as it can be for South Carolina. “We are far more international than the nation as a whole,” he said.

In 2016, the most recent year that numbers are available, $31.3 billion worth of goods were exported from South Carolina to 195 destinations, according to the S.C. Department of Commerce.

Nationalism is a growing political trend in the industrialized world, Yandle wrote in his report, citing the Trump administration, the German nationalist party and Austria’s newly-elected head of state Sebastian Kurz, “who won with a push against immigration.” And China’s new emphasis on protecting domestic auto producers and calling for domestic sources for components used in auto manufacturing is yet another example, Yandle said.

“There is, it seems, a growing list of countries that are signaling their own version of ‘America first,’” he said.

Nationalism translated into economic policy often means reductions in the movement of people and goods across national borders, Yandle said. White House interference with trade agreements and the imposition of tariffs and other actions that reduce the nation’s exports will slow down economic growth.

“Unanticipated shocks may lead me to adjust this forecast, but, in the absence of such events, look for the economy to continue apace,” he said.

“The professional business services area has been the leading growth sector for years in South Carolina,” he said.

Across South Carolina, those counties near Charlotte and along the I-85 corridor — York, Cherokee, Union, Lancaster and Spartanburg — and a network of coastal counties that include Jasper, Beaufort, Charleston, Berkeley, Dorchester and Horry, will “continue to have stronger employment growth,” Yandle said.