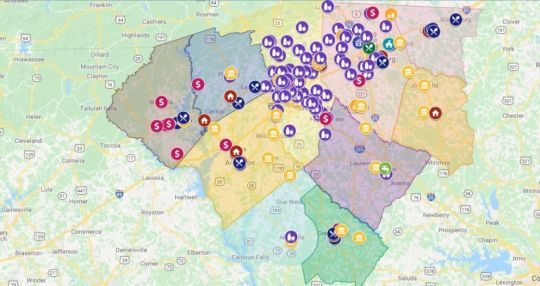 The United States has been experiencing a Goldilocks economy — one where everything is just right. But we must remember how the rest of that story goes, according to Bruce Yandle, economist and dean emeritus of Clemson’s College of Business and Behavioral Science.

“When the three bears returned, Goldilocks had to escape,” Yandle writes in his December 2018 Economic Situation report. “There is growing evidence that rising uncertainty regarding trade, interest rates, and other government policies is making managers and owners of businesses hesitate and review the situation before making major new job-creating investments.”

Yandle writes that there are unstable oil prices, generated partly by U.S. restrictions on the shipment of Iranian oil; higher interest rates with the Fed promising more of the same, and growing uncertainty about the negotiated U.S.-Mexico-Canada trade agreement.

“There are continuing belligerent trade conversations between White House officials and Chinese leadership and on-again, off-again Trump administration commitments to befriend North Korea,” Yandle writes. “These make up major ingredients of the uncertainty soup that private decision makers are trying to understand. Occurrence of any number of these could be enough to cause some firms to hesitate in their plans for expanding operations and markets. All of them together could take the wind out of the economy’s high-flying sails.”

GSA: What is most likely to impact the economy in 2019?

Yandle: The negative effect of trade war uncertainty is the No. 1 threat to U.S. and S.C. economic growth in 2019. I would say the second and third high-risk activities are Fed interest rate actions and tightening restrictions on immigration.

GSA: Do you anticipate trade or tariff decisions that could impact South Carolina?

Yandle: Yes. South Carolina’s economy is more international and export driven than is the nation’s economy. Added to this is the fact that China, the chief target of U.S. tariff actions, is the No. 1 destination for S.C. exports. The ongoing trade war has already had a negative impact on the S.C. economy. I am hopeful that trade-war sword rattling will calm down in early 2019, and that U.S.-imposed tariffs and restrictions and other country retaliations will be relaxed.

GSA: Your December 2018 Economic Situation Report opens by saying the U.S. economy is on a roll. Will this continue in 2019?

Yandle: I do not expect the third quarter GDP growth rate of 3.5% to prevail in the next 12 months. I expect to see 3.1% growth for 2019, which still will be a historically high level. The reduced pace is driven by two things. The first is Washington policy uncertainty associated with trade, monetary policy and foreign policy. The second is the limited supply and growing scarcity of qualified labor to fill growth-based jobs.

GSA: Is there anything unusual in the economy we should watch for in 2019?

Yandle: The U.S. economy is operating at a high level, and a large number of economic indicators are sending positive, but slightly weaker, signals. Still, we face a very unusual monetary policy challenge that was caused by actions taken by Congress and the Fed in an effort to counter the negative effects of the Great Recession. The Fed holds an unprecedented level of bonds, something that has never been seen before.  In addition, the Fed — as ordered by Congress — pays interest to banks on bank excess reserves held by the Fed, which has never been the case before. Banks earn a meaningful amount of interest income on excess reserves from the Fed. When and how the Fed reduces its massive level of bond holdings could significantly raise interest rates. Changes in Fed interest payment policy could encourage more bank lending and then lead to higher inflation. These two things bear watching.