Greer closes in on completion of CenterG

Greer’s $10.8 million CenterG streetscape is closing in on completion. Despite some weather setbacks, the project is on schedule to be complete this summer.

City officials and business operators broke ground along with construction crews in January 2019. 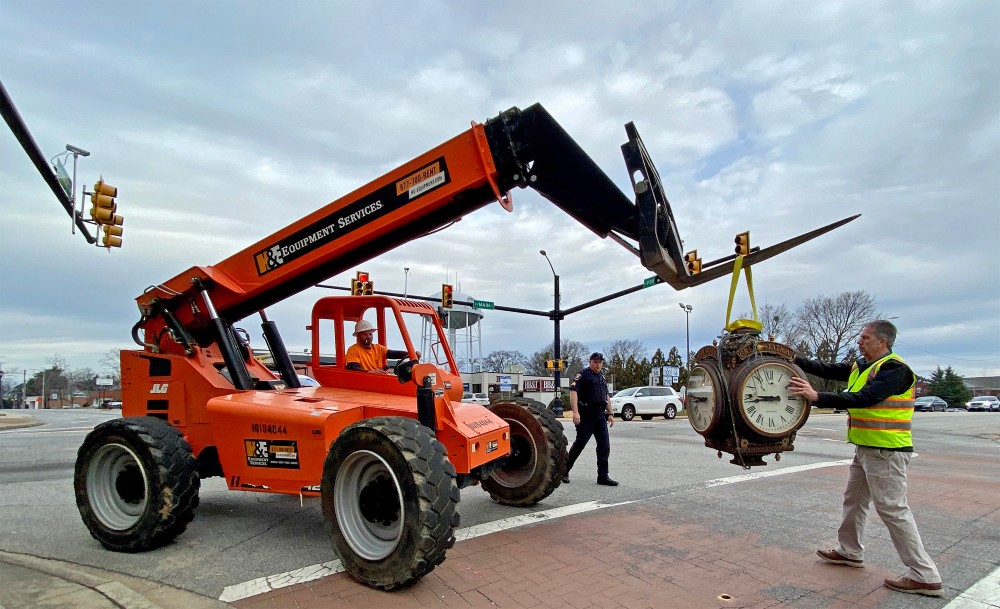 Mayor Richard Danner said then that the last time the town was transformed so thoroughly was when Greer did away with wooden sidewalks.

“Trade Street and those sidewalks can’t be underestimated in terms of what they do for our community,” he said. “They are the barometer of confidence this community has in its downtown. It is the heartbeat of our downtown.”

The city named the project CenterG, as a salute to the energy those streets bring to the city.

“Think about the synergy that (paved streets and sidewalks) created,” the mayor said. “We’ve gotten over a hundred years’ worth of use out of Trade Street. She is a grand old dame, but it’s time to retire her.”

Danner said the CenterG project will transform Greer for the next century.

The city of Greer set provisions in place to help downtown businesses continue to function during the disruption caused by the CenterG project. The city budgeted $150,000 in incentives for downtown merchants to apply for Greenville County Redevelopment Authority façade grants, according to a news release.

Eligible merchants could apply for a $10,000 grant – $5,000 from the city and $5,000 from the redevelopment authority – to improve their front or rear façade with no individual financial investment. If a merchant invested $5,000, the city also matched those funds, resulting in a total $20,000 for improvements, the release said.

The city improved and resurfaced three parking lots and alleys in 2018 to provide convenient access to rear entrances at Trade Street businesses. Electric vehicles have been available to shuttle customers at no charge throughout Greer Station.

Sossamon Construction is the lead contractor.