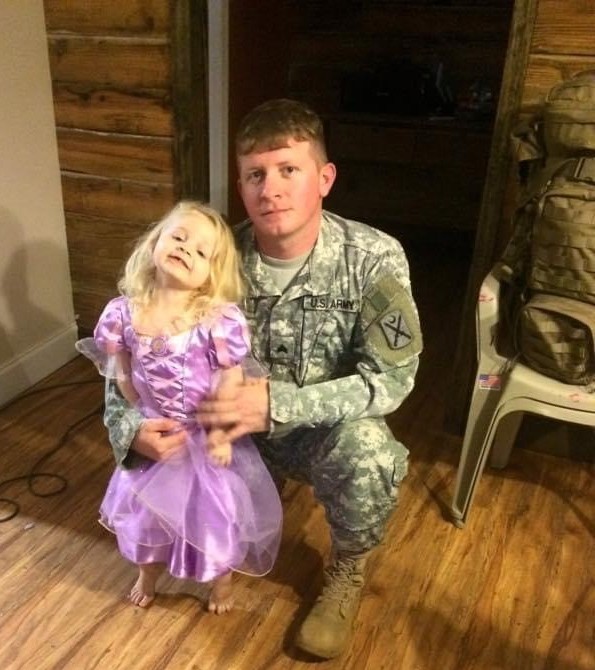 But having that accolade on his resume hasn’t always helped land a job outside the military, even after transitioning from active duty with the U.S. Army to the U.S. Army National Guard.

“When I was coming off active duty, that was probably the hardest time getting back into the civilian world and workforce,” he said.

Deployments up to 16-months could even be more tricky to leverage.

“It’s hard enough on us and our families when we’re about to leave or getting ready to leave,” he said. “I’ve been in situations where I was as nervous as ever to tell my employer that I had to leave, and it shouldn’t be like that.”

Roberts also recalls hearing leadership at past employers warn against hiring soldiers with the National Guard, and while this type of discrimination is illegal under the Uniformed Services Employment and Reemployment Rights Act, he’s seen that a number of employers are able to work around it.

“It’s very hard to keep a job in the guards,” he said.

Still, veteran unemployment rates have been improving in the Palmetto State over the past couple years. In 2016, the state’s veteran unemployment rate was 5%, which declined to 3.3% in 2018, according to a news release. According to 2019 data, only 1.8% of 201,000 veterans off active duty in South Carolina’s labor force remained unemployed, while the 50% pursuing a civilian career had landed a job.

Perhaps some of these improvements could be attributed to the veteran-friendly hiring campaigns conducted by Upstate companies like BASF and Lima One.

For Roberts, a career with BASF meant knowing that under the company’s Military Leave of Absence policy, he could leave for up to two years on active duty and would still have his job when he returned. The policy also allows for differential compensation for any type of military leave, according to the chemical company’s spokesperson Stephanie Malin.

The company also has no limits on time spent away for annual training or weekend reserve duty. Veteran employees are also eligible for six months of health and insurance benefits at active rates before COBRA continuation, she said.

Which, for Jerome Kirkland, a site manager at BASF’s Converse site and former Army Reserve veteran, is a small price to pay for the leadership skills, dependability and awareness, among other core competencies, that service members and former service members bring to the table.

“Being a veteran is a selfless, personal and private choice,” he said. “That brave choice opens up a soldier’s life to knowledge, opportunities and disciplines that most citizens would never understand. And those experiences make candidates from that background very attractive to BASF.”

As the company searches for 30 employees for their Seneca and Converse manufacturing sites, Kirkland said he wants to reiterate that BASF has always worked hard to make sure veterans are welcome.

“If we didn’t do those things, who will we be as a company to say that we’re going to be a leader in business and in the world if we don’t support those who help create this atmosphere for us,” he said.

Greenville mortgage lending company Lima One ensured that Rankin Blair, now the managing director of operations, would have a position to return to even after he left for up to several months at a time as a signal officer in the U.S. Army.

He has since exited the reserve but now, as an executive, appreciates the struggle that many veterans face in the transition to the civilian workforce.

“Certain military occupations don’t lend themselves very cleanly to the civilian workforce, so you have to spend a lot of time learning what skills they have and how those may translate,” Blair told GSA Business Report.

Again, he said that service members’ character and ability to keep cool under pressure make them an asset worth investing in, whether through professional development or extended leave, adding that most candidates with military experience have a much stronger work ethic than those fresh out of college.

“From our experience, service members and veterans are a tremendous asset to the organization and in order to recruit and retain these folks, more generous policies are really necessary to get the top caliber candidates,” he said.