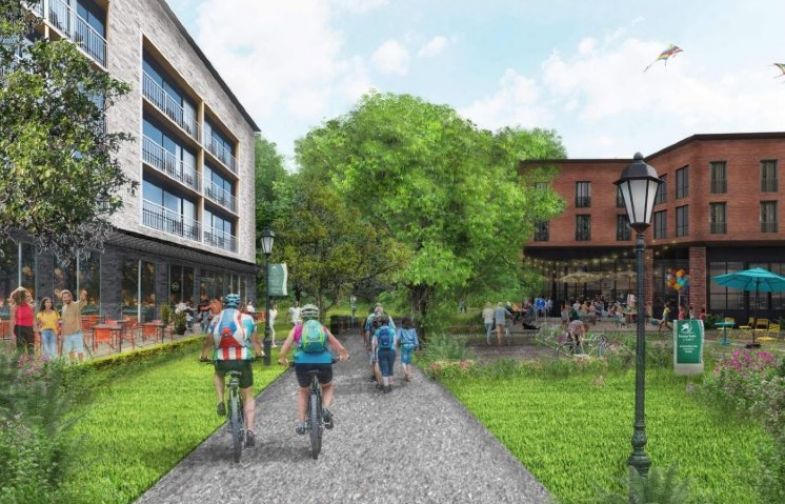 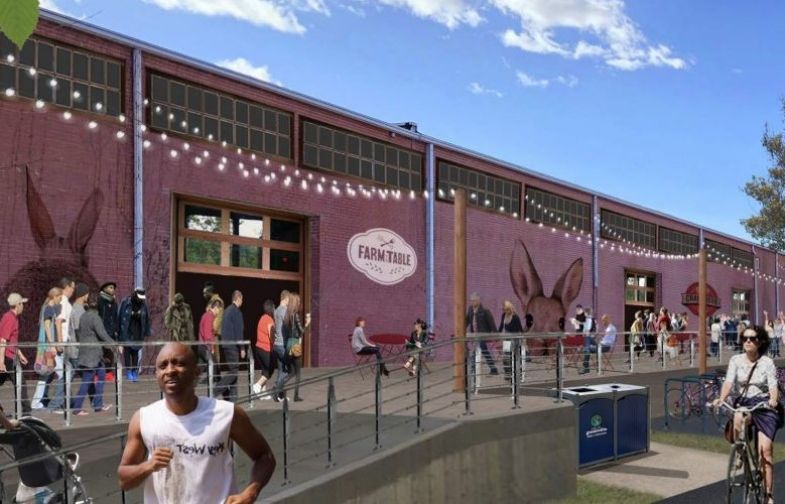 A rendering included in the trail's master plan suggest that a nearby industrial building could become a food hall with outdoor seating and amenities. (Photo/Stantec's Urban Places, Alta Planning and

The Greenville City Council adopted the latest development strategy for the Swamp Rabbit Trail’s 4.5-mile extension during its first meeting of the year Monday night.

The master plan explores land use and connectivity opportunities within a five-minute walk of plans for the trail’s extended “Green Line,” stretching from Cleveland Park to CU-ICAR alongside Laurens Road, according to the meeting agenda.

According to a presentation attached to the council agenda, objectives for the plan include connecting every nearby neighborhood to the trail, transforming Laurens Road and preserving housing and economic diversity in the area around the trail. Pedestrian-centric improvements to Laurens Road feature the addition of a 10-foot shared-use path with grassy buffers on either side of the travel lane. 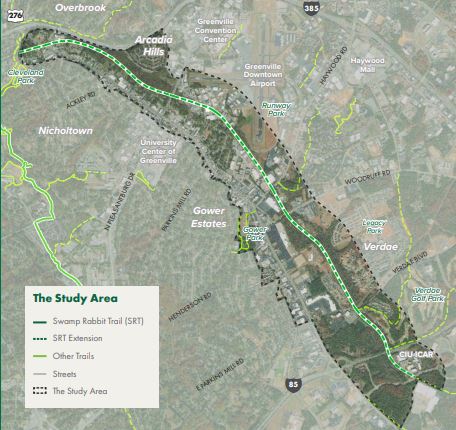 Property value within the master plan’s study area is expected to increase by a minimum of $1.5 billion over the next 10 years, according to the study. This is underscored by the Swamp Rabbit Trail’s existing $6.7 million annual economic impact in Greenville County and the 85% sales boost it brings to nearby businesses.

The plan identified possible public and private easement opportunities along the trail including access to the Washington Heights redevelopment and Holland Park development, as well as the development of a village center in Verdae with public open space. The plan also proposed a potential nature preserve around the CU-ICAR property.

The plan was approved unanimously by the city’s planning commission following a public hearing on Dec. 17.