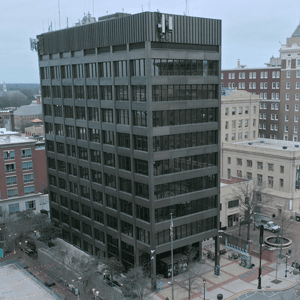 Liberty Bridge may be the most iconic site in the city of Greenville, and city officials might get a chance to benefit further from its accessibility and visibility, say representatives.

Greenville City Hall is so cramped, some staff use walk-up service counters as desks. The next eight years of maintenance would cost close to $5.75 million. And accessibility to council chambers and customer service functions remains limited, according to a news release, with challenging emergency access routes.

City officials are exploring an option to move city offices and services to the Bowater Building at 55 E. Camperdown Way at the edge of the Liberty Bridge. The council will also consider the sale of the current 206 S. Main St. location.

“This is a once in a generation opportunity,” Mayor Knox White said in the release. “Not only does the move to the Bowater Building put city employees and operations next to Greenville’s greatest natural resource, but it will also allow us to provide better customer service to citizens and those seeking to do business with us.”

Plans for a new City Hall include ground level council chambers, a “one-stop-shop” resident service area, and improved safety and security protocols, according to the release.