Some were pain management clinics. Others were drug testing laboratories or substance abuse counseling centers. All were owned or operated by Daniel McCollum and played a role in what the Justice Department maintains was the Greenville chiropractor’s web of illegal kickbacks and unnecessary opioid prescriptions, according to a news release from the acting U.S. attorney for South Carolina, Rhett DeHart.

At the conclusion of a two-year case — one of the largest ever False Claims Act judgements in the District of South Carolina — the U.S. District Court has entered $140 million in default judgements against McCollum’s network of clinics and laboratories, which operated out of Greenville, Spartanburg, Anderson, Easley, and western North Carolina, the news release said. 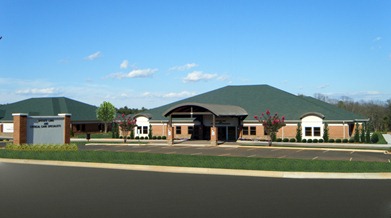 Under the whistleblower provisions of the False Claims Act, a private party can file an action on behalf of the United States and receive a portion of any recovery, according to the news release.

In its complaint, filed on May 31, 2019, the United States alleged the pain management clinics and drug testing laboratories provided illegal financial incentives to doctors and mid-level providers to induce the referrals of urinary drug tests, billed federal health care programs for unnecessary urinary drug testing and billed or caused to be billed false claims for steroid injections, opioid prescriptions and lidocaine ointment prescriptions that were medically unnecessary or lacked a legitimate medical purpose.

According to the claim, McCollum’s clinics violated the Stark Law, which prohibits billing Medicare for laboratory testing services ordered by a physician who has a financial relationship with the laboratory, and the Anti‑Kickback Statute, which prohibits offering or paying anything of value to induce the referral of items or services covered by federal health care programs, including laboratory testing services.

“Improper financial relationships between health care providers and laboratories can lead to overutilization and increase the cost of health care services paid for by the taxpayers,” acting Assistant Attorney General Brian Boynton of the Justice Department’s Civil Division, said in the release.  “We will continue to ensure that health care decisions are based on the needs of patients rather than the financial interests of providers.”

McCollum answered the United States’ complaint and remains a party to the ongoing litigation. The clinics and labs under his management or ownership, however, failed to defend against allegations, resulting in a $136 million Sept. 2 judgement.

The decision follows a July 20, 2020, default judgment of more than $4 million against ProLab and ProCare Counseling Center.

“Patients should not have to question whether their doctor recommended a test or procedure for personal gain,” DeHart said in the release.  “For years, these companies used improper financial incentives to generate health care provider referrals. This $140 million judgment is a cautionary tale of why health care fraud does not pay.”

The resolution obtained in this matter was the result of a coordinated effort between the Justice Department’s Civil Division, Commercial Litigation Branch, Fraud Section, and the U.S. Attorney’s Office for the District of South Carolina, with assistance from the Federal Bureau of Investigation, the Department of Health and Human Service’s Office of Inspector General, the S.C. Attorney General’s Office, and the Defense Criminal Investigative Service.