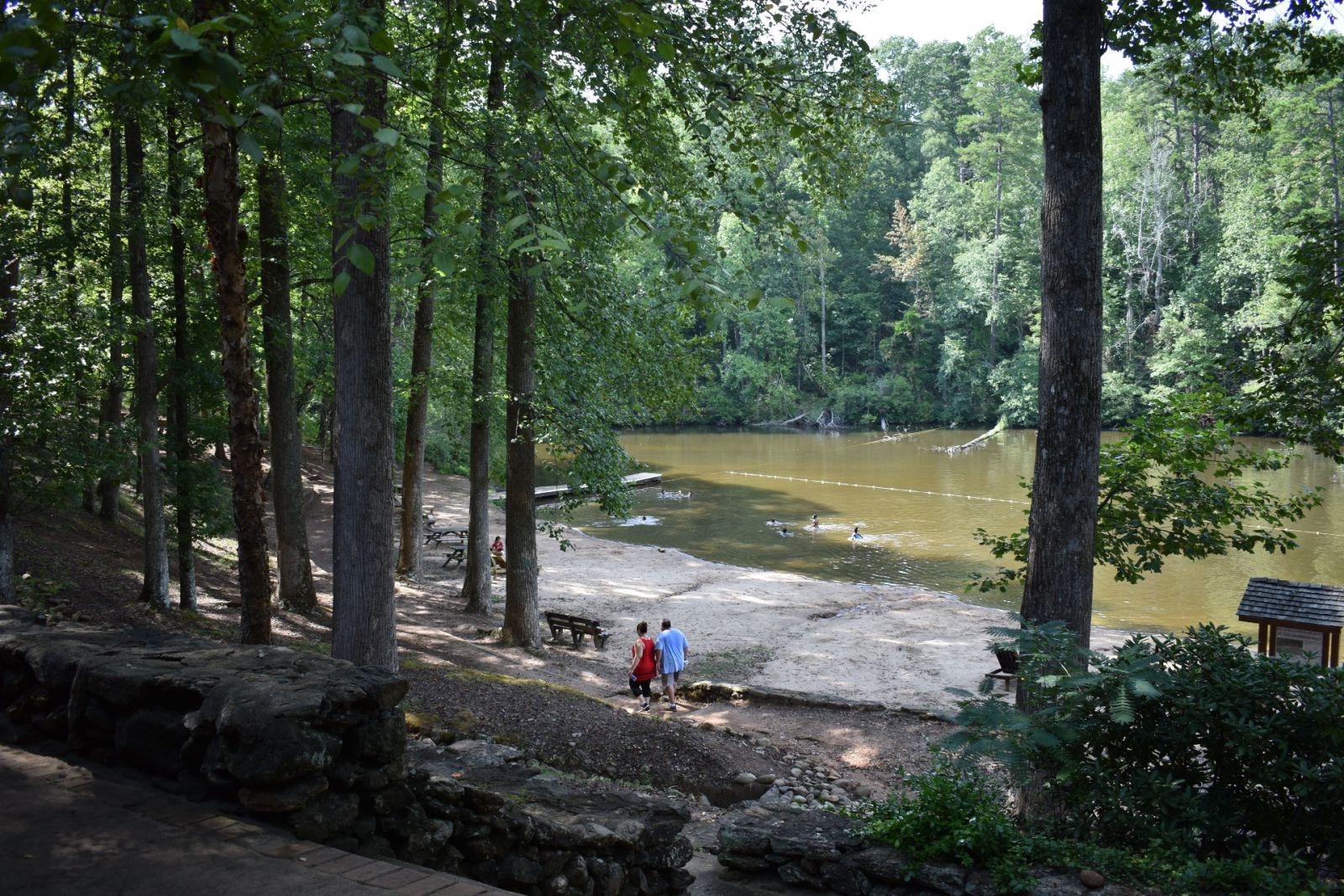 This story first appeared in the Sept. 7 print edition of GSA Business Report.

At Greenville’s Paris Mountain State Park, even late on a Tuesday — just an hour before sundown and an 8 p.m. closing — possies of hikers bustled through the wooded loop around Lake Placid. Cyclists zipped off trails into a parking lot with vehicles counted in the teens, while families, sopping from an evening swim, trudged to the park’s playground.

On weekends, rangers have turned visitors away on occasion, as the park regularly maxes out at its COVID-19 capacity of 200, or 80% of the Paris Mountain’s regular capacity, sometimes with multiple closures in a day.

Despite the limits and absent day-camp groups, “we’ve had more people than we’ve ever seen,” said Cathy Taylors, an interpretative ranger with the park service. She regularly has to explain to visitors who meet closed gates that the limits protect guests, trails and ecosystems from overcrowding and COVID-19 infection in rest areas.

And the buzz is not just at Paris Mountain.

While lodging occupancy may be down by at least 30.2% year-over-year across the state, according to a July report, this summer has been one of the busiest — and most lucrative — on record in the past few decades for the Palmetto State’s park system.

“The month of June brought the highest revenue from people going to our state parks … since it’s been recorded,” Lt. Gov. Pam Evette said during a sponsored video series with GSA Business Report, adding that the parks system was witnessing landmark reserve rates for next year. “People have wanted to get out and get some fresh air. They didn’t want to be locked up in their homes.”

Compared to last summer, May 1 to July 31 saw a $1.3 million or a 46% increase in state park revenue, according to agency director Paul McCormack. And despite losses fielded from completely closing for an entire month with limited camping capacity in the weeks that followed, camping revenue climbed at least 1% higher than numbers from the past financial year. Both McCormack and Taylor cited a boom in $99 Park Passport car tag purchases that gives entry into the state’s 47 parks for a year. May marked the highest number in passport revenues for any month on record.

“Certainly for my career and for recent history, the visitation this summer has been larger than anything we’ve seen, and I think that is a trend we are seeing nationally in parks, not just state parks, but national parks and local county parks as well. Visitation has been on the rise,” McCormack said. 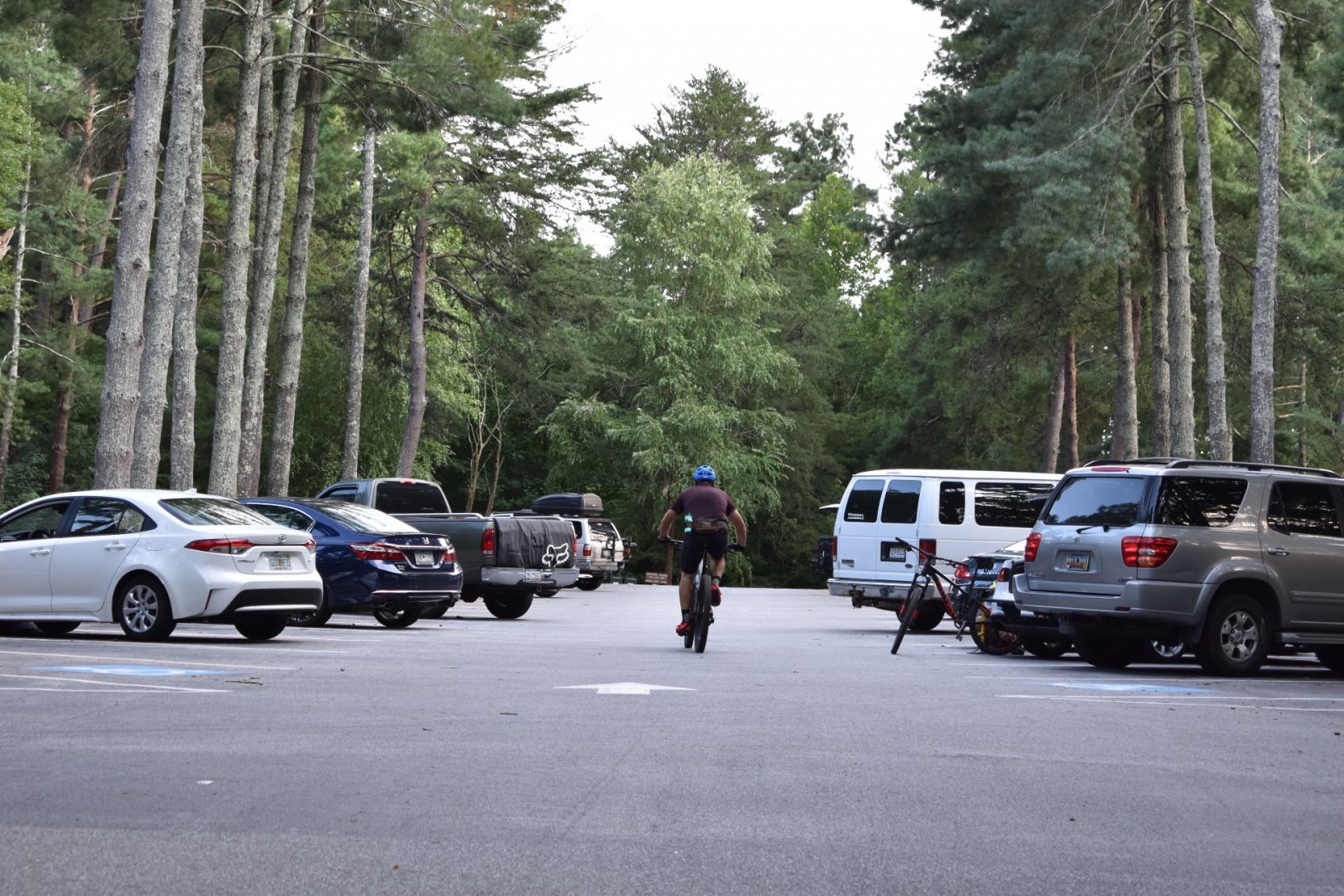 After park gates reopened May 1, 21 of the parks reached capacity that day. Many still regularly meet maximum visitor limits, which would happen no more than once or twice a year for most in the past. Granted, some carrying capacities have been curtailed, especially in destinations like Jones Gap and Devil’s Fork state parks, where parking is limited, he said, but the surge in visitors is unparalleled in his decades-long stint with the state parks.

“We are one of the few things competing for people’s free time now” he said, adding that many parks welcomed first-time visitors this summer who may have spent their Saturdays at a movie theater or sports arena instead before the pandemic.

According to Brie Logue, spokesperson for the S.C. Department of Parks, Recreation and Tourism, lesser-known parks like Dillon’s Little Pee Dee Park, Lancaster’s Andrew Jackson Park and McCormack’s Hickory Knob, scraped their capacity limit for the first time ever during the month of May. Another “hidden gem” park, Lee State Park, a greenspace near Bishopville frequented by picnickers, doubled its camping occupancy in 2020, drawing in $30,000 more in revenue than last year, she said. Even the S.C. State Parks website is busier, with an 82% increase in traffic in May compared to the same time last year.

The most popular parks have continued to reach capacity as COVID-19 limits rise, McCormack said.

“The Upstate is not full of lesser known parks,” he said. “Some of the crown jewels of the park service rests in Upstate South Carolina, so the Highway 11 parks — Table Rock, Keowee, Devil’s Fork, the Mountain Bridge Wilderness — have always been loved and appreciated by Greenville and citizens of Greenville, South Carolina.”

And the park system is far from the only beneficiary to soaring interest in the outdoors. Since McCormack’s time as a ranger at Paris Mountain in 1990, he said he has been amazed by how much Greenville’s outdoors economy, from cycling stores to kayaking tours, has blossomed, even prior to the installation of the Swamp Rabbit trail.

Oconee County’s Devil’s Fork Park and Georgetown County’s Huntington Beach also came to mind when McCormack spoke to localities whose economic lifeblood flows from the river and trail systems that lace nearby parks.

“State parks, whether they’re located right there in Georgetown or in rural South Carolina are economic engines for so many businesses,” said McCormack.

Local parks and recreation funding generates an approximate $1.2 trillion economic impact in the Palmetto State and supports 11,064 jobs, said a 2017 National Recreation and Park Association study. Wildlife-watching, fishing and hunting trips alone create an estimated 31,958 jobs and an economic footprint of $2.7 billion each year, according to S.C. Department of Natural Resources.

“We have actually been overwhelmed with tourism traffic,” Ken Sloan, president and CEO of Visit Oconee SC, said in an email. “It is my understanding that Devil’s Forks State Park has been full every weekend since May. Once their parking lot is full, they have to turn visitors away.”

This adds up to more than 7,000 vehicles turned away since May, or more than 600 per weekend, he said. Camping and RV sites at county parks have also been booked for months, with Lake Keowee’s landings full every weekend. While the county’s whitewater rafting traffic churned at a slow pace early in the early, particularly after guides shuttered doors for several months, now, companies have been almost fully booked every day, Sloan told GSA Business Report.