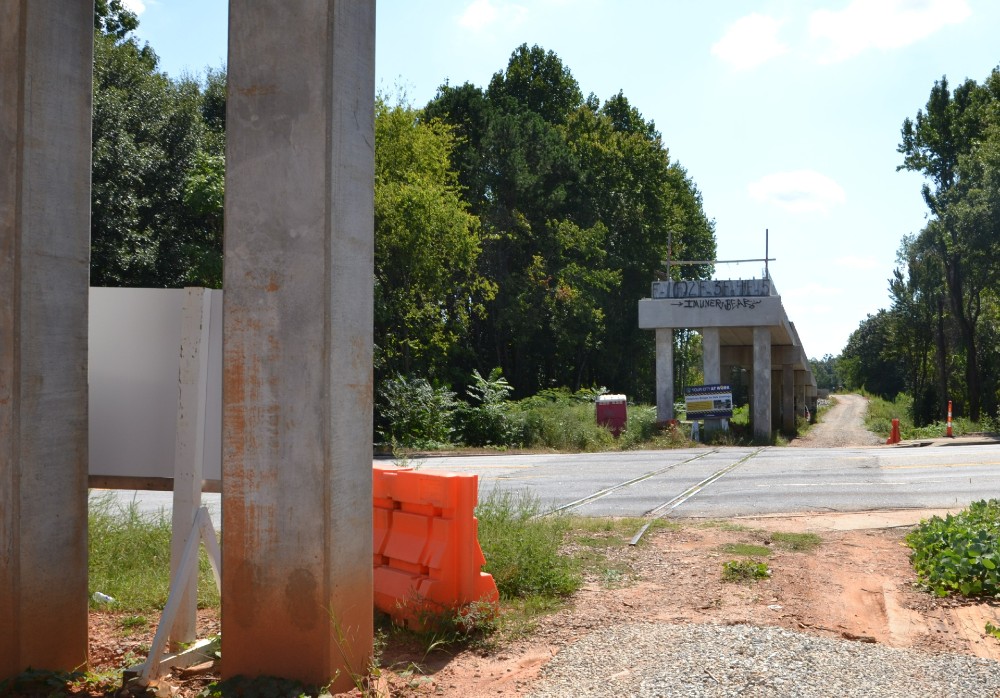 The Prisma Health Swamp Rabbit Trail extension master plan was launched by the city of Greenville in November 2019, and the City Council adopted the last development strategy for the trail’s 4.5-mile extension last January.

The master plan explores land use and connectivity opportunities within a five-minute walk of the planned Green Line extension, stretching from Cleveland Park to the Clemson University International Center for Automotive Research alongside Laurens Road.

The bridges are expected to be completed by the end of the year while The Paper Clip, which is named primarily due to the series of switchbacks that will be parallel to Laurens Road, is anticipated to open early next year. According to Calin Owens, city of Greenville mobility coordinator, the Swamp Rabbit Trail extension is estimated to be fully completed by March. 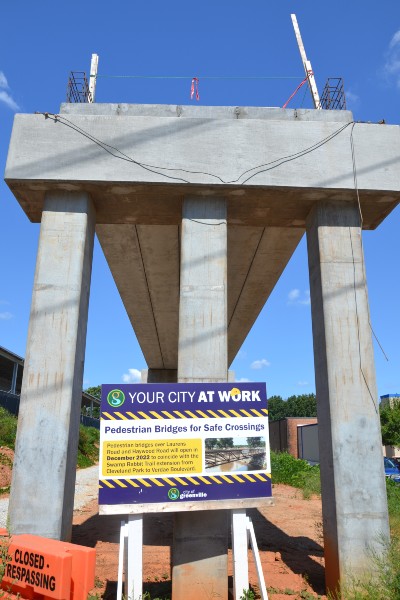 “The extension of the trail is only an expansion of what everyone already loves about it,” Owens said. “We know there will be a massive ROI once it’s finished based on what we already know.”

Owens said the Laurens Road corridor is already built out and “urbanized,” and the extension will allow greater access to residents and commuters to their offices, businesses, homes and recreational activities while being an economic driver for the city. The trail counter has estimated more than 1 million people a year are on the Swamp Rabbit Trail, so it’s not a stretch of imagination that it will continue to positively impact the Greenville economy, since local businesses and developments have positioned themselves along the trail already.

“People typically on the trail are there to spend money and do something fun,” Owens said.

The Swamp Rabbit Trail is a 23-mile greenway system routed between Greenville and Travelers Rest. It will grow to 28 miles with the new segment. The trail undoubtedly reaches its goals of providing active transportation alternatives while simultaneously promoting economic vitality in the region, according to the city’s master plan. As the proposed trail extension would reach a larger resident population, the master plan suggests a greater opportunity for connectivity and access to the future trail from surrounding neighborhoods, the plan says.

Moreover, the city feels the plan for the extension would be supportive to future developments and redevelopment along the Laurens Road corridor, which would potentially encourage housing diversification and promote economic growth.

Property value within the master plan’s study area is expected to increase by a minimum of $1.5 billion over the next 10 years, according to the plan. This is underscored by the Swamp Rabbit Trail’s existing $6.7 million annual economic impact in Greenville County and the 85% sales boost it brings to nearby businesses, according to a previous report.

The plan identified possible public and private easement opportunities along the trail including access to the Washington Heights redevelopment and Holland Park development, as well as the development of a village center in Verdae with public open space. The plan also proposed a potential nature preserve around the CU-ICAR property.

Krys Merryman is a staff writer for SC Biz News.