A record-setting 135,371 people came to Spartanburg in 2016 to watch the Carolina Panthers at their training camp. City and county officials want to leverage that number to show there’s more to do than watch a professional football team prepare for its season.

Attendance to the training camp increased by 58% from 2014 to 2015 and 74% from 2015 to 2016, according to the Spartanburg Convention & Visitors Bureau. The organization estimated more than $6 million in incremental spending in 2016 from visitors who traveled more than 50 miles to the camp. 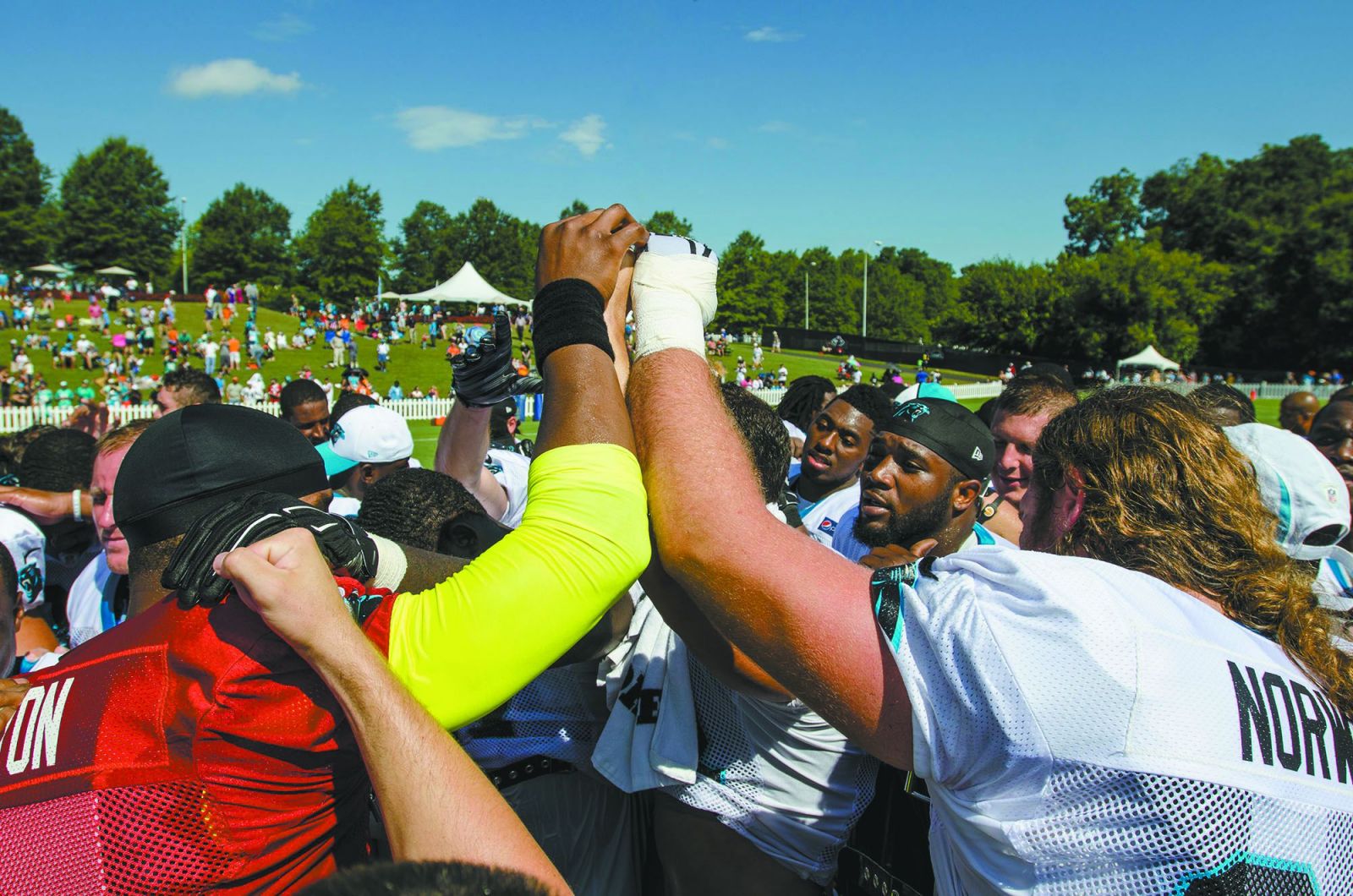 “The challenge this year is last year was a record,” said Chris Jennings, executive vice president of the Spartanburg Convention & Visitors Bureau. “I love to top a record, and we’ve done a pretty good job at managing that as an expectation.”

He said going over 135,000 this year might be a stretch considering the success the Panthers had in 2015 with the season culminated with a trip to the Super Bowl. Jennings said getting 100,000 visitors or more for the camp which starts July 26 would be considered a success.

In a report prepared by Clemson University senior lecturer Bob Brookover, local government has benefited from the Panthers holding camp in Spartanburg. Both the city of Spartanburg and Spartanburg County received more than $700,000 in economic activity generated from the camp. That was an increase over the $400,000 reported in 2015. The report also found that state government picked up $2.3 million in economic impact from the camp in 2016, and the camp supported 263 jobs in 2016 compared to 174 in 2015.

“Business-wise, it has been really good,” said Craig Kinley, owner of Growler Haus, a craft beer retailer in Spartanburg. “We see an increase of tourists and local fans, and they really seem to spend more time and money in the downtown Spartanburg area.”

While 57.7% of visitors to the 2016 camp came from the Upstate, 19.5% came from Charlotte and more than 4% each came from the Greensboro, N.C., area and Columbia. The Spartanburg Convention and Visitors Bureau found visitors came from as far away as the Harlingen, Texas, region and Omaha, Neb.

Wofford College and the CVB worked on a schedule showing visitors what they can do during the day at the training camp. The schedule describes where to eat breakfast, lunch and dinner as well as showing different places to check out around downtown Spartanburg.

“This town is literally blowing up with new development,” Jennings said. “There is always something going on downtown and something entertainment-wise.”

He added the point of the plan was to create a true fan experience and couple the camp at Wofford with various attractions and events in Spartanburg.

“This is Spartanburg’s prime time, and summer is in its full glory,” Jennings said. “The Panthers are the crown jewel, and we are not going to let that get dull.”

The number of visitors that came to Spartanburg for the Carolina Panthers’ training camp set a record in 2016. According to an economic impact report, direct spending from camp visitors has more than doubled from 2014 to 2016.

“This town is literally blowing up with new development,” Jennings said. I don't think you know what literally means.