Construction will start this week on Home2 Suites by Hilton in downtown Anderson at the corner of South Main and East Market streets, according to the city of Anderson and developer Main at Market LLC. 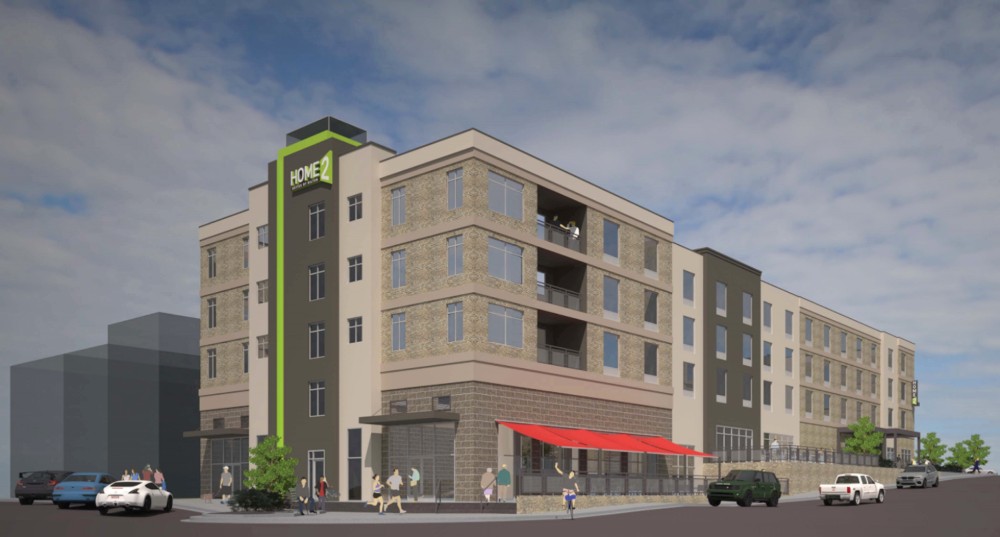 The hotel will be a focused-service property affiliated with the Hilton family of properties. The developer, Main at Market LLC, is a new partnership between Paragon Hotel Co., headquartered in Anderson, and Steve Timmons of Greenville. Paragon Hotel Co. also will function as the management company overseeing day to day activities once the hotel opens, according to a news release.

The hotel will be a multi-story structure with 87 guestrooms and retail/restaurant space on the first floor. Amenities will include conference rooms and meeting spaces along with an outdoor fire pit and swimming pool, the release said.

“This important economic development project has evolved thanks to the efforts of many people. Our mayor and city council are to be commended for their visionary leadership throughout the process,” David McCuen, Anderson city manager, said in the release. “We appreciate the support we’ve had from Anderson County and the professionals from Main at Market during the planning phase. And we also appreciate the support we’ve had from the public. We look forward to working with Van Winkle and Fontaine as the process moves ahead to completion.”

Construction is expected to be finished within 24 months, the release said.