Greenville is home to D.J. Rama. Being a developer in the city is his way of paying homage to the city’s history. As president and CEO of Auro Hotels, he has already led the development of a dual hotel property this year — a Residence Inn and SpringHill Suites under one roof in downtown Greenville. His latest project is the AC Hotel at Camperdown. 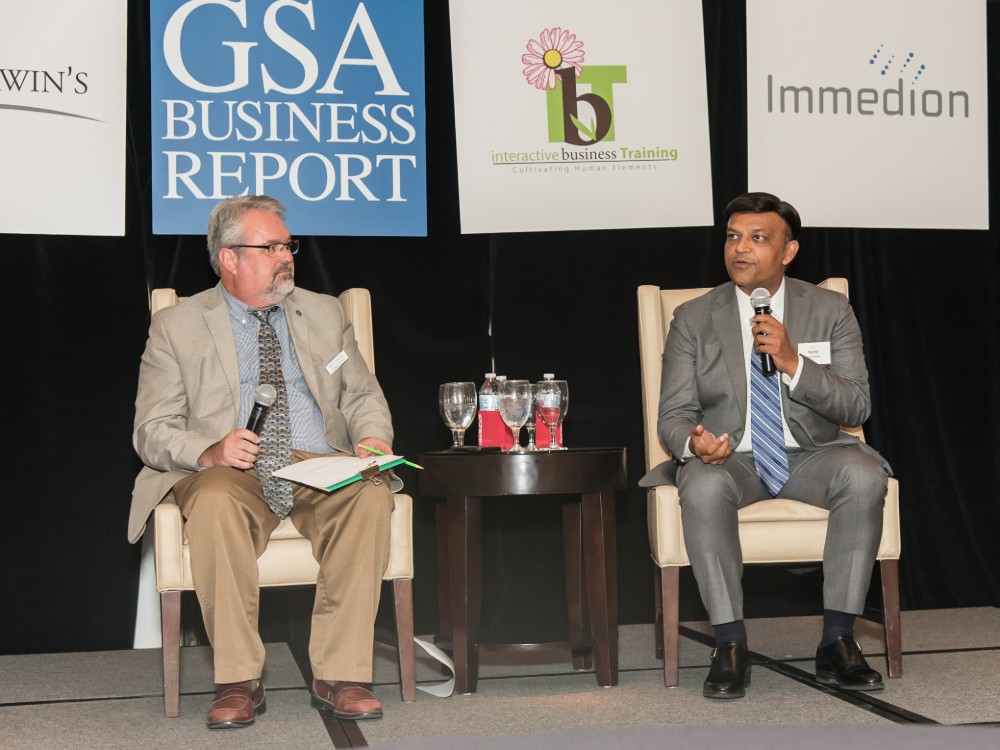 “We wanted to create a product that pays homage to five things — Greenville News, nature of the Upstate, the textile mill, the art and the theater district and bygone spaces,” Rama said during a presentation at a GSA Business Report Power Event on Monday. “What I mean by that is the old textile mills and all the different things that we used to remember but we don’t remember them anymore.”

“It’s probably one of the most important corners in the city,” he said. “It’s part of the fabric of Main Street.”

Rama used several designers for the hotel, with the food and beverage offerings designed by a group in Atlanta and the interior design by a group in New York City. He said the design “shakes things up, where old meets new” and creates a theme he called European Modern Printhouse, “to pay homage to the Greenville News.”

The AC Hotel has been designed using materials of the print shop, like the floorings and the printing press, the back wall of the registration counter will be made from beams that were part of the Greenville News building.

“What we like about this is it’s a lifestyle brand,” Rama said of Auro Hotels and its new AC Hotel. “What we do in the Marriott family is not build a prototype; it’s too important to us as a company. We’re going to do what we’re going to do. Don’t expect anything to be prototypical.”

The AC Hotel is a Marriott International property owned and operated by Auro Hotels, which also owns the Hyatt at the other end of downtown Main Street.

Rama said the AC Hotel is designed in an open architectural way “that allows us to create whatever we want to create, but then drop (in) a lifestyle component.”

The hotel will have 197 rooms with six suites.  Then there’s what Rama calls a “speakeasy,” a 40-seat bar in the area once occupied by the editor of the Greenville News. Local art will be on display throughout the hotel.

The 16,000-square-foot rooftop will include about 2,000 square feet of event space. Visitors to the rooftop will gain access to the venue through designated elevators accessed from the plaza so that diners won’t have to walk through the hotel, Rama said.

About 700 parking spaces are planned at the location.