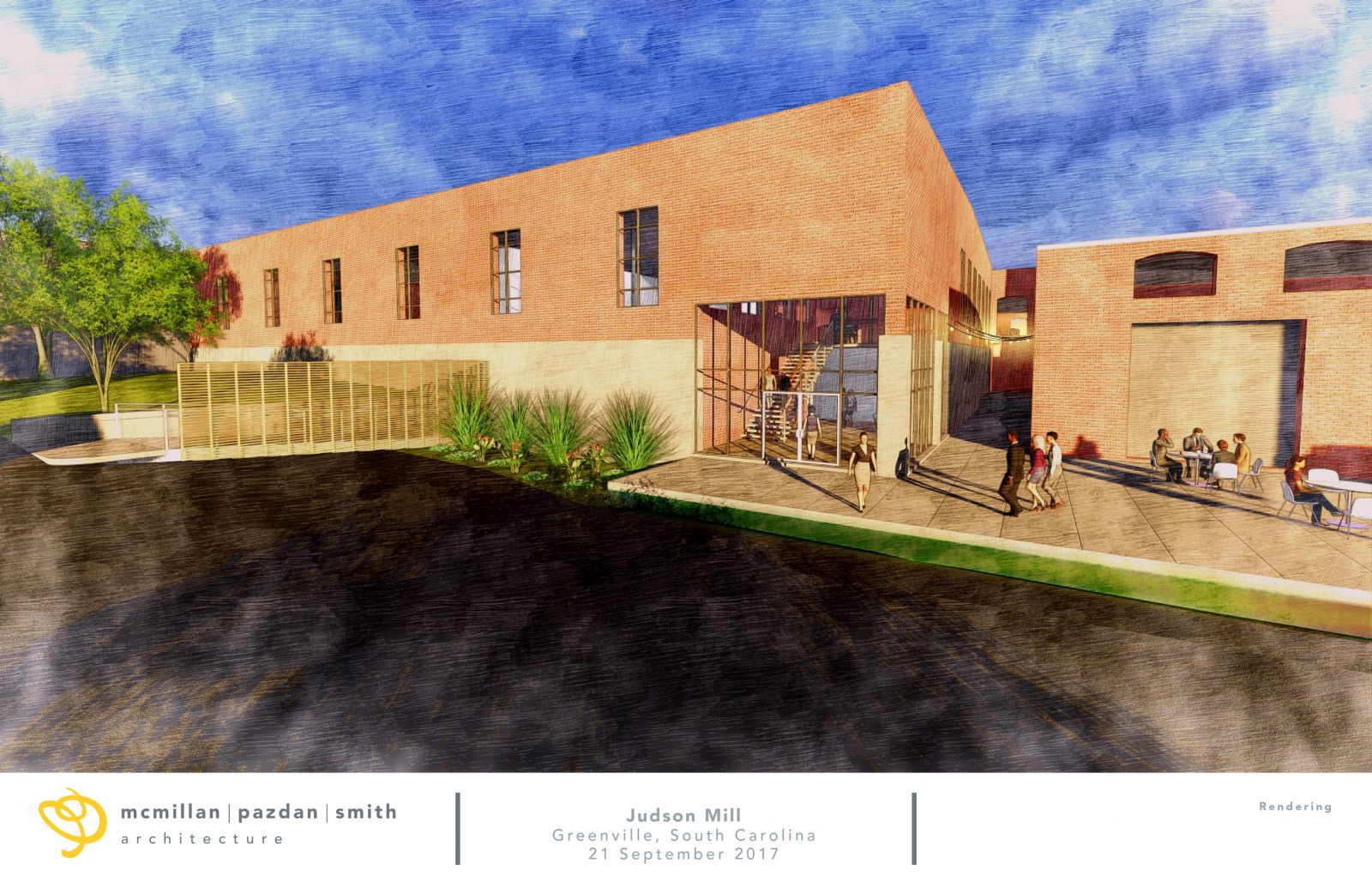 West Greenville’s 800,000-square-foot historical redevelopment project is set to receive $16.5 million in New Markets Tax Credits for the completion of its $19 million commercial phase, in conjunction with historic and S.C. mill tax credits.

The site’s 1950-era 107,269-square-foot warehouse will house Feed and Seed, a local food security nonprofit, and the YMCA of Greenville, which will extend over 13,000 square feet of the building. Other tenants will include a 12,000-square-foot music venue and 30,000-square-foot Rockoon Climbing Gym and equipment store according to developer Tom Taft, Sr. of Taft Family Ventures, based in Greenville, N.C. Taft is partnering with Belmont Sayre Holdings in Chapel Hill, N.C., on the project.

Taft said the yet-to-be announced music venue will draw both regional and national groups to the area.

“It’s really a nice mix of community service and recreational activities, quite frankly,” Taft said. “We’re really excited about it. It’s going to be a major step forward for the entire project.”

The second phase follows the ongoing redevelopment of the roughly 100-year-old former Milliken mill into 204 loft-style market-rate and workforce multi-family apartments expected to reach completion in February or March 2021, Taft said, adding that the project was about 65% complete.  Future plans will open up space for additional office, residential and retail tenants including potentially 30,000-square-feet of available space in the warehouse site. Three additional buildings on site – part of the project’s third phase – are the target sites for additional tenants.

Eventually, Taft also hopes to transform the project’s mill smokestack power house – a community landmark – into an “Class A” upscale restaurant within the next year.

The Innovate Fund, a community development entity managed by Tax Advantage Group by Cherry Bekaert and the Greenville Local Development Corp. agreed to arrange the credits for the 35-acre project yesterday. The project has the potential to serve 1,180 low-income residents in an Appalachian Regional Commission Distressed Area, according to a news release.

About 2,376 people each year are expected to have access to tenants’ services, tailored for a West Greenville neighborhood that is designated as a food desert with a poverty rate of 44.2%. The YMCA and Feed and Seed’s local produce stands and community gardens will offer reduced rates for low income customers, according to a news release.

Whitney Ferguson, program manager of The Innovate Fund, said the completion of the project’s second phase will catalyze additional features of the more than $125 million redevelopment, according to the release. Other financial partners for the project include CommunityWorks, Reinvestment Fund, Foss & Company and Truist Bank, the release said.

"This project brings The Innovate Fund's investment in West Greenville to $46.7 million, providing both quality jobs and community services to an area of Greenville that has not seen the same resurgence as downtown Greenville,” Tammie Hoy-Hawkins, CEO of CommunityWorks, said in the release. “It's exactly for this reason that both CommunityWorks and The Innovate Fund have prioritized investment in this low-income community."